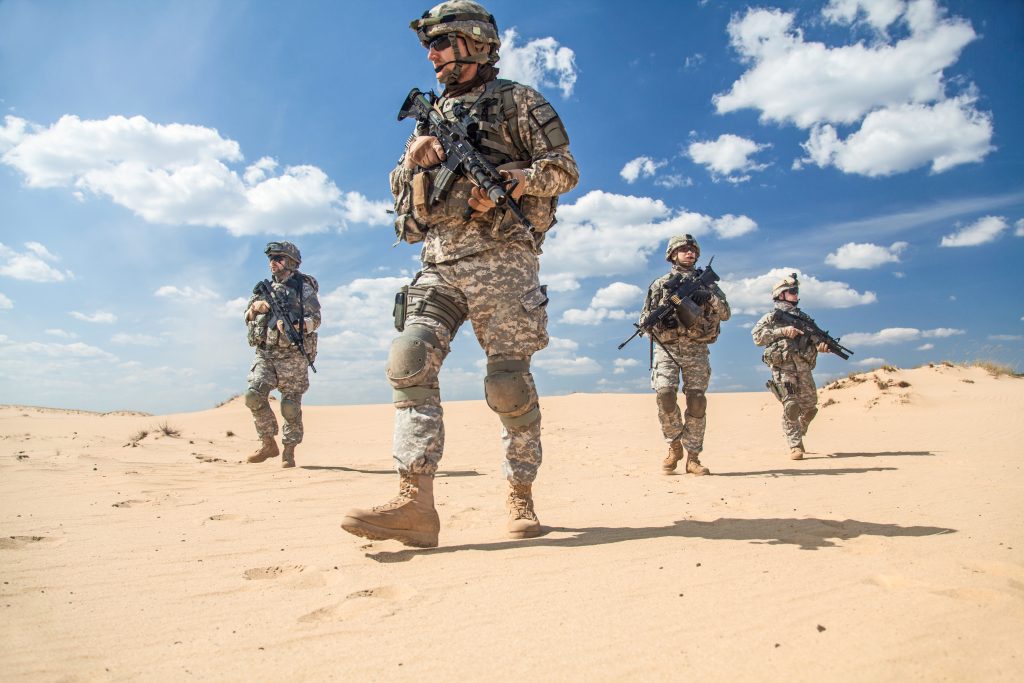 Airborne Day is a chance to pay tribute to the courage and dedication of airborne members of the Armed Forces. The special day has been marked every year since 1997 when it was created by American President George W Bush.

The date chosen for the occasion was the anniversary of the first official US Army parachute jump in 1940. Forty-eight volunteers, who were all members of the Parachute Test Platoon, carried out a successful jump in Georgia – showing the way forward to hundreds of thousands of paratroopers who later followed in their footsteps.

Each year on Airborne Day, a ceremony is held at Fort Bragg, North Carolina, which is the home of the 82nd Airborne Division. There are also services in other parts of the US and paratroopers have marked the occasion in Afghanistan. If there isn’t a service in your area, you can still mark the day by holding a minute’s silence.

In terms of young or old warfare tactics, using American airborne forces to surprise an enemy by landing behind battle lines has only been a “thing” since the 1940s. It was just after World War I when, perhaps looking back in hindsight with better vision, Brigadier General Billy Mitchell first came up with a viable version of the idea of “dropping” troops into combat. The idea was developed and tested at Fort Benning, Georgia, and first “went live” in the North African campaign of the Second World War, meeting with decisive success.

Perhaps best illustrated by the film “Saving Private Ryan,” paratroopers in WWII suffered some disadvantages when they parachuted into German territories, such as disorientation or losing their sense of compass directions during a nighttime paratrooper assault. The second was a lack of ready supplies. Airborne troops sometimes had to scrounge, be cunning, and exploit every resource to procure food, weapons, and ammunition. And that’s to say nothing about being surrounded by the enemy on all sides!

National Airborne Day is also a time to recognize the vigorous training of airborne units in the Army. The safety of this training is also important to note. A jumpmasters attention to detail is critical, with equipment checked regularly.

Airborne tactics have steadily advanced alongside other military strategies, up until 2002, when President Bush’s proclamation made the anniversary of the first airborne assault a holiday. The U.S. Senate backed that up in Senate Resolution 235 in 2009. Since then, August 16 is a patriotic day with a special cachet because airborne troops are said to be the elite of the elite, earning top honors across the Armed Services.

HOW TO OBSERVE THE NATIONAL AIRBORNE DAY?