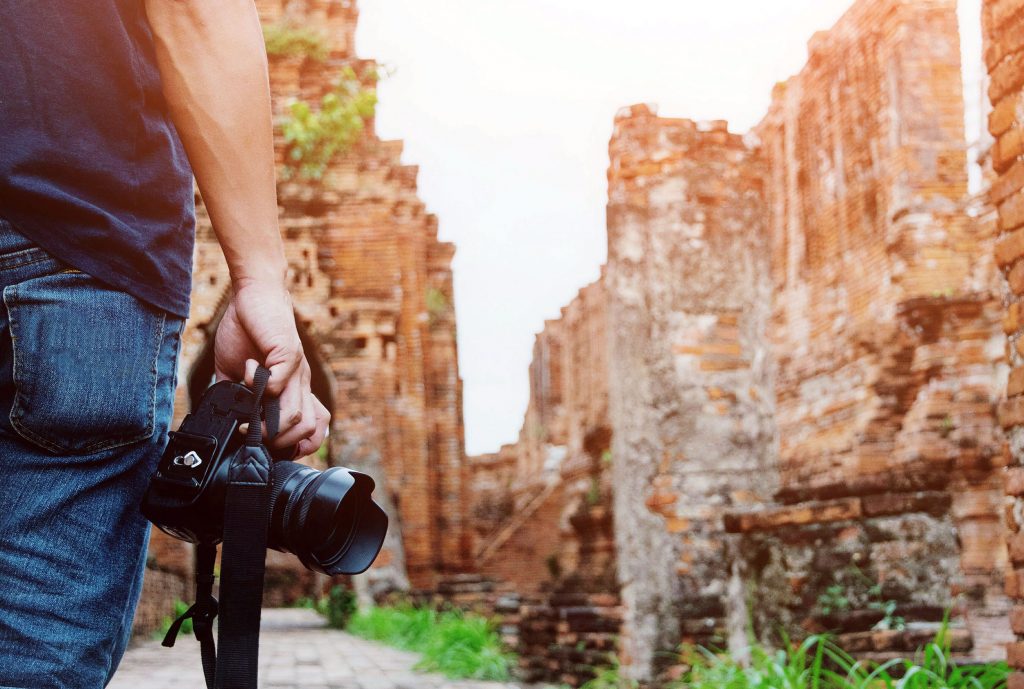 The camera, in all of its many forms, is to be celebrated. This humble device has become a major part of our lives, and so, on  Camera Day, snap some photos during your lunch hour, on your commute to work, or whenever a moment of inspiration strikes.

Of course, the way you take pictures probably won’t be the way that people did it before the advent of digital photography and smart devices. Readers of a younger generation will be reaching for their smartphones to take photos of the world around them. And even if you are somebody who was well-versed in the wonderful world of 35mm film and zoom lenses, you might still find yourself reaching for your mobile device instead of that vintage camera from yesteryear.

Still, no matter what type of device you use to take photos, do something this Camera Day. We all need to express ourselves creatively, so let your juices flow when you’re out and about or pottering around in your home, and take some magical pics.

Cameras and photography have developed substantially over the years, from its early roots with the French inventor Joseph Niépce right up to modern-day digital photography.

Joseph Niépce was a French inventor and is most noted as one of the inventors of photography and as a pioneer in the field. He developed the heliograph; a technique used to produce the world’s first known photograph in 1825, the view from the window at Le Gras the family estate.

In 1839, Louis Jacques Daguerre took the first fixed image that didn’t fade. He is recognized for his invention of the daguerreotype process of photography. He became known as one of the fathers of photography. His method required 30 minutes of exposure. He named the process – the Daguerreotype. Tintypes were developed in 1856 by Hamilton-Smith and decades later, George Eastman invented flexible and unbreakable films that could be rolled. This was the birth of the first Kodak that was offered for sale in 1888.

In 1925 the Leica I went on sale, and its immediate popularity spawned a number of competitors. Kodak was one such competitor, and they released the Retina I in 1934.  Though 35 mm cameras were still out of reach for most people things would soon change with the introduction of the inexpensive Argus A in 1936. The Japanese camera industry began with the birth of Canon in 1936 with its 35 mm rangefinder. Japanese cameras would soon become incredibly popular in the West after the Korean War as veterans and soldiers stationed in Japan brought them back to the United States.

While conventional cameras were becoming more refined and sophisticated, an entirely new type of camera appeared on the market in 1948. While TSLR and SLR were still the rage this new camera would change the way people would capture memories. This was the Polaroid, the world’s first instant-picture camera where no film development was needed. Known as a Land Camera after its inventor, Edwin Land, this camera was able to produce finished positive prints from the exposed negatives in under a minute. This new camera took the market by storm as people no longer had to sit still for long periods of time in order for their photographer to snap a picture.

The first digital camera that was commercially sold was in December of 1989 in Japan, the DS-X by Fuji. In 1991, Kodak brought to market the Kodak DCS-100, the beginning of a long line of professional Kodak DCS SLR cameras that were based in part on film bodies. It used a 1.3-megapixel sensor and was priced at $13,000.

The first commercially available digital camera, in the United States, was the 1990 Dycam Model 1. It was originally a commercial failure because it was black and white, low in resolution, and cost nearly $1,000 but this changed and soon became loved by photographers.

With the standardization of JPEG and MPEG in 1988,  image and video files could be compressed for storage onto an SD or CF card. With the introduction of the Nikon D1 in 1999 at 2.47 megapixels, this was the first digital SLR that was entirely by a major manufacturer. The D1 cost just under $6,000 and was inexpensive for professional photographers and high-end consumers. This camera also used Nikon F-mount lenses, which meant photographers could utilize many of the lenses they already owned.

By 2010, nearly all mobile phones featured a built-in camera with a resolution of 1-2 megapixels digital video camera. Many cameras also featured built-in GPS.