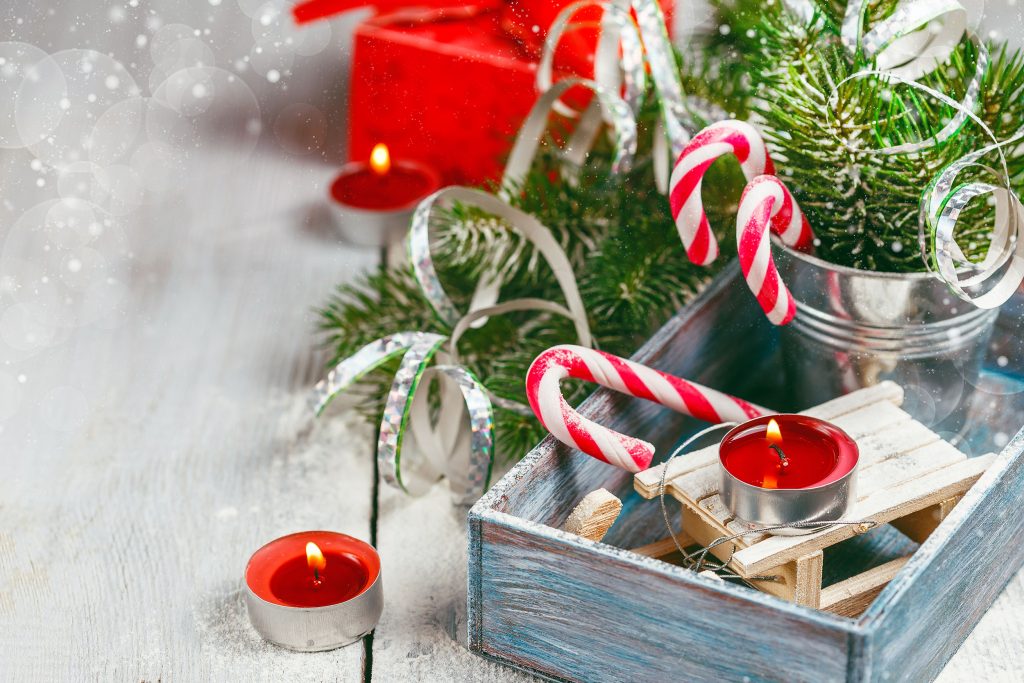 National Candy Cane Day is celebrated each year on December 26th, which gives candy lovers a day to celebrate the red and white striped candies found abundantly during the holidays.

A lot of things have their own day dedicated to them; one you may not have known about is the candy cane. Yes, this veritable symbol of tasty festivity has a dedicated day, so if you ever needed an excuse to stockpile them or indulge, now you have one. So let the deliciousness begin!

The festive period gives us the perfect opportunity to indulge in all of our favorite treats, but make sure you leave some room in your stomach for a few candy canes! These sugary sticks have been a tradition for a lot longer than a lot of people realize. In fact, their beginnings can be traced to the 17th century in Germany. Typically featuring red and white stripes, the candy cane was curved to represent a shepherd’s crook. Today, we see them on Christmas trees throughout the festive period, with a lot of people also giving candy canes as gifts too.

We have seen many different candy cane flavors released onto the market over the years. The traditional flavor is peppermint. However, you can find candy canes in everything from cherry flavor to chocolate candy canes. There are also many different color combinations too. The red and white striped version is the classic combination, with a lot of stores also stocking red, white, and green candy canes.

If you fancy something a bit different, though, you shouldn’t find it too hard to find candy canes in other colors. We have also seen some pretty crazy candy cane flavors over the year, from bacon to pickle flavor! If you’re looking for a good practical joke to play on one of your friends over the festive period, a wasabi flavored candy cane will do the trick!

We definitely think that Candy Cane Day is one to be celebrated. Candy canes remind us that it is the holiday period, and this is the time of the year that most people tend to be happy because they get to spend it with their loved ones. Candy canes can also remind us of the memories we had as a child. Simply opening the wrapper can take you back to special moments that you shared with your family.

Plus, did you know that there are actually a number of benefits that are associated with candy canes? Candy canes are made from water, peppermint oil, and sugar. These ingredients can serve as a mood booster, as well as aiding digestion and helping with bad breath. In that case, we will take a bunch of them!

Candy canes are so ubiquitous during the holiday season that they are practically considered part of Christmas itself. However, very few people know when, where, or how candy canes came into existence, though it is a very interesting story. According to German folklore, the first candy canes were made in the 17th century when a choirmaster in Cologne, Germany, needed to find a way to keep the children quiet during the exceptionally long Christmas Eve Mass.

So he ordered peppermint-flavored candy sticks from a local confectioner, but with a few twists of his own, steeping them in religious symbolism. Firstly, he requested the sticks to be on the shape we know them so they could be a visual representation of sorts of the canes that the shepherds are coming to visit the baby Jesus might have had. Some also say that when turned upside-down, the candy cane becomes the letter J, which stands for Jesus.

Furthermore, the choirmaster asked for the sticks to be white (to represent the sinless, pure life Jesus lived) and red (to represent the blood Jesus lost when he was crucified for the sins of mankind). Of course, there is no solid evidence for this, and modern candy cane historians, or whoever looked into it, have disputed the ideas presented here. Luckily, however, you can enjoy the candy cane on its special day with or without this kind of expert knowledge.

In 1844, a recipe for a straight peppermint candy stick, which was white with colored stripes, was published. However, some stories tell of all-white candy sticks in much earlier times. Folklore tells of the origin of the candy cane, yet no documented proof of its real beginning. Literature begins mentioning the candy cane in 1866, and it was first known to be mentioned in connection with Christmas in 1874. As early as 1882, candy canes have been hung on Christmas trees.