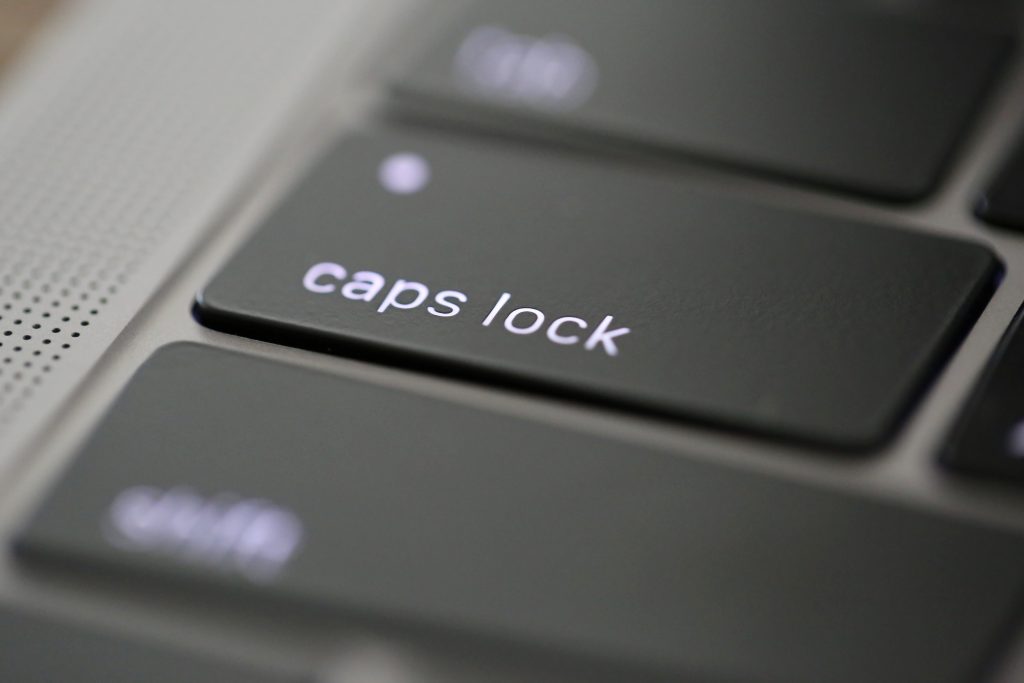 We’ve all seen it, that one moron who doesn’t seem to know how to turn off the Caps Lock button, or worse, people who deliberately do it somehow feeling it gets their point across better. In one particular case, there was even a person who felt that Caps Lock made their RESUME look more professional. What in the world are we to do with people like this? How about we just campaign to remove the Caps Lock Button?

Caps Lock simply refers to the button on a computer keyboard that results in all letters of Cyrillic and Latin based scripts being generated in capital letters. If you hit the key again, the action is reversed, and everything is then typed in lowercase. A lot of keyboards today have a light on the Caps Lock button, so you know when it is switched on and off. However, there are a lot of older models that keep you honest, as the key does not have any indication as to whether it is on Caps or not.

A lot of us have been there: you don’t realize you have had the Caps Lock button switched on, and you send someone a message in capital letters entirely. If you are like us, you will probably then follow up with a message such as “opps, sorry, I didn’t mean to shout.”

There are some people, though, who like to use Caps Lock to get their point across. It can then cause the recipient of the message to get a little bit frustrated. It’s like being shouted at through a phone, isn’t it? Well, Caps Lock Day is a day of bliss for all of your folk out there who hate people who overuse the Caps Lock button. It’s time for a bit of visual peace and serenity!

If you are someone who likes to go a bit OTT with the Caps Lock button, that’s fine, but expect to be picked up on this on Caps Lock Day. Maybe it is time to turn the Caps Lock off and save everyone a visual headache for one day?

Caps Lock Day first came to pass in the year 2000, when Derek Arnold of Iowa decided that he, like so many other internet users, had simply had enough of people using all caps to emphasize themselves on the web. So he created Caps Lock Day in the interest of poking fun at people who use this abomination of a typing style, and to finally bring some sanity to the net.

There are some protocols that make it appropriate to post in all Caps, such as when posting as part of a weather monitoring network. In this rare and perhaps singular case, all caps are how you indicate that something is in fact of importance, and with its collection of acronyms and shorthand makes sure its clear.

We can also delve a little bit deeper into the history of this controversial keyboard button. On mechanical typewriters, the Caps Lock key was first the Shift lock key. One of the earlier innovations in the use of typewriters saw a second character being added to each typebar. This caused the number of characters that a person was able to type to be doubled with the same number of keys being used.

The second character was located above the first on each typebar’s face, and the Shift key would cause the apparatus in its entirety to move, physically shifting the typebars position relative to the ribbon of inx. Just like in contemporary keyboards for computers today, the shifted position was used to create secondary characters and product capitals.

The invention of the Shift lock key was for the purpose of maintaining the shift operation indefinitely without continual effort. The typebars were mechanically locked in a shifted position, resulting in the upper character being typed when any key was pressed.

This was also supposed to lower finger muscle pain caused by repetitive typing because it could be challenging to hold the shift down for more than two or three consecutive strokes prior to this.

On mechanical typewriters, you would typically hit both Lock and Shift at the same time. After this, you press shift by itself in order to release the lock.

5 FACTS ABOUT THE KEYBOARD THAT WILL BLOW YOUR MIND