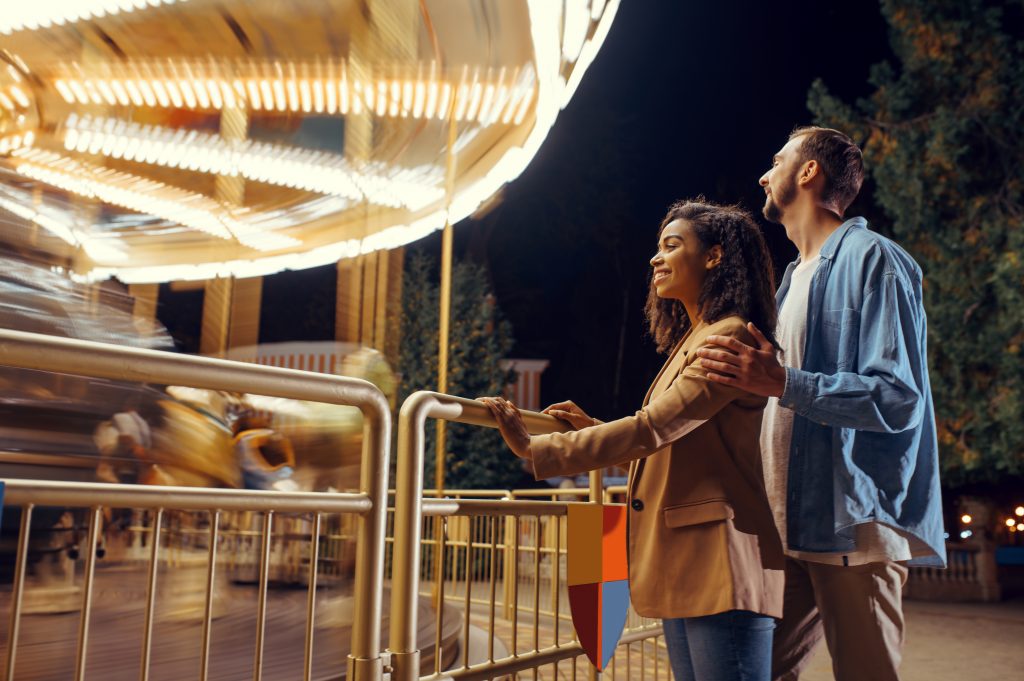 When we think of carousels, we think of the beautifully designed horses, with golden metal poles mounted down the center and accompanied by circus music. Since the early 1800’s, carousels are all about the children, laughing as they go round and round and have been a huge part of American history.

While there are many designs to carousels, the idea of a carousel has been around for centuries before America even existed. So, to observe the fine-tuned history of carousels, Carousel Day is a day just for that! So strap in and enjoy the ride on an American pastime.

The purpose of Carousel Day is to honor this incredible invention. This is one of the most instantly recognizable fairground and amusement park rides. A carousel, which is also known as a merry-go-round, is a sort of amusement ride, which consists of a circular platform that rotates and has seats for riders. Traditionally, these seats would be wooden horses or other animals. However, we have seen different themed carousels pop up over the world.

Some of the world’s most magical carousels can be found at:

These carousels are special for different reasons. Jane’s Carousel is housed in a glass box, providing amazing urban views of New York. The Stoomcarrousel, on the other hand, is a much older carousel, which celebrates steam power. It was built in 1895, and it traveled around many places until an amusement park in Efteling purchased it in 1956. These are just a few of the incredible carousels you can find all over the world, and so we definitely recommend doing a bit of digging online. You will be amazed by some of the stunning and magical carousels that are situated around the world.

This was an activity that needed excellent horsemanship and skill. In fact, the word carousel comes from the word ‘garosello,’ which is Italian, and the word ‘carosella,’ which is Spanish. It means ‘little battle.’ This was used by crusaders as a description of the combat preparation exercises and games that were played by the Arabian and Turkish horsemen during the 12th century.

There were carousels being created and operated at a number of different gatherings and fairs in England and Central Europe in the early 18th century. However, it was not until the 1840s when  Franz Wiesenoffer created the first merry-go-round in the United States in Hessville, Ohio. Unfortunately, though. He did not patent the design, and so he’s not officially credited as the creator.

Then, Bette Largent, President of the National Carousel Association, and carousel historian, Ronald Hopkins founded National Merry-Go-Round Day in 2014. Also called Carousel Day, it was formed to honor William Schneider of Davenport, Iowa who, due to patenting the carousel in 1871, is considered the official inventor of the modern carousel by the U.S. Patent Office.

The NCA also has a census, a giant data collection of carousels all over North America, keeping track of vintage and modern carousels, as well as repairing old carousels to keep them functioning. Every year, the NCA hosts a convention called The New England Carousel Revolution, where people travel around in buses all over the New England area to check out vintage carousels in parks, museums, and boardwalks.