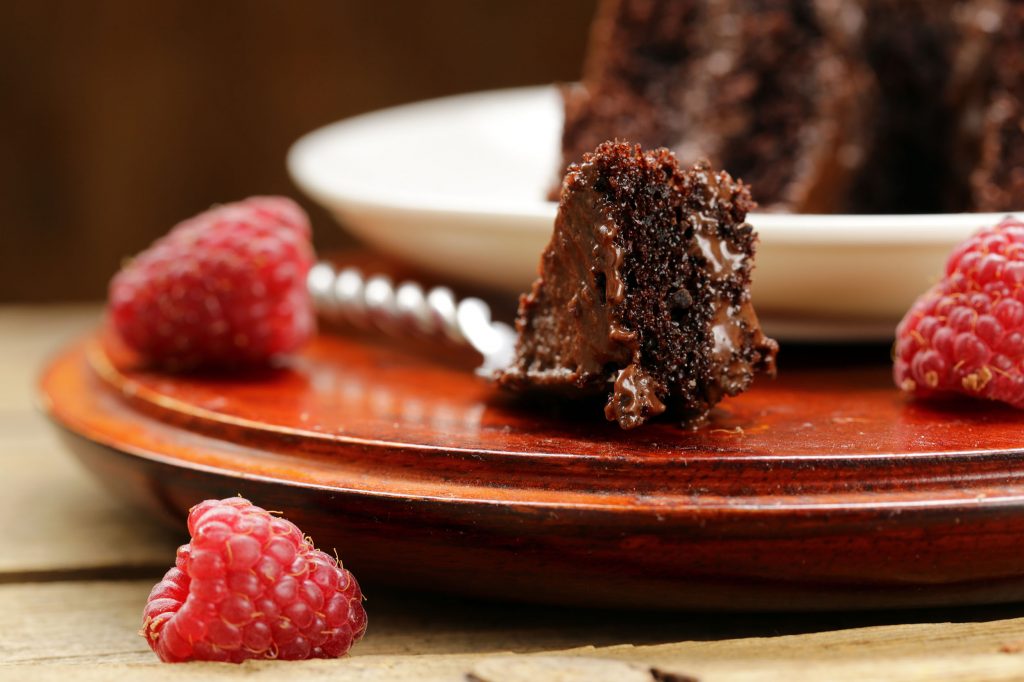 On the 27th Day of January each year, we celebrate Chocolate Cake Day, a day that is meant to celebrate the pure perfection that is chocolate cake.

There before you is the ultimate in birthday confections, a rich and luxurious chocolate cake with rich strawberry filling, you know it’s going to be a good day. Maybe you’re just coming into work, and some thoughtful soul has laid out a tray of chocolate cupcakes, each with their own design and one waiting for your mouth to wrap lovingly around it and fade away on a cocoa fueled holiday. However you like your chocolate cake, Chocolate Cake Day gives you an excuse to indulge as deeply as you’d like! 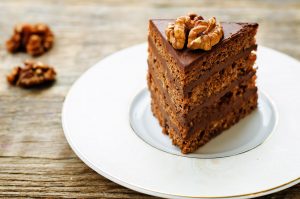 Chocolate cake has been with us just over 150 years, having first come on the scene in 1764, when it was discovered that grinding cocoa beans between heavy stones produced cocoa powder, which could then become chocolate. 60 years would pass before Conrad Van Houten discovered a method by which he could mechanically extract fat from the cacao liquor which produced cacao butter. Long story short, this man is the reason that chocolate is actually affordable, and we all have him to thank for it!

From this point forward the types of cake and techniques involved in making them just kept expanding, so there are dozens of kinds of cake on top of the original ‘traditional’ chocolate cake. From the Black Forest cake with its cherries to the German Chocolate Cake with its rich coconut pecan frosting, new types are being invented all the time, and chocolate still reigns as King.

In the early days, people didn’t consume chocolate as a solid snack we do today in the form of bars or cakes. During the era of the 1830s and 1840s, it was primarily a drink that you mixed with water. Furthermore, it wasn’t even sweet. The original chocolate drinkers would often make up a savory, almost bitter beverage that they would typically consume early in the morning.

The first verifiable recipe for chocolate cake appeared in Eliza Leslie’s 1847 cookbook. The actual formula, however, wasn’t quite what we’d recognize as a chocolate cake today. Leslie’s recipe called for chopped pieces of chocolate inserted into a plain sponge, instead of adding cocoa powder to the mix itself. You can imagine, though, how delicious this thing would have tasted. There would have been tiny chunks of melted chocolate throughout its core, providing a melt-in-the-mouth experience people would still very much enjoy today.

Over the years, authors and cooks such as Maria Parloa added their own twists on the chocolate cake. They began incorporating all of the trappings of the modern version we’d recognize today. First came the frosting, followed by the inclusion of de-fatted cocoa powder into the batter mix. After that came a range of chocolatey fillings, designed to make the dessert even more delightful.

By the 1920s, the humble chocolate cake had become mainstream, and manufacturers began to sell the recipe outright. O. Duff and Sons released the first boxed chocolate cake, ready to eat – no baking required. And in 1947, Betty Crocker released a pre-made chocolate cake mix. Ultimately, making chocolate cake became more straightforward. Almost anyone could do it, even if they lacked experience in the kitchen.

Chocolate cake became a part of the culture increasingly throughout the late twentieth century and early 21st, leading to the development of Chocolate Cake Day. This particular day was designed as an opportunity for chocolate and cake lovers to pay homage to this chance invention. Remember, it was only with the discovery that sweetening chocolate created a delicious dish that we even have this most beloved of desserts.