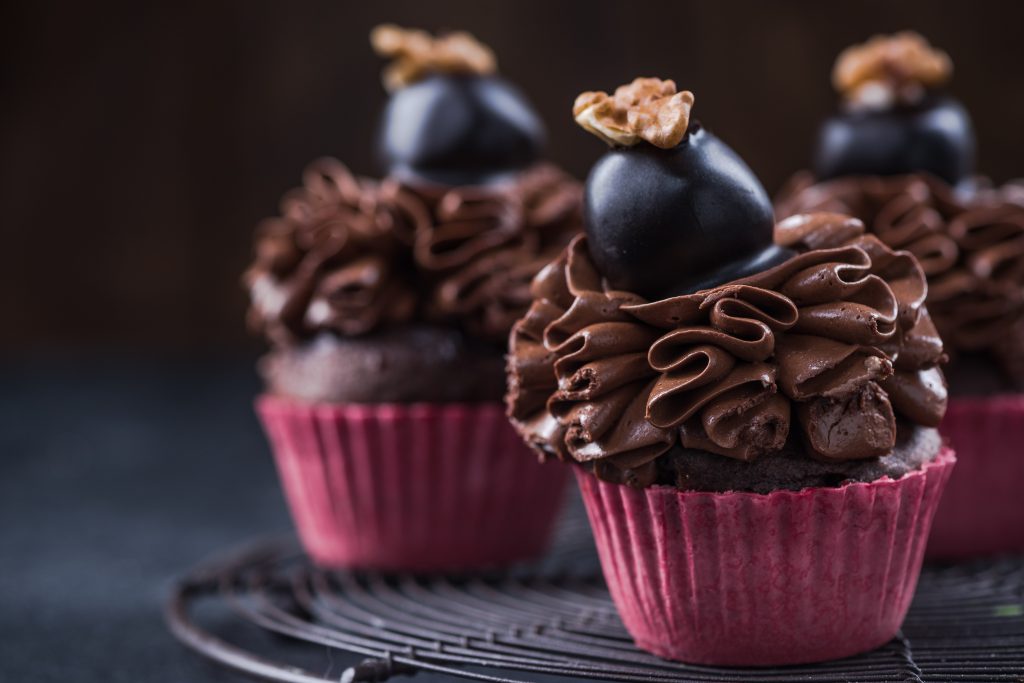 Cupcakes have also been known to be called:

Cupcakes can be traced back to 1796 when a recipe notation of “a cake to be baked in small cups” was written in American Cookery, by Amelia Simmons. The earliest known documentation of the term cupcake was in 1828 in Seventy-five Receipts for Pastry, Cakes, and Sweetmeats in Eliza Leslie’s Receipts cookbook.

Chocolate Cupcake Day was established to celebrate that most perfect form of the Cupcake, the Chocolate Cupcake. Cupcakes are called by many names throughout the world, our personal favorite would have to be the term “Fairy Cake” from the British. The origin of the cupcake seems to go back as far as 1796, where cakes cooked in small cups were first mentioned, and the actual term cupcake was first seen in Eliza Leslie’s 1828 cookbook.

Following that, there was a bit of a lull in the cupcake scene. But in 1919, food company Hostess began making what we would recognize today as the first mass-produced cupcake, popularizing the concept. Interestingly, the company’s cakes weren’t a flash in the pan. They remain its most popular brand, beating out Twinkies, selling more than 600 million per year.

In the 1950s, British prime minister Winston Churchill suggested that manufacturers update cupcakes. Instead of making them with just dried fruit and spices, he suggested adding icing sugar. Later in his life, he blamed the humble cupcake for his jowl.

However, the real hey-day of cupcakes wasn’t the 1950s, but the 2000s. The decade saw a flurry of activity on the cupcake scene, with recipes published in major newspapers and commercial outlets introducing new lines. In 2005, Sprinkles Cupcakes opened the world’s first cupcake-only bakery. It now sells more than 25,000 cupcakes per day across eleven stores.

So popular is the idea of a personal cake, a cake of diminutive size, that there have been many different variations on both the style and technique. The invention of the microwave has even created recipes that enable you to mix and cook a cupcake in less than five minutes! Talk about the perfect cake, is there anything better than unabashedly delicious instant gratification? We don’t think so!

It’s worth noting that one needn’t actually bake a cupcake in a cup or even a cupcake tin.

Cupcakes are really all about the size of the end result, not the method of getting there, and Chocolate Cupcake Day tells you to indulge in every variation, as long as it contains chocolate!