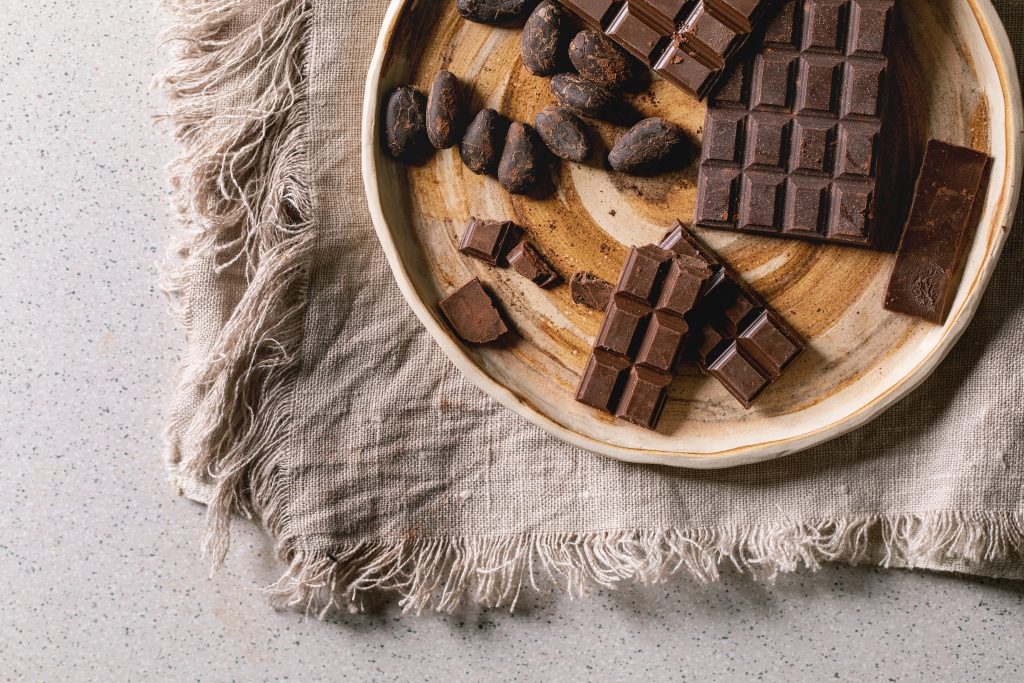 World Chocolate Day is celebrated each year on July 7th.

There are a number of dates throughout the year promoting variations of local, national, or international Chocolate Day – our research leads us to believe that this is the true, definitive, purist ‘Chocolate Day‘, so celebrate with some of the high cocoa, rich, dark chocolate that makes you go tingly inside.

Chocolate Day is nothing short of a special tribute to mankind’s greatest culinary invention. (Sorry Bread or even Pizza!) Chocolate can enhance and help to create the most luxurious desserts and can even be enjoyed and indulged on its own. Some of the most popular chocolate bars are plain and simple. If this is the one for you, try going for a high cocoa percentage with low added sugar.

The history of chocolate goes back around 2,500 years. The Aztecs loved their newly discovered liquid chocolate to the extent that they believed the god of wisdom, Quetzalcoatl, literally bestowed it upon them. Cocoa seeds even acted as a form of currency. Could you imagine going shopping or buying a house will a huge pile of Cocoa seeds? It would be wonderful, no? These days, the chocolate was bitter, as it was long before sugar was added. Once chocolate took a turn and went sweet in a 16th Century Europe, chocolate caught on to the masses and became one of many households favorite treats.

Many present-day chocolate companies began operations in the 19th and early 20th centuries. Cadbury began in England by 1868. And then 25 years later Milton S. Hershey, purchased chocolate processing equipment at the World’s Columbian Exposition in Chicago, he is now one of the biggest and world-known chocolate creators in the world. He began the company by producing chocolate-coated caramels. Nestlé began back in the 1860s and has grown into one of the largest food conglomerates in the world. You’re bound to of heard of one of these if not all of them. Perhaps you even enjoy a bar or two or their fine chocolate creations at home.

How Is Chocolate Made?

Many people are unaware that chocolate is a fermented food. You heard that right, once the cacao pods are picked, and then cleaned of pithy white material from the fruit, they are dried and then the cacao beans are fermented. The cacao nibs are revealed once the papery shell is removed. This is where the fun and creativity come in.

Chocolatiers then grind the nibs into cocoa mass, separating them into cocoa solids and cocoa butter, they then combine them with milk and sugar. If they’re creating white chocolate then it’s just the chocolate butter with milk and sugar. It’s definitely worth celebrating this process, especially considering how much thought goes into getting it just right. Every Chocolatier has different methods and ideas that are all popular across the world.

As time has gone on, we have moved towards the indulgence of dark chocolate. It contains far less sugar and holds a higher percentage of cocoa. If you’re looking for the best dark chocolate it’s worth checking out the ones you find from the Ivory Coast, Ghana, and Ecuador.

They have ideal climates for cocoa trees and they are known for producing some of the best chocolate. It certainly sounds good! When you purchase chocolate from these regions it’s always best to make sure it’s “fair trade chocolate,” this means you are helping to help make cocoa farming more sustainable. It’s certainly something to keep in mind!