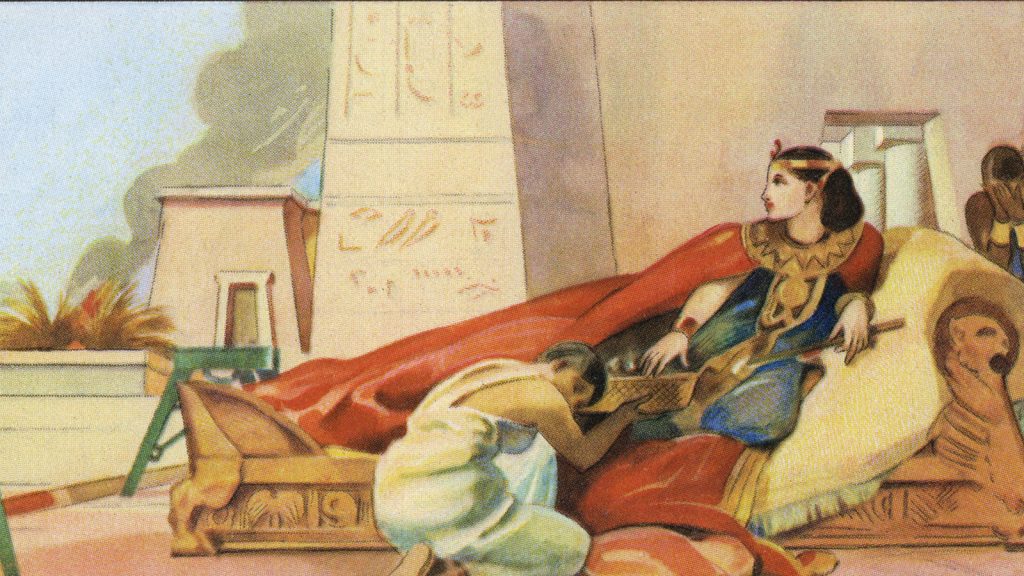 Cleopatra died on August 12 in the year 30 BC, so it is on this day that we celebrate her life. Born Cleopatra VII Philopator in 69 (or 70) BC, she was the last active ruler of the Ptolemaic dynasty in Egypt. You’ll notice I said, “active.” That’s because when her son Caesarion was about three years old, he was made co-ruler alongside his mother, and since he died 11 days after his mother, technically, he would be the last ruler of the Ptolemaic dynasty in Egypt, even if his role was mostly only ceremonial. Cleopatra was the real power behind the crown. 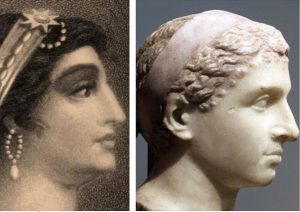 During her short life, as she died when she was about 40, she had a total of 4 husbands and 4 children.

Like many royal houses, members of the Ptolemaic dynasty often married within the family to preserve the purity of their bloodline. In keeping with tradition, Cleopatra was married to her brother and co-ruler Ptolemy XIII, who was 10 years old (she was 18). After his death, Cleopatra married his younger brother Ptolemy XIV. She was 22, and he was 12. Of course, those were only ceremonial marriages. Her real loves were Julius Ceaser and later Marc Antony.

Cleopatra has her first child Ptolemy XV Philopator Philometor Caesar “Caesarion” on June 23, 47 BC. After the death of Julius Ceasar, she married Marc Antony, and together they had three children. First were the twins, Alexander Helios and Cleopatra Selene. Helios is Greek for Sun and Selene means the moon. The twins were born in the year 40 BC. Next, she had a son and her final child in 36 BC. His name was Ptolemy Philadelphus.

We honor the life of Cleopatra not because of the scandalous way she died but because of the way she lived. She was a woman with influence and power, that two thousand years later, has still left her mark on society. She was driven, intelligent, and focused. She was also a devoted mother and wife who loved her country and wanted only what was best for her people.

Hashtags to use to celebrate this event
Social Media Calendar Bookmark this page so you won't miss another relevant event or holiday!
Today is June 15. I hope you have a great day and remember what Henry David Thoreau said .... Go confidently in the direction of your dreams! Live the life you've imagined.