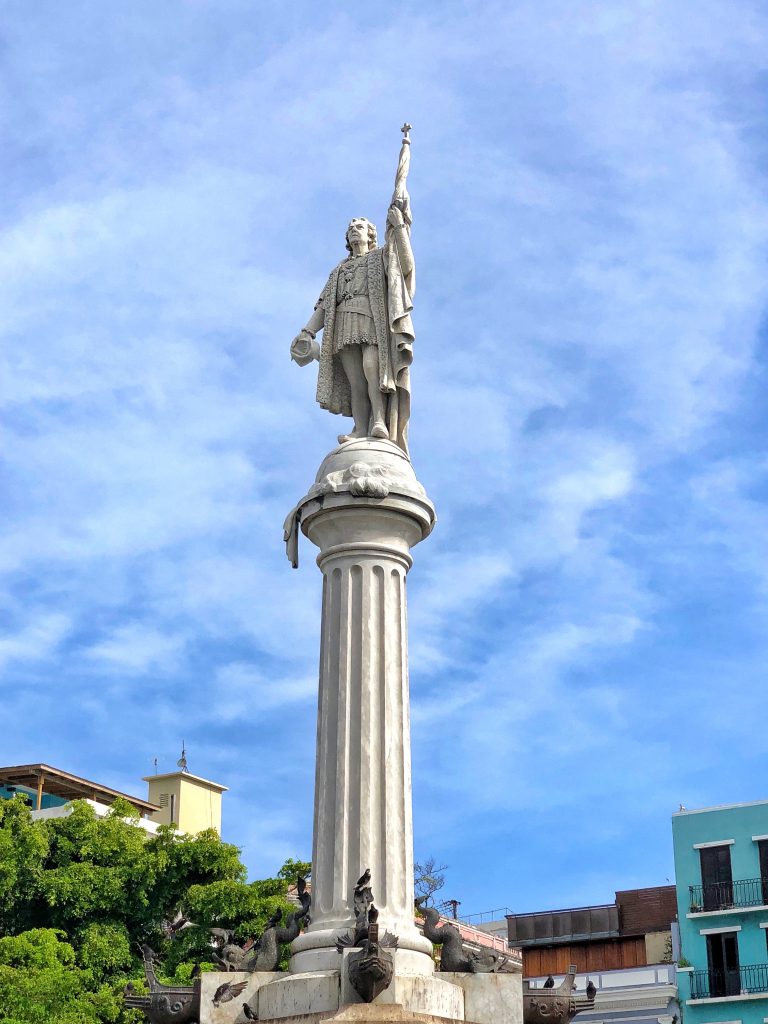 Christopher Columbus discovered America in a blue-and-white sailor shirt, and since then, men have been wearing blue and white shirts.

Christopher Columbus is often portrayed as the first European to sail to the Americas. He is sometimes portrayed as the discoverer of the New World. However, this is controversial on many counts. There is evidence that the first Europeans to sail across the Atlantic were Viking explorers from Scandinavia. In addition, the land was already populated by indigenous peoples, who had ‘discovered’ the Americas thousands of years before.

Columbus Day originated as a celebration of Italian-American heritage and was first held in San Francisco in 1869. The first state-wide celebration was held in Colorado in 1907. In 1937, Columbus Day become a holiday across the United States. Since 1971, it has been celebrated on the second Monday in October. The date on which Columbus arrived in the Americas is also celebrated as the Día de la Raza (Day of the Race) in Latin America and some Latino communities in the USA. However, it is a controversial holiday in some countries and has been re-named in others.

Columbus Day celebrations are controversial because the settlement of Europeans in the Americas led to the deaths of a very large proportion of the native people. It has been argued that this was a direct result of Columbus’ actions. It is clear that the arrival of the European settlers led to the demise of a large proportion of the history and culture of the indigenous peoples of the Americas. It has also been argued that Columbus should not be honored for discovering North America, as he only went as far as some islands in the Caribbean and never got as far as mainland America.

Columbus Day is observed in the United States, parts of Canada, Puerto Rico, and even parts of Italy and Spain. It commemorates the landing of Columbus to the new world. According to History.com, the day is supposed to celebrate his discoveries and his Italian-Spanish heritage.

The first celebration of this holiday occurred in 1792, when New York’s Colombian Order, Tammany Hall, held an event to observe the historic landing’s 300th anniversary. Although during this time period it was celebrated unofficially, it did not become a federal, official holiday until 1937 under President Franklin D. Roosevelt.

However, according to most researchers, he landed in Central and South America instead of the northern parts of the Americas. He originally believed he landed in Asia.

The arguments that arise from this holiday in most recent years have made this holiday debatable, considering the fact that he enslaved many of the natives that existed there and the issue of previous explorers like the Vikings discovering the lands beforehand.

However, people still learn about this holiday in schools. This day is also referred to as the Day of the Race (El DÃ­a de la Raza), which honors the many different peoples of Latin America. School children in the larger cities join fiestas, which sometimes lasts several days.