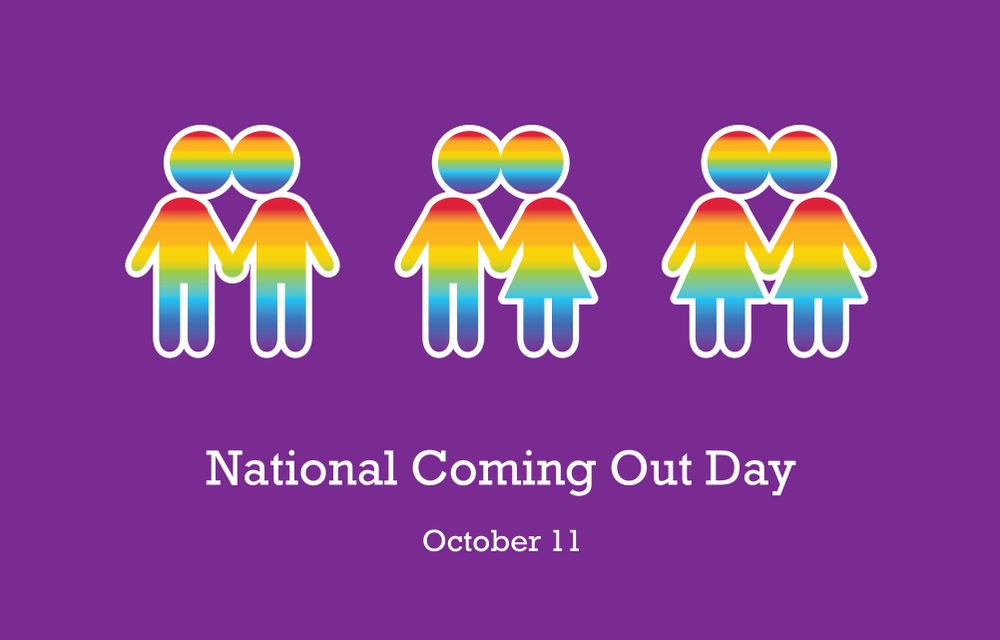 For time out of mind members of the LGBTQ community have had to hide in fear for their livelihood and their lives. A constant fear of being rejected by friends and loved ones, as well as the community of which they are a part, has led to many of them remaining in the proverbial closet.

This means living a half-life at best, and hiding who you are from those who should be nearest and dearest to you. Coming Out Day challenges this ancient standard, and encourages LGBTQ people everywhere to stand proud and claim who they are, and thus reclaim their lives and sense of pride.

Learn about Coming Out Day

Coming Out Day is not just a day that has been designed to help people feel comfortable about coming out about their sexuality. It is also a day that is designed to applaud people for their bravery, as well as help create awareness of the struggles and difficulties those in the LGBTQ community experience.

Even if you are heterosexual, you can use this day as an opportunity to let people in the LGBTQ community know that you support them and that you are proud of them. It is a day of unity and respect.

History of Coming Out Day

It all started at… well… let’s be honest it all started pretty much at the dawn of time. Throughout the world people and cultures everywhere have had LGBTQ people in their midst, and in many of them they were openly accepted and embraced as natural, or even sacred people in their cultures. In the last couple hundred years the majority of the world’s leading cultures began to villainize them, growing worse with every passing year.

But in the last few decades all that has begun to change, courageous members of the LGBTQ community fought and worked to help gain their rightful place in the world, accepted as just another person rather than some kind of monster or dangerous pervert. Really, the battle they fight is for something much simpler, the ability to have a safe and normal life enjoying the same liberty as their more socially accepted neighbors.

Coming Out Day was created by Rob Eichberg and Jean O’Leary as a result of the 500,000 person March on Washington DC for Lesbian and Gay Rights. The experience was enough to vitalize them and lead them to establish this holiday, which encourages all LGBTQ people and their allies to stand proud of who they are and to fight for a more equal tomorrow.

Every year there is a different theme, and so we definitely recommend taking a look at the theme for the current year when it is released. Some of the different themes that there have been include Talk About It, It’s a Family Affair, and Coming Out Still Matters. There are also a lot of events that go on throughout the world. You should be able to find out about the events that are taking place in your local area should you wish to join in with any of them.