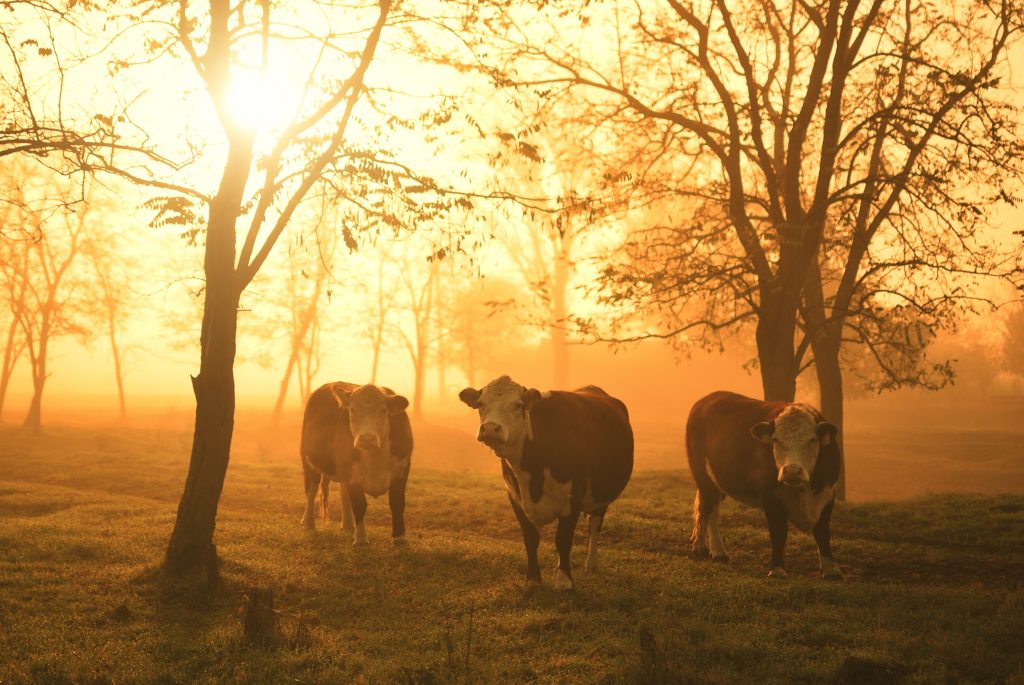 The first Cow Appreciation Day was launched in 2004, in light of Chick-fil-A’s humorous “Eat Mor Chikin” marketing campaign, which began in 1995. The idea behind the campaign is that cows want people to eat more chicken instead of beef. While cows help produce extremely delicious byproducts, like milk, cheese, yogurt, and ice cream, we eat much more beef overall than those dairy options. Though beef can be extremely rich in vitamins and minerals, and good to eat in moderation, there’s an appreciation we should be giving to the animals themselves that we often overlook.

1995 marked the beginning of the cow revolution when herds of beef cattle everywhere decided to take a stand for the future of the bovine race. Far more intelligent than the others, Heff R. Jones (now known as Eaton Birds) took his limited grasp of his owner’s language and painted “EAT MOR CHICKEN” on a billboard.

With this daring move, he set in motion a movement among cows everywhere, to encourage us to eat more chicken, so we wouldn’t be eating them. Cow Appreciation Day commemorates Heff (I’m sorry, we mean Mr. Birds) and everything he’s done for cattle kind.

Cow Appreciation Day is a day that has been designed to raise awareness about cows and appreciate everything that they do! You will see some weird things going on during Cow Appreciation Day. A lot of people dress up like cows for free food, and that’s just the start of it! So, we hope that you have a spare cow suit handy. We are reminded of all of the amazing products that cows bring our way, and a lot of people like to milk the occasion. Sorry for the awful pun…

Alright, it’s a fun story, but ultimately Cow Appreciation Day was the clever brainchild of the Chik-Fil-A company, creating the story of the daring cow to encourage people to skip their favorite burger joint, and come to their local Chik-Fil-A instead. Little did people know that indulging in this bit of fanciful celebration would introduce them to a fundamental truth about fast food.

There isn’t anything quite as delicious as chicken. Chicken can be prepared any number of ways, but there’s a rich, juicy, light flavor it brings to the table that just beats out beef on every front. Rich marinades, the delicious taste yet healthful taste of grilled chicken, or wings dipped in Barbeque Sauce, however you like it it’s impossible to deny that chicken is an incredibly versatile meat.

Also… It’s not beef, so that makes Eaton happy, and saves cows everywhere one more day. Speaking from a health perspective, chicken is also immeasurably healthier for you, and has been shown to not be a harbinger of quite as many carcinogens as you find in beef. Isn’t that thoughtful? By saving themselves, the cows are saving you. That’s what you call a win-win proposition!