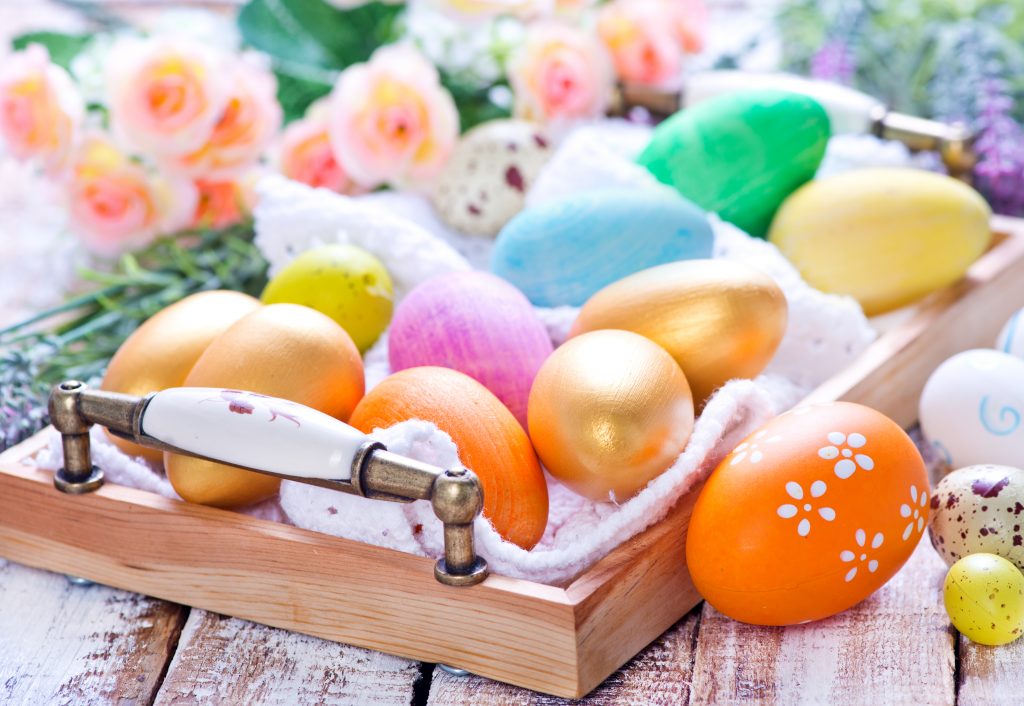 Easter is observed on the first Sunday following the full moon after the vernal equinox. Considered Christianity’s most important holy day, it celebrates the resurrection of Jesus Christ.  Depending on which calendar a church follows, some will celebrate the holiday earlier than others.

Leading up to Easter Sunday is an entire season of observances beginning with Ash Wednesday, the official beginning of Lent. Lent is a time of fasting and reflection, which represents the time Jesus spent in the wilderness for 40 days. Many know this as a time when Christians give something up for Lent.

Then during Holy Week, the Sunday before Easter is known as Palm Sunday. It commemorates Jesus’s entry into Jerusalem on a donkey just five days before He was crucified. Maundy Thursday remembers Jesus’s last supper; Good Friday is the day of the crucifixion, Holy Saturday is the period between the crucifixion and the resurrection and Easter Sunday.

Easter is celebrated on the first Sunday after the first full moon following the spring equinox. The holiday has Christian roots but has also become popular in secular society for its other elements like the Easter bunny, and Easter eggs.

Before Easter (Pascha), Passover was the primary holy day celebrated; however, Christianity closely links the two holidays. Jesus’s last supper was a Passover meal. By the 2nd century, Pascha was being celebrated alongside Passover as well as pagan spring festivals.

The tradition of an Easter Bunny comes from medieval Germany, where the Osterhase or Easter Hare would lay its colorful eggs in nests prepared by children. Immigrants in the 18th-century settling in the Dutch Pennsylvania countryside brought this fable and tradition with them to the United States.

Dying eggs is a tradition that dates back thousands of years across many cultures. Eggs symbolize rebirth, fertility, and life springing forth. Today Easter egg hunts take place across the country. It is not unusual to see children in their Sunday best surrounding a giant Bunny. Many will also get their picture taken, too!

TRADITIONS OF THE DAY

While those of the Christian faith observe Easter by participating in religious rituals, vigils, and going to Church, there are many non-religious traditions on Easter for children. The most common tradition is dying Easter eggs, including a lot of fun activities such as egg rolling and egg hunts. Flying kites and games like leapfrog are also popular, as well as games associated with the Easter bunny.

Chocolate and other candy, especially bunny- or egg-shaped ones are widely consumed. Pastel colors like pink, baby blue, and lilac are associated with this day and are seen everywhere on clothing, dyed eggs, and at events.

3 in 4 – the estimated number of Americans who identify as Christian.

50.8% – the percentage of Americans who plan to attend church on Easter Sunday each year.

$140.62 – the estimated number of dollars spent by Americans on Easter.

13th century – the period when eggs first started to be decorated for Easter.

5 – the number of minutes it takes to make a Peeps Marshmallow Chick.

32% – the percentage of chocolate lovers who buy extra chocolate on the occasion of Easter.

89% – the percentage of consumers who eat the ears off chocolate bunnies first.

1.5 billion – the number of Peeps Marshmallow Chicks consumed around Easter.

THREE FACTS ABOUT THE EASTER HOLIDAY