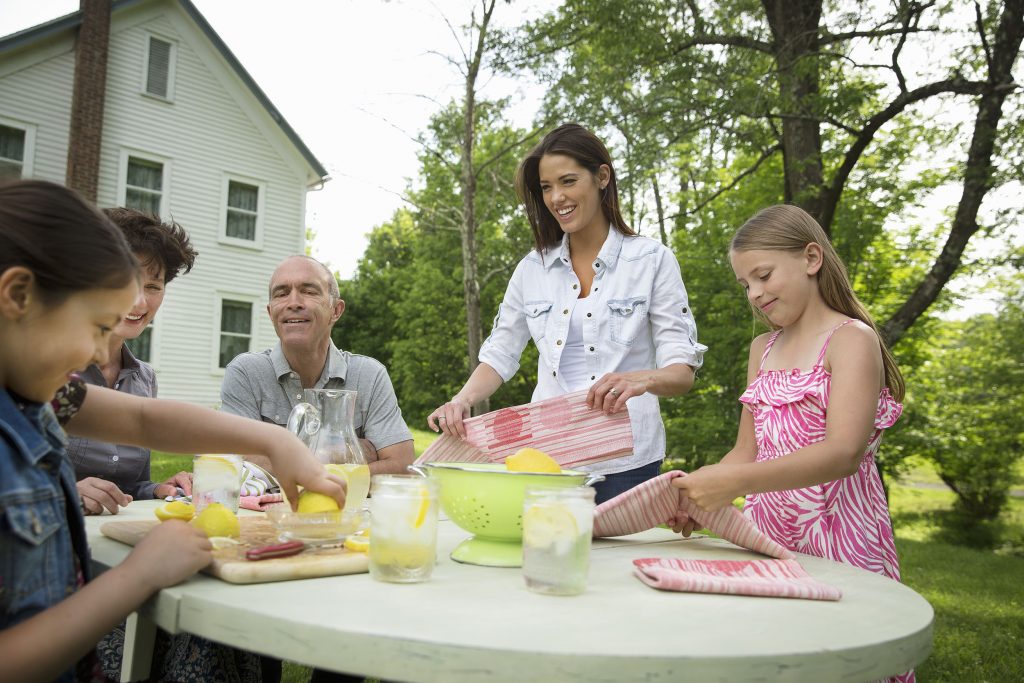 National Family Day, celebrated on September 26, puts the spotlight on the people that make our lives meaningful. Families come in many forms and sizes and under different circumstances, but what they all share is unconditional love and support for those growing on the same family tree. From nuclear family units to extended clans, families can drive us crazy and make life worth living. Take some time today to appreciate the special folks in your life — give them a call, take them out to lunch, or send them a note to let them know you’re thinking of them!

Family linked to us by blood and the family we choose in the form of friends and partners is celebrated on National Family Day.

The family unit is an indispensable part of human society. At its core, the family is composed of biological relatives like parents, siblings, grandparents, and cousins, as well as spouses, children, and in-laws. The social relationships, expectations, and dynamics between these relatives vary by time and place. Today, Americans are getting married later than ever, at around 28.

The nuclear family unit — parents and children — typically makes up most Western households. In other cultures, extended families share households, and adult children are expected to care for their elderly parents and relatives.

Throughout history, the definition of family has evolved to include nontraditional families, extended clans, and even tightly-knit friend groups. For those without close ties to their blood relatives, “chosen family” provides much-needed love and support.

The scientific study of the family unit began in the late 19th century and crystallized as a subfield of sociology in the 1960s. Since then, social scientists have paid special attention to the family’s role in shaping individual behavior and how place and culture affect family structures. Industrialization, globalization, and the development of cheap and fast international transportation have led to rapid changes in relations between families.

According to psychologists, family ties are critical for healthy development. Research shows that the quality of familial relationships has significant effects on well-being. Strong family ties support us under stress, help us process trauma, and boost our self-esteem.

Because family is such an important structure for people around the world, it certainly makes sense to devote a day to appreciating and engaging with the important people in our lives.

32% – the percentage of single parents who account for family households with children under the age of 18.

⅔ – the fraction of families in the U.K represented by married or civil partner couples.

7% – the percentage of children who lived at their grandparents’ homes in 2017.

63% – the percentage of parents of teens who feel they can talk about meaningful things with their children.