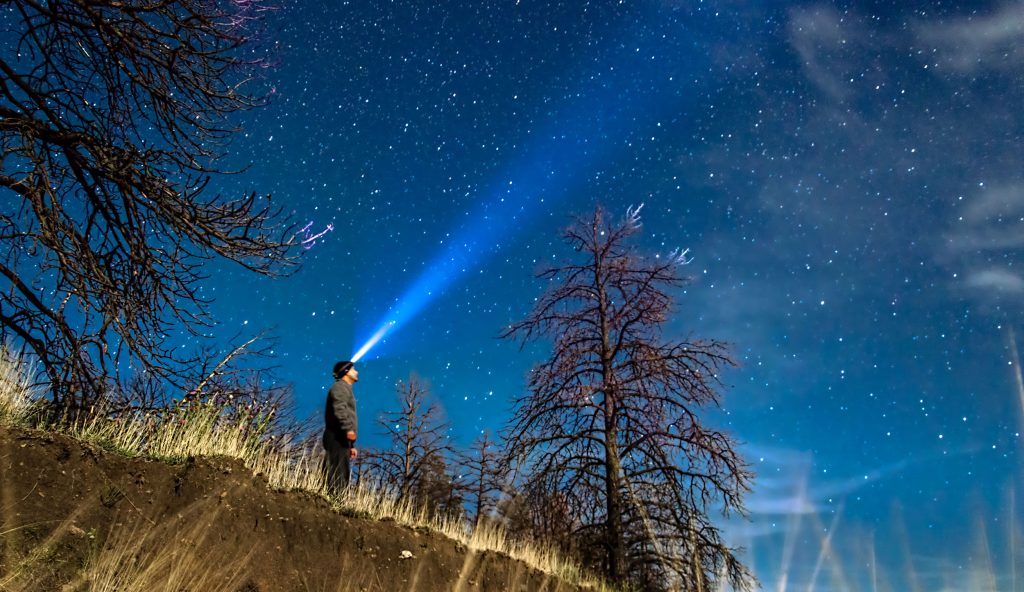 December 21st is National Flashlight Day. It’s on the same day as Winter Solstice, reminds us to turn on some lights during the shortest day of the year. Around 1899 the invention of the dry cell and miniature incandescent electric light bulbs made the first battery-powered flashlights possible.

Flashlights have been a fundamental way to help us see the paths that we walk in the pitch-black night. They help us to keep an eye out for dangers in the path or help us find our way back to where we began walking from. Today we’re going to look at the history of Flashlight Day, so let us grab our flashlights and go searching in the cave of the past!

“Everywhere in a day there is light. Look around. Everywhere. Look at your smartphone. It has a flashlight, an LED flashlight. These are potential sources for high-speed data transmission.” – Harald Haas

Let’s take a look at the history of the flashlight itself and see how it came into creation. The flashlight is a portable, battery-powered light source that is called a torch outside of North America.

With the invention of the dry cell and miniature incandescent electric light bulbs, it soon allowed the first battery-powered flashlights to be possible around the year 1899. In 1887, the very first dry cell battery was invented. Unlike previous batteries, it used an electrolyte paste instead of a liquid electrolyte.

The flashlight was patented on January 10th, 1899. Originally, the newly invented light stick’s batteries did not last very long producing a “flash” of light, which gave rise to the flashlight’s name.

This was the very first battery actually suitable for portable electrical devices that were safe, as it did not spill or break easily and worked in any orientation, unlike the liquid electrolyte batteries. The first mass-produced dry cell batteries started coming in around 1896, and the invention of portable electric lights soon followed suit.

Flashlights had become extremely popular in China around the 1930s, with around sixty companies making flashlights for the population of China, some even selling for as little as one-third of the cost of equivalent imported models that were being shipped out at the time.

Where did the flashlight get its name?

Before people started calling them flashlights, they were called the electric hand torch. Because batteries and bulbs were still being perfected at the time, the light source often flickered due to poor connectivity. Since people were only getting flashes of light, they were nicknamed flashlights and the name stuck!