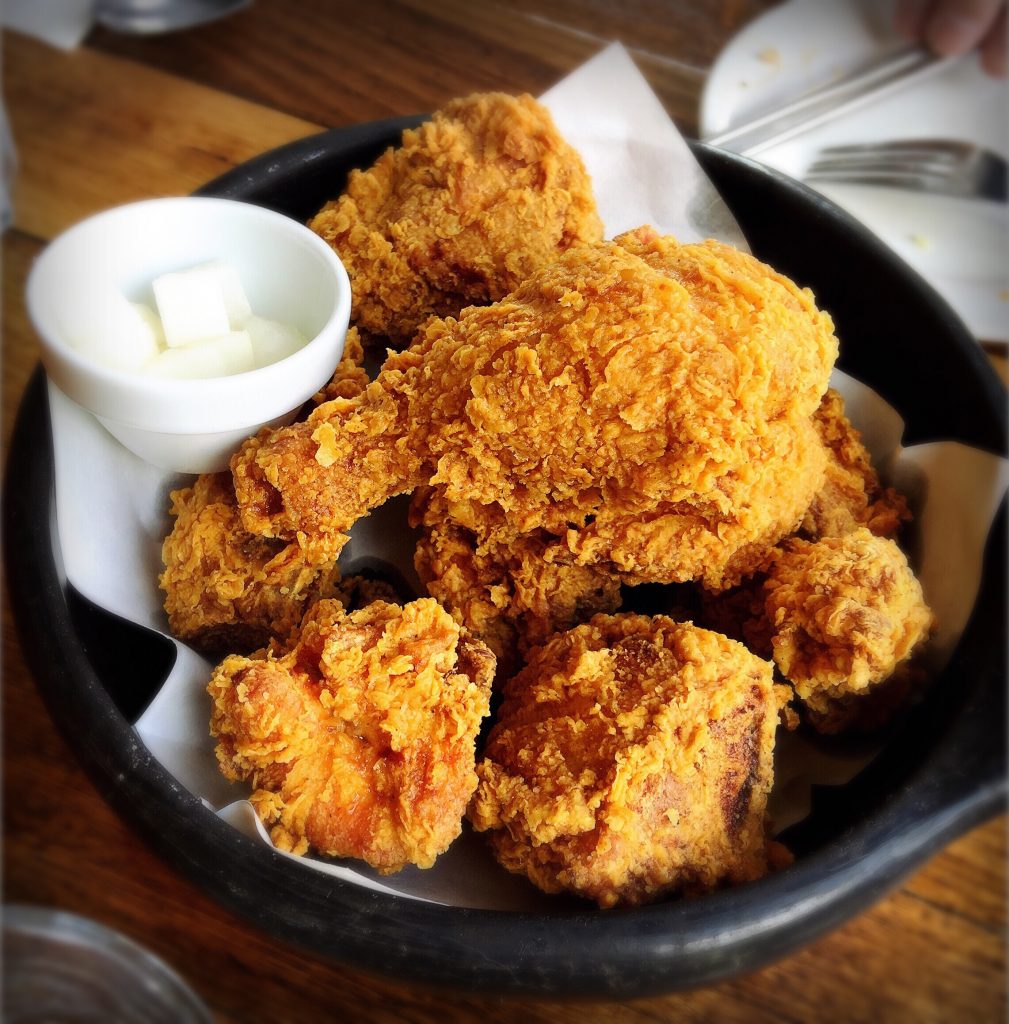 The bird gets the spotlight on Fried Chicken Day, and stomachs are rumbling already. Move over vegetarians, there’s a deep-fried chicken leg and breast coming this way!

Fried chicken, otherwise known as Southern fried chicken, is a dish that features different chicken pieces that have been coated in a seasoned batter. After which, they are either pressure fried, deep-fried, or pan-fried. The breading creates a crisp crust or coating to the exterior of the meat while ensuring the juices are kept inside. Broiler chickens are most commonly used.

There is no denying that fried chicken is one of the best and most popular types of comfort food enjoyed all around the world. It may be greasy, but it is indulgent and very tasty! Today, we are able to enjoy this dish for a very cheap price, and it does not matter where in the world you go, you will be able to enjoy fried chicken on the menu! However, this was not always the case. In fact, fried chicken was deemed an expensive delicacy until the Second World War. However, thanks to mass production techniques, this is no longer the case! Phew!

There are a number of reasons why we all love Fried Chicken Day. Of course, the main reason is that we have the perfect excuse to eat as much fried chicken as we want and we don’t have to feel guilty about it! It is also a dish whereby your manners can go out of the window.

There are a lot of different variants of fried chicken that have been released. This includes hot chicken, which is common in the Tennessee area of Nashville. This is a variant that is pan-fried and is coated with a cayenne pepper and lard paste. Popcorn chicken has also become very popular. This can also be referred to as chicken bits. These are small, ball-shaped pieces of boneless chicken. They are battered and fried, resulting in a dish that looks like popcorn, hence the name! Or, what about Barberton chicken? This was created by immigrants from Serbia in Barberton, Ohio. the dish is now very popular throughout the state and it is sometimes called Serbian Fried Chicken.

Another reason why it is important to pay tribute on Fried Chicken Day is that this dish had very humble beginnings. In fact, it acted as a way of empowering slaves. They were able to make their own independent flow of money by selling it. As chickens were the only animals that slaves were allowed to own and raise, this dish became very popular before the Civil War broke out.

In order to really understand the history of this day, we need to understand the history of fried chicken. A lot of people are surprised to learn that this is a type of food that can be dated as far back as Roman Times. This is because there was a recipe for deep-fried chicken in Apicius, which was a Roman cookbook from the 4th century. The dish was called Pullum Frontonianum.

In terms of the expression “fried chicken” itself, this has been traced back to the 1830s. You will see this term used regularly throughout the cookbooks that were released in America during the 1860as and the 1870s. In the southern states of the United States, this dish can be traced back to precedents in West African and Scottish cuisine.

Fried Chicken Day has been observed yearly for quite some time now. On this day, fried chicken is prepared and cooked in a number of different ways. Some fried chicken restaurants will have promotions running on this date. This includes the likes of KFC and Church’s Chicken. We have also seen that this date is celebrated across the world now as well.

For example, in Australia, in 2018, KFC gave people the chance to win free fried chicken for an entire year. In order to enter the contest, you were required to make a post on social media that stated the different reasons why you deserved to be the winner of this tasty prize! The person who won the prize was a 19-year-old who got the KFC logo tattooed on her foot. Her friend did the same as well, so let’s hope they shared the fried chicken!