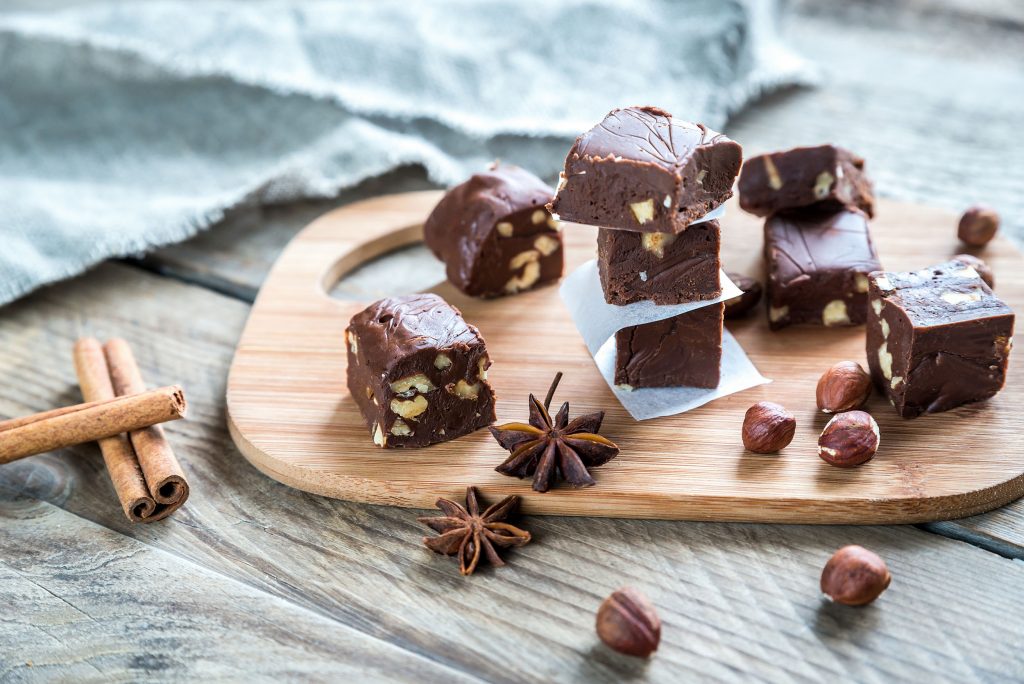 June 16th is officially known as Fudge Day – not to be confused with Peanut Butter Fudge Day, which takes place on November 20th.

The origins of Fudge Day are unknown, but it cannot be denied that celebrating this delicious, sweet treat is a great way to spend the day. Fudge is a soft, smooth confectionary made by heating and mixing milk, butter, and sugar. A variety of other ingredients can then be added to create assorted flavors of fudge. Some of the most popular flavors include chocolate and peanut butter.

The earliest documented mention of fudge can be found in a letter composed by Emelyn Hartridge, who was studying at Vassar College, located in Poughkeepsie, New York. The letter detailed that fudge had been made and sold in Baltimore, Maryland, in 1886. Other fudge recipes in the USA can be traced back to the late nineteenth and early twentieth centuries. Mackinac Island fudge ice cream (vanilla ice cream blended with small chunks of fudge) is still sold on Mackinac Island in Michigan, and surrounding areas, where shops have been selling fudge to summer vacationers since the late nineteenth century.

Modern fudge recipes remain largely unaltered. On Fudge Day, why not try making your own fudge? You can use this basic recipe to have your own delicious treat to enjoy right in your own kitchen! Melt three cups (700g) of chocolate chips along with fourteen ounces (400g) of sweetened condensed milk and ¼ cup (30g) of butter or margarine in a large bowl in the microwave. Cook on medium heat for approximately four minutes, or until the chocolate chips have all melted, stirring a couple of times during cooking. Add in any extra ingredients (nuts, fruit, biscuits, marshmallows, etc.) required and stir well. Pour fudge mixture into a greased 8″x8″ glass dish and refrigerate until set. Simple, quick, and tasty!

Fudge Day is the perfect excuse to try some crazy new flavors of fudge. You could sample maple and pecan, or chomp down some rocky road fudge. If you want to go really wild, mix up some particularly unusual flavors, like carrot and orange, licorice fudge, or – for grown-ups only – tequila and lime. You could even hold competitions with work colleagues, friends or family to see who can come up with the most bizarre (but still edible!) variety of fudge. Happy fudge tasting!