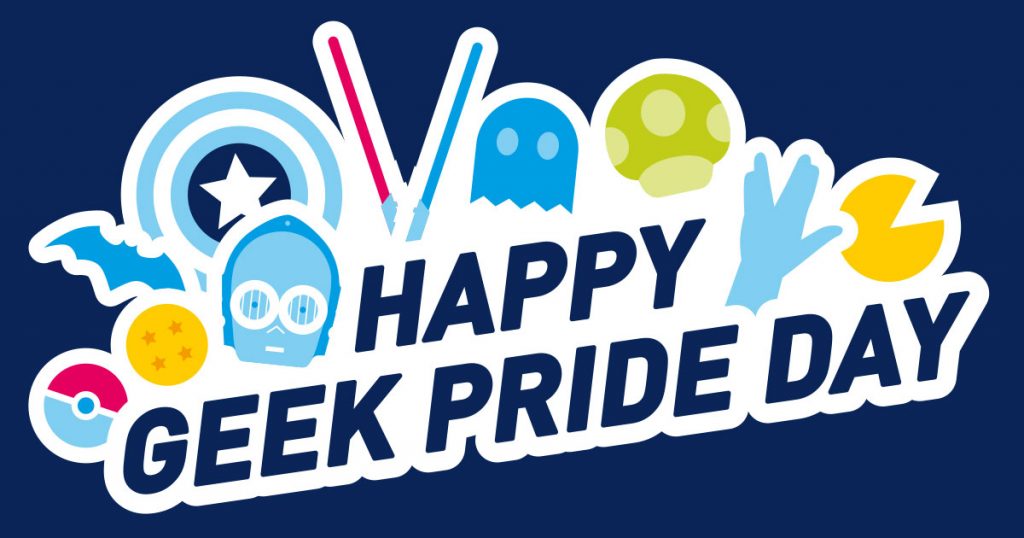 Get your geek on! Let your geek flags fly on May 25! Geek Pride Day celebrates all things geeky. It is for those people who appreciate sci-fi, fantasy, board games, video games, comic books, cosplay, anime, steampunk, and zombies, and much more.

Geeks are a diverse bunch with one shared quality, passion. Especially for technology and for those things that are outside of mainstream interests, and that can make them seem eccentric.

Geeks invent things, too. Famous geeks include Thomas Edison, Steve Wozniak, and Benjamin Franklin. Each one was innovative, eccentric, and passionate about things outside their mainstream society.

Many tech publications and websites promote the bill of rights for geeks. Some of the geek rights include:

Why May 25? It’s the day “Star Wars” premiered in 1977, making it an appropriate choice for all things geeky.

1998 – Tim McEachern organized unconnected events called Geek Pride Festival and/or Geek Pride Day
An international observance originated in Spain in 2006 as Día del Orgullo friki and spread around the world via the Internet.

2001 – Dick Morley organized Geek Pride Days at The Barn, his retreat in New Hampshire. He describes it in his book, Techshock – Future under repair

2006 – Organized worldwide publicity originated in Spain in 2006 as (Spanish: Día del Orgullo friki, English: “Geek Pride Day”) and spread around the world via the Internet.

Ancient history:
Hardcore geek historians trace their roots to the “freak scene” of the 1960s and 1970s, championed by Frank Zappa and the Mothers of Invention.

Whether you’re a closet geek or geeky and proud, you have an entire day to celebrate with your fellow geeky buddies. The term “geek chic” is now used widely in society, which just goes to show that it’s cool to be a geek these days! Geek Pride Day gives you a chance to be completely unapologetic about who you are. Dress in any style you like; dress up as your favourite science fiction character or spend the entire day geeking out and learning math if you’d prefer! There are no limits to Geek Pride Day so let your inner geek run free.