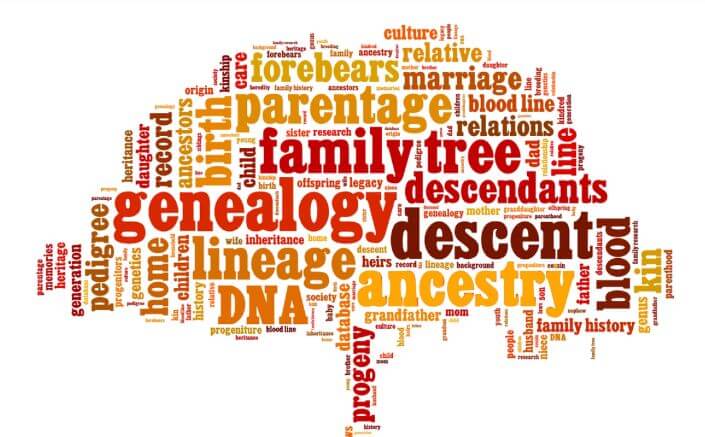 Many of us are too preoccupied with our lives to think too much about the past, especially the ancestors of ours who lived and died perhaps hundreds of years ago.

Every now and then, however, people who happen to have a bit more time start digging around and sometimes find out the most fascinating facts about where their forefathers came from and what kind of people they were.

Think about it: aren’t you just a little bit curious? If so, Genealogy Day is sure to prove both fun and educational.

The idea of keeping track of one’s family tree is not a new one. The family tree of Confucius, for example, has been maintained for over 2,500 years, a Guinness World Record.

In Western societies, genealogy was especially important to royalty, who used it to decide who was of noble descent and who was not, as well as who had the right to rule which geographical area.

Much like the ancient Egyptians’ assertions that their pharaohs were part god and part man, the medieval Anglo-Saxon Chronicle claimed that the god Woden (perhaps better known as the Norse god Odin) himself was a direct ancestor of several English kings.

Genealogy Day was created in 2013, by Christ Church, United Presbyterian, and Methodist in Limerick, Ireland to help celebrate the church’s 200th anniversary. For this day, Christ Church brought together local family history records not only from its own combined churches but also from the area’s Church of Ireland parishes, including the Religious Society of Friends in Ireland (Quaker) and the Church of Latter-Day Saints (Mormon).

The people in attendance could then use the amassed marriage and baptism records dating back to the early 1800s, such as Limerick Methodist Registers and Limerick Presbyterian Registers, to find out about their great-great-grandparents.

The idea proved so popular that the day was repeated for the next two consecutive years and has inspired many people to take a look into their family tree to find out a bit more about where they come from.