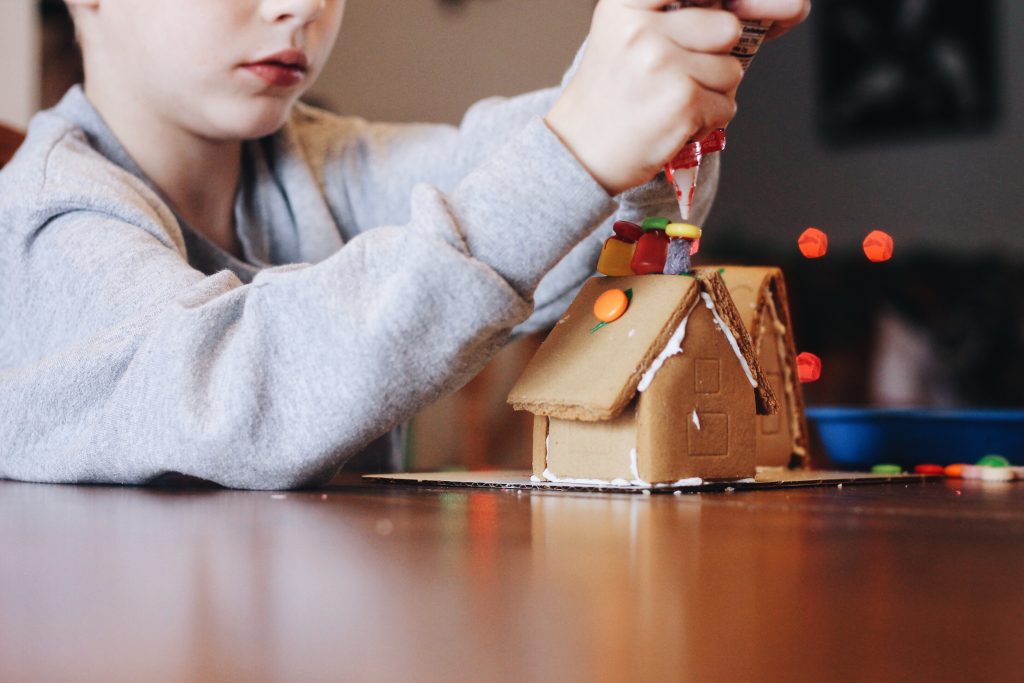 Gingerbread houses are a favorite holiday pastime with families, be it with parents, grandparents, or even both! But these delicious, decorative bread houses have always been a staple of the holiday season for as long as people can remember. Where did they come from? Who came up with the idea? To answer those questions, we must follow the ghost of holiday’s past into the history of Gingerbread House Day!

Whether you consider yourself an expert at building gingerbread houses or you are the type of person that starts eating your creation half-way through, you’re going to love Gingerbread House Day. After all, we can all agree that the best part of the process is eating the delicious gingerbread and decorations, no matter whether you managed to turn it into a work of art beforehand or not. Gingerbread House Day is a great way to bring the family together, have some fun, and most importantly, eat some tasty and festive gingerbread.

Gingerbread is a broad category of baked goods. It relates to goods that tend to be baked and flavored with cinnamon, nutmeg, cloves, and gingers. Molasses, sugar, and honey are also used to sweeten the gingerbread. Gingerbread foods can range from something resembling a ginger snap to a very moist and soft loaf cake.

Food historians ratify that ginger has been seasoning foodstuffs and drinks since antiquity. It is believed gingerbread was first baked in Europe at the end of the 11th century when returning crusaders brought back the custom of spicy bread from the Middle East. Ginger was not only tasty; it had properties that helped preserve the bread.

According to a French legend, gingerbread was brought to Europe in 992 A.D. by the Armenian monk and later saint, Gregory of Nicopolis (Gregory Makar). Gingerbread figurines date back to the 15th century and baking human-shaped biscuits was practiced in the 16th century.

There have been some pretty significant dates in the world of gingerbread over the years. We’re sure you’re familiar with The Gingerbread Man fairytale, the one that goes “Run, run, run as fast as you can, you can’t catch me, I’m the gingerbread man!” Well, this was released in 1875. It was part of the St. Nicholas Magazine’s May issue at the time.