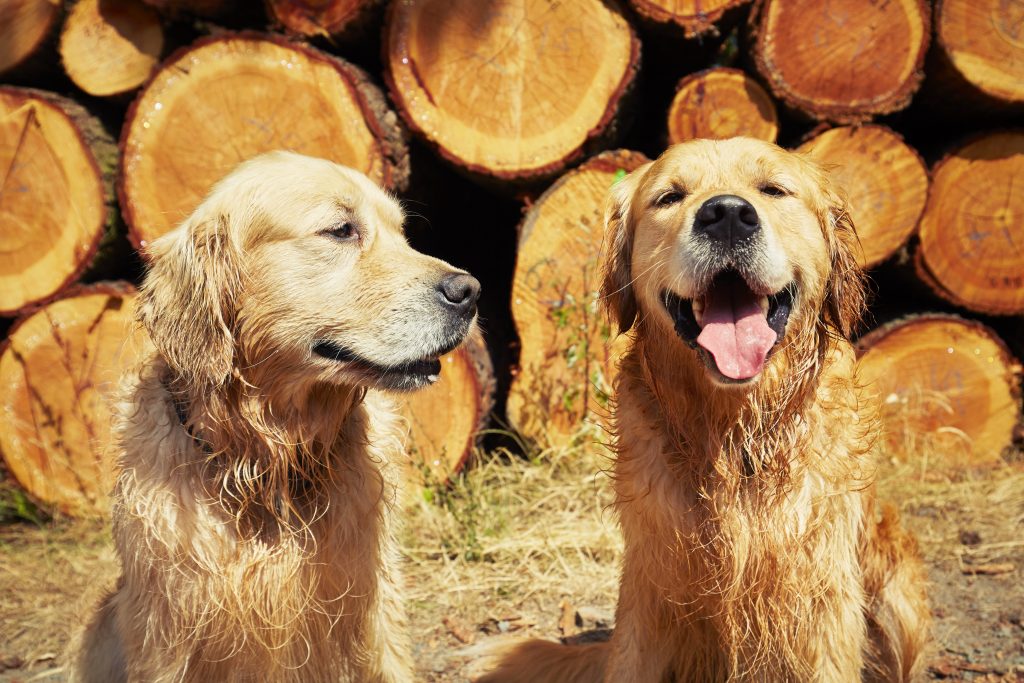 In addition, they are trained to be a hunting dog, a detection dog, and a search and rescue participant. The breed’s friendly, gentle temperament means it is unsuited to being a professional guard dog, but its temperament has also made it the third-most popular family dog breed in the United States.

While the holiday itself only began in 2012, Golden Retrievers have a long and storied history starting all the way back in Scotland in the mid-19th century. Here’s a quick dip into the origins of this beloved canine.

A need for the breed arose when common hunting dogs of the day were proving inadequate for retrieving felled game over land and water. Guns had improved by the early 1800s, so Scottish hunters were shooting from much greater distances over swampy marshland and finding their dogs were losing or maiming their precious birds. They needed a dog with a soft mouth and excellent fetching capabilities, so they bred their best water spaniels with retrievers, and voila! The first Golden Retriever was born.

Nowadays, Golden Retrievers have evolved well beyond retrieving felled fowl. Not only do they make great disability assistance dogs, but they also specialize in detection and search and rescue efforts due to their stellar sniffing abilities. Their patience and gentleness makes them perfect for children or hectic households.

National Golden Retriever Day was founded when a woman named Kristen Shroyer realized there was no day set as a tribute for these dogs. She set the date, March 3,  as the birthday of her late Golden, Quincy, who was sadly lost to cancer at only 7 years old.

In modern times, you might recognize Goldens in famous roles movies like Air Bud, Homeward Bound, and Napoleon. And as recently as 2019, a Golden Retriever named Kira went viral for saving two dogs trapped in frozen ice, fetching them and rounding them up for her owner, all captured on video. They truly are a one-of-a-kind breed!

3 THINGS TO KNOW ABOUT GOLDENS