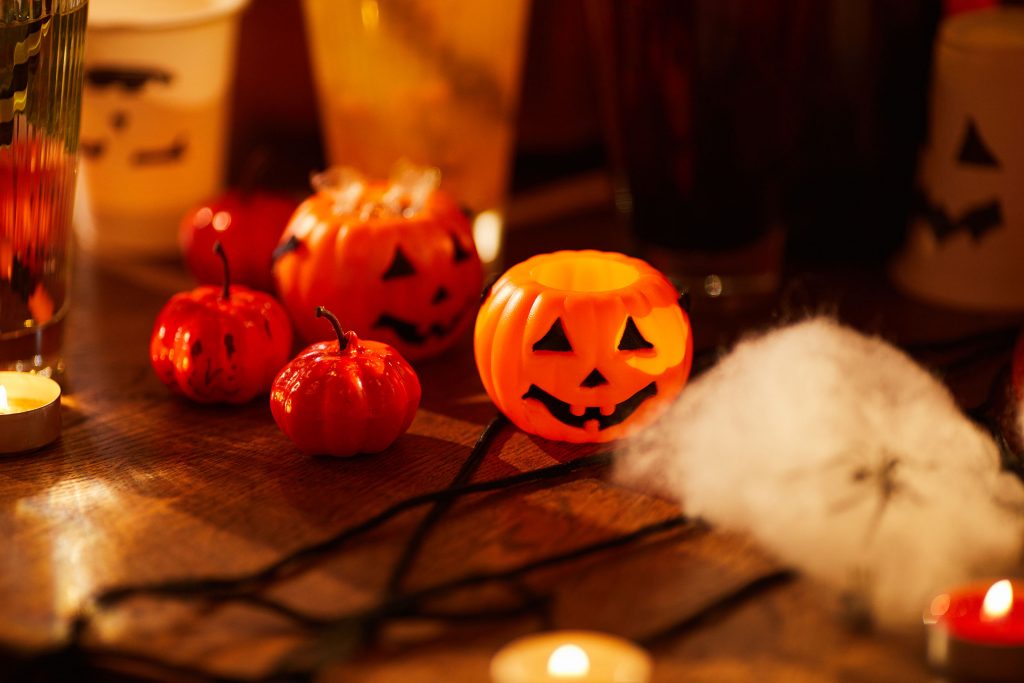 Halloween is a celebration observed in many countries on October 31st, the eve of the Western Christian feast of All Hallows’ Day. It begins the three-day observance of Allhallowtide, the time in the liturgical year dedicated to remembering the dead, including saints (hallows), martyrs, and all the faithful departed. 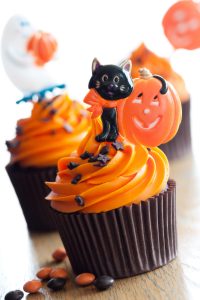 It is widely believed that many Halloween traditions originated from ancient Celtic harvest festivals, particularly the Gaelic festival Samhain; that such festivals may have had pagan roots; and that Samhain itself was Christianized as Halloween by the early Church. Some believe, however, that Halloween began solely as a Christian holiday, separate from ancient festivals like Samhain.

The word Halloween or Hallowe’en dates to about 1745 and is of Christian origin. The word “Hallowe’en” means “Saints’ evening”. It comes from a Scottish term for All Hallows’ Eve (the evening before All Hallows’ Day). In Scots, the word “eve” is even, and this is contracted to e’en or een. Over time, (All) Hallow(s) E(v)en evolved into Hallowe’en. Although the phrase “All Hallows'” is found in Old English “All Hallows’ Eve” is itself not seen until 1556.

On this night there should be nothing but laughter, fun, and mystery. It is the night when Fairies dance, Ghosts, Witches, Devils and mischief-making Elves wander around. It is the night when all sorts of charms and spells are invoked for prying into the future by all young folks and sometimes by folks who are not young.

The following games and tests of fate and fortune will furnish entertainment for children small and children of a larger growth. Of course, prying into the future with these tests at any other time, they may not prove infallible, but on the Eve of All Saint’s Day, when all the elves, the fairies, goblins, and hobgoblins are at large playing pranks and teasing and pleasing, why should they not “come true.”

WALNUT BOATS
Open English walnuts, remove meat, and in each half shell fasten short pieces of differently colored Christmas candles, each of which is to be named for a member of the party and, after lighting, set afloat in a large pan or tub of water. The behavior of these tiny boats reveals the future of those for whom they are named. If two glide on together, their owners have a similar destiny; if they glide apart, so will their owners. Sometimes candles will huddle together as if talking to one another, while perchance one will be left alone, out in the cold, as it were. Again, two will start off and all the rest will closely follow. The one whose candle first goes out is destined to be an old bachelor or maid. These nut-shell boats may also be made by pouring melted wax into halves of walnut-shells in which are short strings for wicks.

DUMB CAKE
Each one places a handful of wheat flour on a sheet of white paper and sprinkles it over with a pinch of salt. Someone makes it into a dough, being careful not to use spring water. Each rolls up a piece of dough spreads it out thin and flat and marks initials on it with a new pin. The cakes are placed before the fire, and all take seats as far from it as possible. This is done before eleven p.m., and between that time and midnight, each one must turn cake once. When the clock strikes twelve future wives or husband of one who is to be married first will enter and lay hand on a cake marked with a name. Throughout the whole proceeding, not a word is spoken. Hence the name “Dumb Cake.” (If supper is served before 11:30, “Dumb Cake” should be reserved for one of the After-Supper Tests.)

HALLOW-E’EN SOUVENIR GAME
Suspend apples by means of strings in the doorway or from the ceiling at the proper height to be caught between the teeth. The first successful player receives a prize. These prizes should be Hallow-e’en souvenirs, such as emery cushions of silk representing tomatoes, radishes, apples, pears, pickles; or pen-wipers representing brooms, bats, cats, witches, etc.

FLOUR TEST
A bowl is filled tightly with flour. During the process of filling, a wedding ring is inserted vertically in some part of it. The bowl, when full, is inverted upon a dish and withdrawn, leaving the mound of flour on the dish. Each guest cuts off with a knife a thin slice that crumbles into dust. The guest who cuts off the slice containing the ring will be married first.

KISMET
Take half as many apples as guests, tie two long strings, one red and one yellow, to each apple.
Place them in one large or several small baskets or receptacles on a table. The girls choose the red and the boys the yellow strings and at a signal they carefully pull the strings and follow them up until each finds his or her mate holding the string of the opposite color, attached to the same apple. The apples are then to be divided between each couple and the seeds in each half, counted as follows:

CANDLE AND APPLE
At one end of stick 18 inches long fasten an apple; at the other end, a short piece of a lighted candle. Suspend stick from the ceiling by a stout cord fastened in its middle so that stick will balance horizontally; while stick revolves players try to catch the apple with their teeth. A prize may be in the center of the apple.

WHERE DWELLS MY LOVER?
Steal out unobserved at midnight; plucking a small lock of hair from your head, cast it to the breeze. Whatever direction it is blown is believed to be the location of a future matrimonial partner.

“I pluck this lock of hair off my head To tell whence comes the one I shall wed.
Fly, silken hair, fly all the world around
Until you reach the spot where my true love is found.”

FEATHER TESTS
To foretell the complexion of future mate, select three soft, fluffy feathers. (If none is handy, ask for a pillow and rip open and take out feathers.) On the bottom end of each feather fasten a small piece of paper; a drop of paste or mucilage will hold all three in place. Write “blonde” on one paper; “brunette,” on another, and “medium” on the third. Label papers before gluing them on feathers. Hold up feather by its top and send it flying with a puff of breath. Do the same with the other two; the feather landing nearest you denotes the complexion of your true love. To make test sure, try three times, not using too much force in blowing feathers, which should land on the table, not on the floor.

ROSE TEST
Take two roses with long stems. Name one for yourself and one for your lover. Go to your room without speaking to anyone; kneel beside the bed; twine stems of roses together, and repeat the following lines, gazing intently on lover’s rose:

“Twine, twine, and intertwine,
Let my love be wholly thine.
If his heart be kind and true,
Deeper grow his rose’s hue.”

If your swain is faithful, the color of rose will grow darker.

NECKLACE
Make barrel-hoop into a necklace of bread, candies, red peppers, and candle-ends, and hang horizontally from the ceiling. Set hoop whirling and try to grasp its freight with your teeth. Accordingly, as you like your first bite will you enjoy married life.