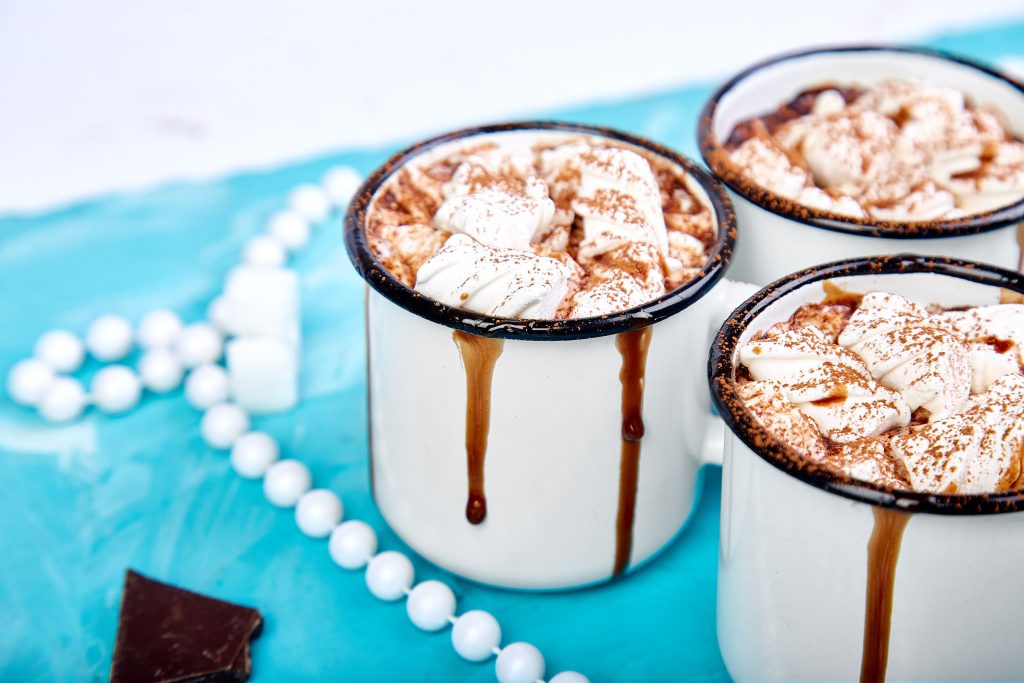 Each year on January 31, National Hot Chocolate Day warms up people across the country by celebrating the timeless cold-weather beverage.

Hot chocolate is a warm beverage made with ground chocolate, heated milk or water, and sugar. In America, we often use the terms hot chocolate and hot cocoa interchangeably. However, the two beverages are different.

We make hot cocoa with cocoa powder, heated milk or water, and sugar. We’re able to do this thanks to a process developed by father and son chemists. The thicker, more flavorful beverage, we make hot chocolate from ground chocolate containing cocoa butter. It’s also called drinking chocolate. Hot chocolate has also been around longer than hot cocoa. In the early 1800s, Casparus van Houten Sr. developed a process to separate the cocoa solids from the butter. His son, Coenraad Johannes made those fats more soluble in water. Together their processes made cocoa powder possible.

But before then, everyone drank hot chocolate. This thicker, creamier beverage often offered medicinal benefits for stomach ailments during the 19th century. In fact, long before the beverage’s popularity in Victorian times, it served in ceremonial culture.

2000 years ago, the Mayans likely created the first chocolate beverage. A cocoa beverage was also an essential part of Aztec culture by 1400 AD. Europe popularized the drink after it was introduced from Mexico in the New World.

Make it and Benefit

Hot chocolate can be enjoyed in a variety of combinations, topped with whipped cream or marshmallows. Sometimes a sprinkle of cinnamon or a dash of peppermint makes the chocolate extra special. In the United States, an instant form of hot chocolate is popular. It is made with hot water or milk and a packet containing mostly cocoa powder, sugar, and dry milk. People enjoy topping it with marshmallows or whipped cream.

There are health benefits to drinking hot chocolate. Cocoa contains significant amounts of antioxidants that may help prevent cancer. It has also been shown that the cocoa beans help with digestion. The flavonoids that are found in the cocoa also have a positive effect on arterial health.