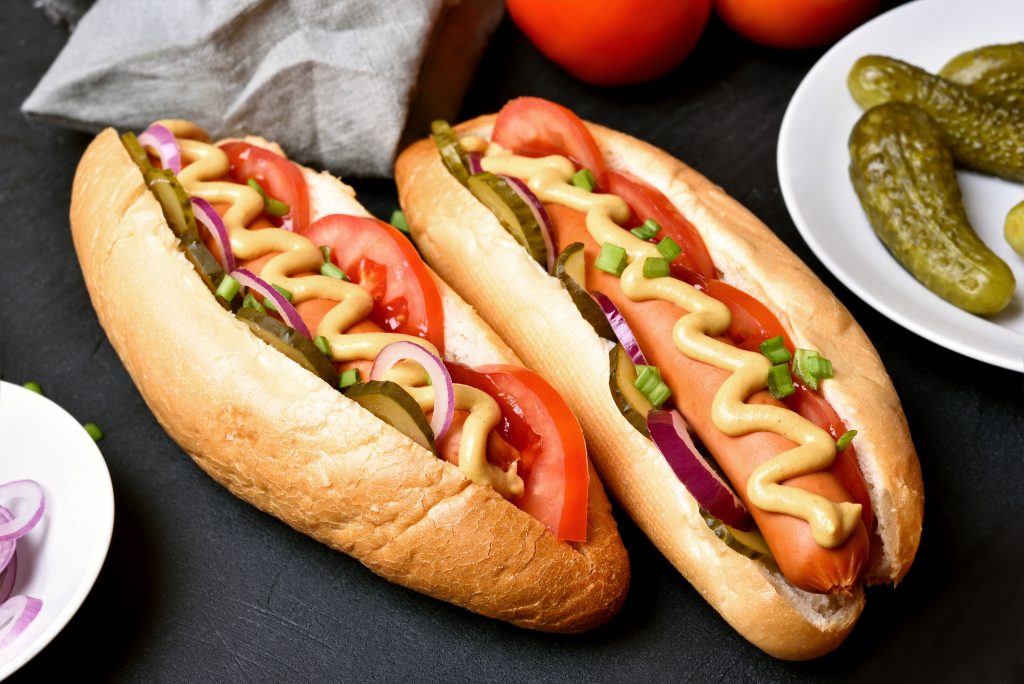 National Hot dog Day is celebrated each year on the third Wednesday in July.

The sun is out, you’re at the amusement park, and the rollercoaster is filling the air with the clack-clack-clack of wheels on rails. The scent of a thousand different fair foods fill the air, but one stands out above all the rest. It’s rich, it’s savory, it’s the smell of a thousand mysterious meat products put into one delicious sausage casing, broiled upon a flame grill, and sent out on a bun with all the fixings. Hot Dog Day celebrates this most delicious and tantalizing of treats, and its extensive history!

A lot of people are going to have fond memories of eating hot dogs. For some people, this reminds them of some of the fairs and fetes that they used to go to when they were younger. For others, it may remind them of the barbecues that they used to have with their families.

Or, maybe a hot dog is always your go-to snack when you go to a football or basketball game? There is no denying that hot dogs are tasty, yet we can’t eat them every day, as they’re not exactly bursting with nutrients. That’s why Hot Dog Day is the perfect excuse for you to indulge in this treat.

A hot dog is simply a steamed or grilled sausage sandwich whereby the sausage is typically served within a finger bun, which is partially sliced to fit the sausage inside. The sausage used is a frankfurter or a wiener, which is a Vienna sausage.

Given the Hot Dog Day is an international event, where it begins and who sponsors it tends to vary by region. In the USA it’s primarily the industry partners that participate in promoting it, whereas in other countries around the world it may be historical organizations celebrating the role it played in their history.

Did you know that the Frankfurter was named for the Germany city of Frankfurt, where it was said to originate? Well now you do! There’s even multiple varieties of Hot Dogs! The original hot dogs came in a natural casing, which in case you didn’t know were made from the small intestines of sheep. Intestines were regularly used for making all kinds of sausages, hotdogs included!

Then you have skinless hotdogs, in order to hold them together, they’re cooked in a cellulose casing that gets taken off when they get packaged. Since cellulose is kosher and cheaper than kosher intestine, this is often how the frankly (heh heh) delicious Kosher Hot Dogs are often made.

Hot Dog Day is celebrated all over, and if you’ve ever enjoyed a warm hot frank at a summer BBQ, then you’re no doubt celebrating too!

5 FACTS ABOUT HOT DOG DAY THAT WILL BLOW YOUR MIND