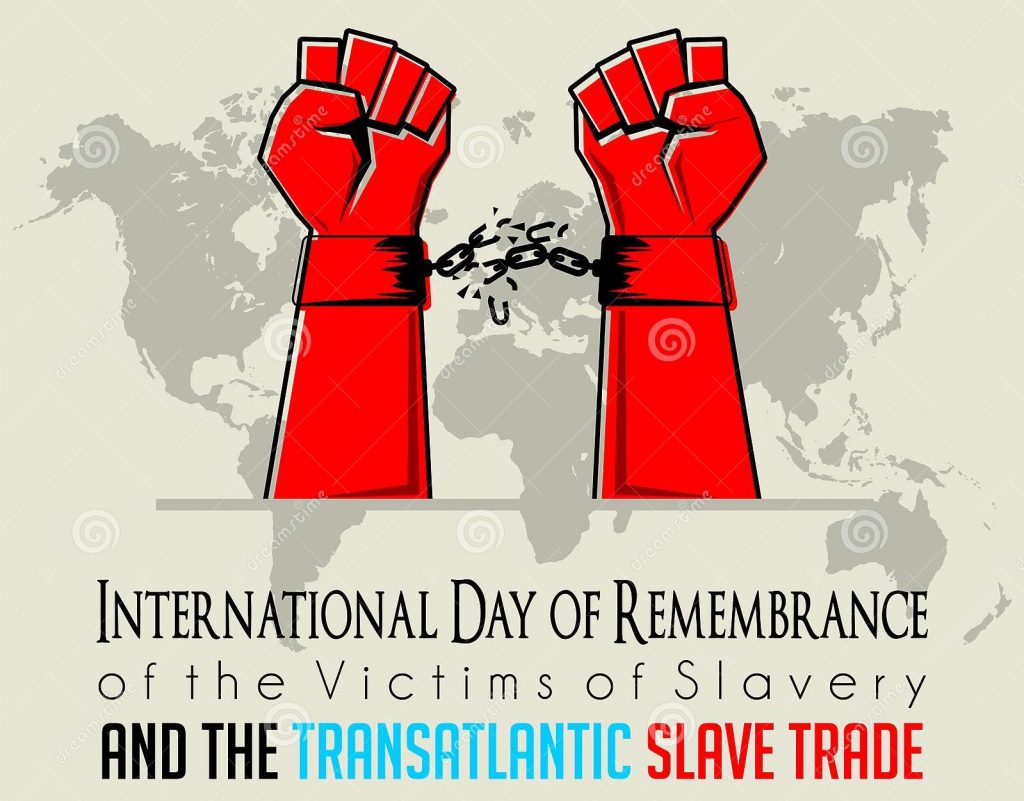 Each year on March 25th, the International Day of Remembrance of the Victims of Slavery and the Transatlantic Slave Trade is set aside to honor and remember those who suffered and died at the hands of slavery. The day also raises awareness about the dangers of racism and prejudice.

Between the 16th and 19th centuries, up to 17 million slaves were transported against their will from Africa to the Americas. Up to 2.4 million slaves died during the voyage. Millions more died soon after their arrival in the New World. Most of the people who were enslaved and transported came from Central and West Africa.

The first people to engage in the transatlantic slave trade were the Portuguese. In 1526, the Portuguese made the first slave voyage across the Atlantic Ocean to Brazil. Other Europeans followed suit. The British, French, Dutch, and the Danes became major slave-trading nations.

Despite the fact they were human beings, shipowners treated slaves like cargo. They shipped the slaves as quickly and cheaply as possible. Upon their arrival in the Americas, agents sold the slaves to work on plantations, as well as mines, rice fields, and as domestic servants.

In 1807, Britain passed the first legislation banning the slave trade. By 1815, the British pressured the Netherlands, France, Spain, and Portugal to do the same. Five years later in 1820, the United States made slave trading punishable by the death penalty.

The selling, transporting, and owning of slaves is considered one of the worst violations of human rights the world has ever experienced. The United States officially abolished slavery in the United States in 1865. However, racial segregation and prejudice against African Americans continue to this day.

On December 17, 2007, the UN General Assembly designated March 25th as the International Day of Remembrance of the Victims of Slavery and the Transatlantic Slave Trade. The commemorates the day in 1807 when the House of Commons and the House of Lords passed the Abolition of the Slave Trade Act. On March 25th, 2015, the UN unveiled a permanent memorial called the Ark of Return. The memorial was erected at the UN Headquarters in New York City to remember those who suffered and died during the slave trade.