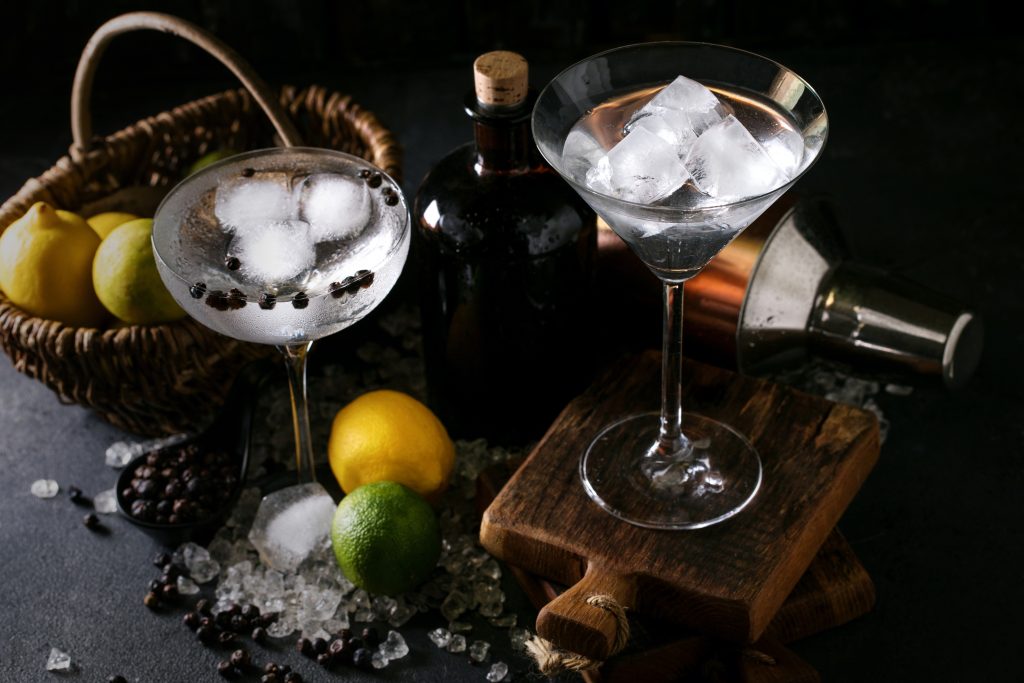 The idea of elegance and aristocratic indulgence of an ocean cruise was born out of the image of the rich men and women who ruled the British Empire slowly sailing to India and the Far East while sipping gin and tonic on deck – served by men in white jackets.

Gin and tonics have been substantially a British drink for the longest time. As a staple among the list of amazing cocktails out there, gin and tonics have a high bitterness to it, but it dies down with lime and sugar to make it palatable for most people. Whether you order it at a bar or make it at home, gin and tonics deserve their day to be celebrated.

The cocktail idea began during the reign of the British East India Company in India during the 1700’s. Malaria had been roaming around in India and became a problem. To treat malaria, George Cleghorn, a Scottish doctor, discovered that quinine, a flavor component of tonic water, could be used to treat malaria. However, not many liked the taste.

So, British officers in India in the early 1800’s began adding water, sugar, lime, and gin to the tonic water, and thus a gin and tonic was born. While tonic water isn’t used as an antimalarial treatment, tonic water contains less quinine and is sweeter. As for the gin component of the cocktail, gin is made explicitly with juniper berries and was sold in 17th century Holland as a cure for medical issues like gout, gallstones and stomach problems.

From there, gin and tonic became a popularized British drink, one that would even transcend into popular culture. One of the most famous references for this drink was in the movie Dr. No from the James Bond series. Bond talks about one of these drinks in Jamaica, a recipe where you would squeeze a whole lime into the drink itself, making the drink tart and refreshing.

While there are other references in popular culture, gin and tonics are considered to be a classic cocktail. Thus, the day was formed back in 2011 to celebrate the history of this new drink.

Organizers of the event bill it as a day when gin-lovers can enjoy their favorite drinks in the time-honored tradition. It is an opportunity for them to step back in time, and enjoy the once-medicinal flavors of the beverage, and enjoy contemporary twists.

One of the hallmarks of the event is the sheer variety of gin and tonic recipes out there. Mixologists have plied their trade, creating beverages for practically every palate, from the person who loves bitterness to those who prefer their G&Ts spicy (yes, literally!).

International Gin and Tonic Day is an opportunity for regular drinkers to find out more about their favorite drinks. For instance, sloe gin – one of the all-time classics – is made by soaking the fruits of the blackthorn tree in sugar water for several months. Harvesters pick the sloes off the trees following the first frost of winter, usually in October or November, and then submerge them in spirits. They then leave them to steep, imparting their flavor to the rest of the gin over the following months.

We also see a proliferation of flavored gins in trendy bars. Punters can now get their hands on rhubarb, orange, and raspberry varieties, adding a little extra kick to the experience. For those with more refined palates, several companies are now experimenting with adding herbal flavors to the drink, such as lovage. This savory gin is nothing like the regular flavors and provides drinkers with something fundamentally new to tickle their taste buds.

For those looking for something a little crazier, we also see brands introducing nostalgic lines of gin, based on childhood snacks. Gin fanatics can buy Jammy Dodger, Hubba Bubba, and Fruit Salad flavors from specialist vendors.

Every year a virtual gin and tonic party is held on International Gin and Tonic Day. Virtual partygoers are encouraged to post a photo of their gin and tonic. In past years, gin and tonic fans from 22 countries participated in the virtual event. Also, on this day, bars, pubs, and liquor establishments across the globe offer drink specials on gin and tonics.

“The gin and tonic has saved more Englishman’s lives, and minds, than all the doctors in the Empire.” Winston Churchill

To participate in International Gin and Tonic Day, serve up one of these delicious drinks for yourself. Make gin and tonics for all your family and friends. Have your own gin and tonic party. If you’re not sure how to make one, here’s a good recipe to try:

Place ice cubes in a glass. Pour gin, tonic water, and lime juice over the ice. Stir well. Garnish with the lime wedge and serve.