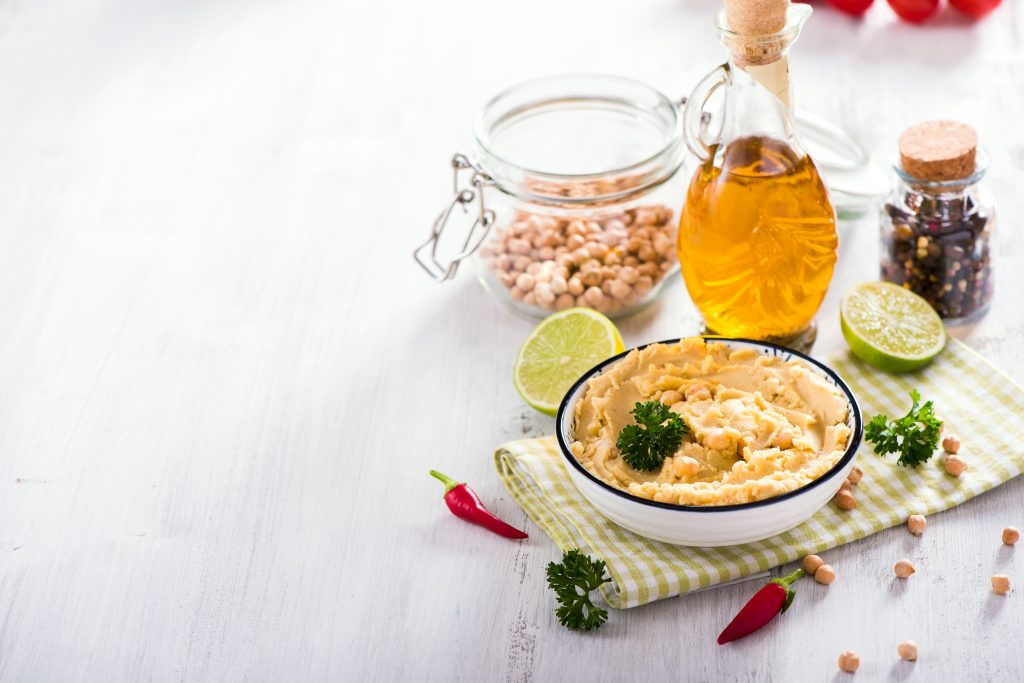 Hummus is an Arabic word that means chickpea. Despite the Arabic roots of hummus, some historians believe this food originated in Egypt. Still, other groups of people, including the Lebanese, Turks, Jews, and Syrians, have tried to take credit for inventing hummus.

No matter who actually invented it, the basic recipe for hummus has remained the same throughout the years. The most basic hummus recipe consists of chickpeas, tahini (ground sesame seeds), olive oil, lemon juice, and garlic. Some people like different flavors of hummus. These flavors include sun-dried tomato, spinach and artichoke, red pepper, basil pesto, chipotle, roasted garlic, and lemon.

Every flavor of hummus is considered a very healthy food, too. Hummus packs a wide variety of vitamins and minerals into a single serving. With each delicious bite, hummus provides folate, copper, manganese, magnesium, iron, zinc, and Vitamin B6. Hummus is also a low-carb food with a plant-based protein.

Other health benefits of hummus include:

Additionally, people all over the world eat hummus because it’s free of many common food allergens, including gluten, nuts, and dairy.

Ben Lang, co-founder of Innovation Israel, along with his friend, Miriam Young, founded International Hummus Day in 2012. Inspiration for the day came from another kind of spread called Nutella. When they realized  World Nutella Day celebrated the hazelnut spread, they thought hummus deserved its own day as well.