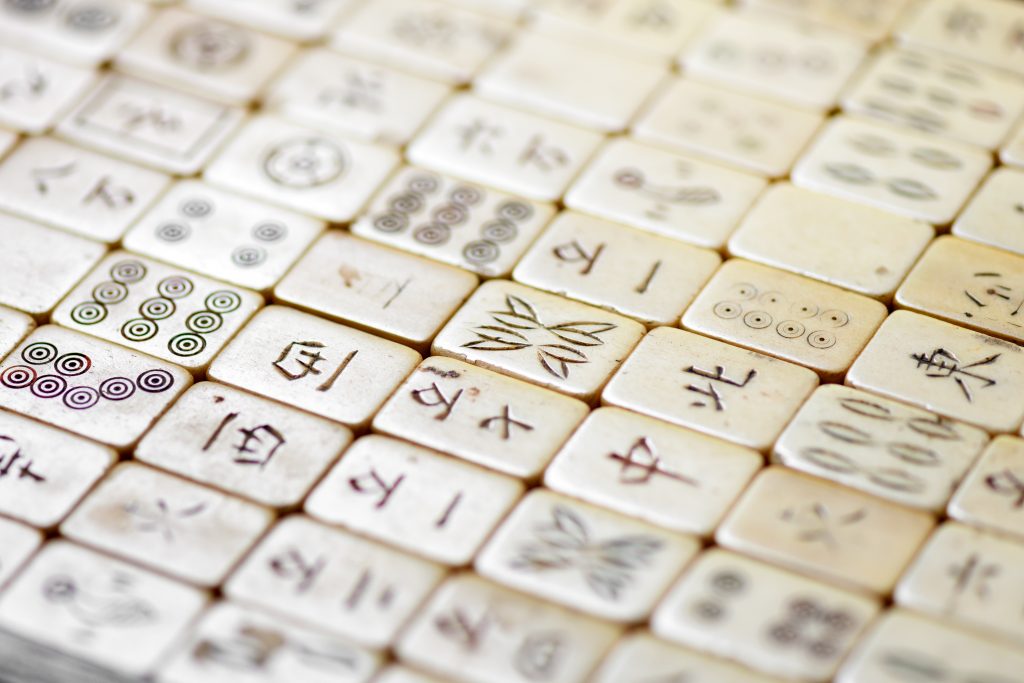 On August 1st, International Mahjong Day deals a game to get the celebration started! Play your tiles well, and perhaps you’ll honor the day with a win. It’s a 4 player game of strategy that contains 144 decorated domino-like tiles in five categories winds, simples, dragons, flowers, and seasons.

The 19th-century strategy game became popular in the United States in the 1920s. While we play the game with tiles, it’s much like rummy. The purpose of the Mahjong Game is to bring people together in a spirit of friendliness, mutual respect, love, and fun.

Because Mahjong traveled great distances, it challenges people from many different backgrounds. As a result, Mahjong also breaks down communication barriers, bringing neighborhoods and communities together. Since people of all ages play, the game also bridges the gap between generations.

There are also a variety of styles of Mahjong, including American, Hong Kong, Singapore, and Japanese, just to name a few. Find the version you enjoy best to play. Learn several different ways to play and play them all. If you’ve never played, the season is perfect to learn.

Riichi Mahjong Central founded International Mahjong Day to increase the awareness of Mahjong and how to play. Japanese style Mahjong is growing in popularity in Japan. This platform especially lends itself to a social element. As a result, professional leagues, much like those in the United States, are growing, too.

In September of 2018, the Registrar at National Day Calendar proclaimed International Mahjong Day to be observed annually on August 1st.