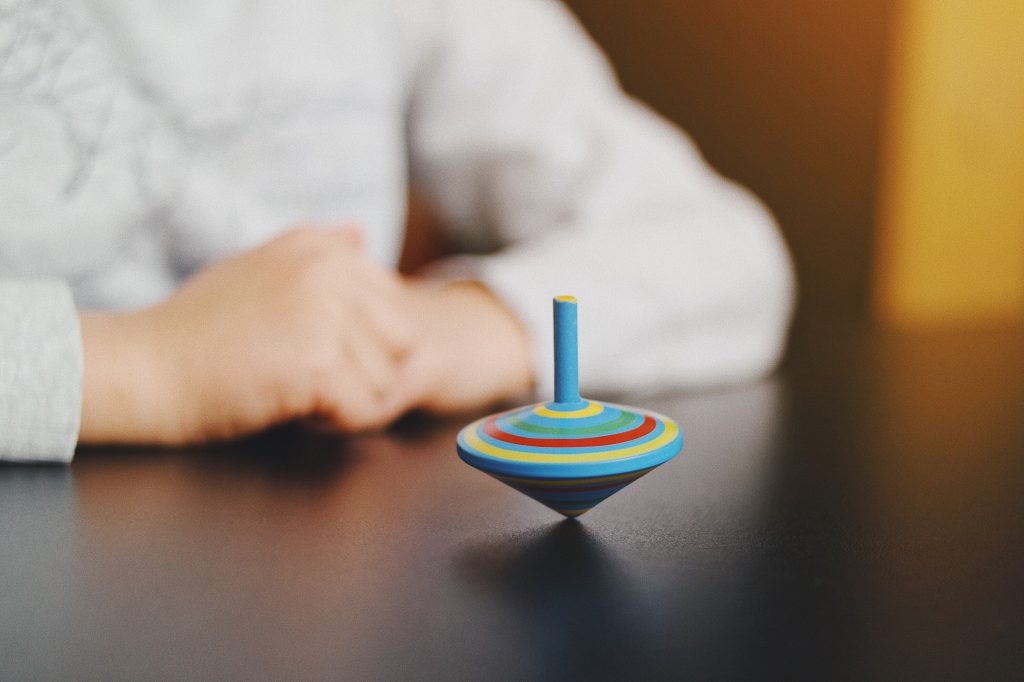 International Top Spinning Day on the 2nd Wednesday of October celebrates the joy and wonder that spinning tops bring into the world.

According to archaeologists, spinning tops are the oldest toys in the world. The oldest spinning top ever found was dated back to the 35th century BC, which was 6,000 years ago. In the 8th century BC, the ancient poet Homer sang about the spinning top. Throughout history, tops were made from a variety of materials. Usually, people carved them from wood. However, indigenous tribes made spinning tops from fruits and nuts. Modern tops are made from metal, glass, or plastic.

Tops may come in different sizes and shapes. However, they all defy gravity in the exact same way. A spinning top gets held upright by angular momentum. Some tops can spin for over 50 minutes! Tops are popular all over the world. Spinning tops across the globe include:

Have you ever spun a top? If not, today is the perfect day to try it out! If you have kids, be sure to introduce them to this wonderful toy.

International Top Spinning Day was established by the Spinning Top & Yo-Yo Museum of Burlington, Wisconsin, both to spread awareness of the joy that is the spinning top, and the fact that the World itself is, in essence, a spinning top, complete with the characteristic wobble. Tops have a long and august history in the world, and have appeared in every culture with significance ranging from spiritual to a simple childhood toy. Just how old is the spinning top? It has been recognized as one of the oldest recognizable toys by archaeologists, being found in multiple cultures and even deep in the oldest sites.

There are multiple types of tops, and the principles that govern them are even used in some of our most advanced technologies (ever heard of a gyroscope? It’s function is based on the same principles that govern the behavior of a top). There are battling tops and gambling tops, and some of those gambling tops are even used for religious purposes. Take, for example, the Dreidel of Jewish faith, a top used for gambling and, by tradition, to hide the fact that they were studying the Torah during times of persecution. Tops really do have a remarkable history, and International Top Spinning Day is your opportunity to research them all! Or just play with a top.