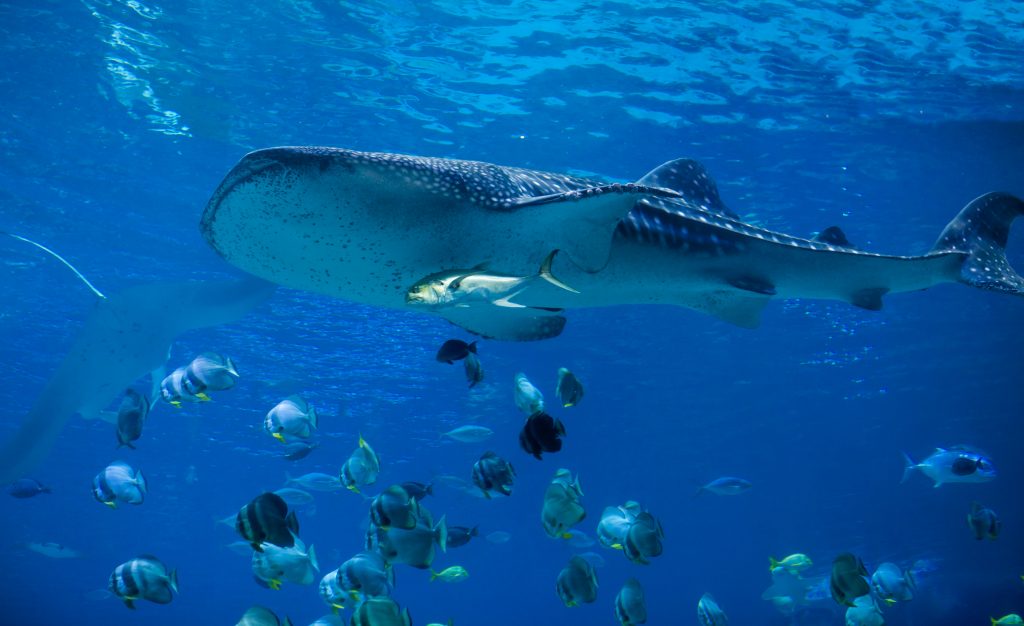 The bunnies have got Easter sewn up and Christmas is all about Rudolph, so it’s only fair that everyone’s favorite fish, the whale shark, gets a bite at the cherry.

International Whale Shark Day has been designed so that we can celebrate and increase awareness about these amazing sea-dwelling creatures. We need to protect and conserve the whale shark, as their numbers are declining. These gentle giants fascinate aquatic enthusiasts and marine biologists alike, yet it is up to us to make sure that their numbers increase and their futures are protected. This is what International Whale Shark Day is all about.

Whale sharks are incredible to look at, and even more fascinating to learn about. However, they are becoming endangered. They are actually one of the most vulnerable marine animals according to the IUCN, which is the International Union for Conservation of Nature.

Some interesting facts about whale sharks

Are they sharks? Or, are the whales? A whale shark is a shark. Let’s get that cleared up first and foremost. In fact, a whale shark is the biggest living species of shark on our planet. They can grow up to 14 meters in length, as well as weighing an average of 12 tons. Despite the fact that they are so big, their teeth are very small, measuring only six millimeters in length.

One of the most fascinating facts about whale sharks is that they all have a unique pattern. The skin of a whale shark is fully unique, just like the fingerprint of a human. This gives researchers the ability to run visual analytics on a whale shark so that they can identify and track it correctly.

One of the reasons why whale sharks are so vulnerable is because they move at shallow depths, and they move slowly in the ocean. They prefer to roam seas that have around a 50-meter depth, despite the fact that they can dive up to 1,000 meters. In terms of speed, they swim at approximately five kilometers per hour. Because of this, they are highly vulnerable to getting caught in fishing nets and ship collisions.

Started in 2012, International Whale Shark Day celebrates these gentle giants. Growing up to 14 meters long and 12 tons heavy, whale sharks have a face only a mother could love: no whale shark will ever win a beauty contest, so it’s right they’re made to feel special one day a year. However, there’s a serious purpose to the day, which aims to raise awareness of how this animal has been hunted to vulnerability for its highly prized fins and meat.

Indeed, in 2016, the whale shark was renamed by the IUCN, moving from a weak animal group to a jeopardized one, which is unbelievably stressful. As indicated by certain appraisals, it is accepted that there are just a huge number of these sharks’ life across the globe. There are various reasons why whale sharks are declining. Obviously, chasing has an immense job to carry out. Notwithstanding, there are likewise instances of whale sharks crashing into boats, just as these sharks getting caught in fishing gear. In certain pieces of Asia, items that are produced using whale sharks are extremely popular.

Obviously, we can’t discuss the danger to any kind of sea existence without referencing plastic. Squander plastics discover their direction into our seas. A whale shark can without much of a stretch wind up ingesting plastic, and this can cause a lot of issues, as it can get stopped into the whale’s stomach-related lot. At the point when this occurs, the whale will ordinarily starve to death, as it won’t have the option to eat any longer. At the point when you consider all that has been referenced, it isn’t difficult to perceive any reason why the existence of so many whale sharks is undermined and why we need to do our digits to secure this imperiled species.