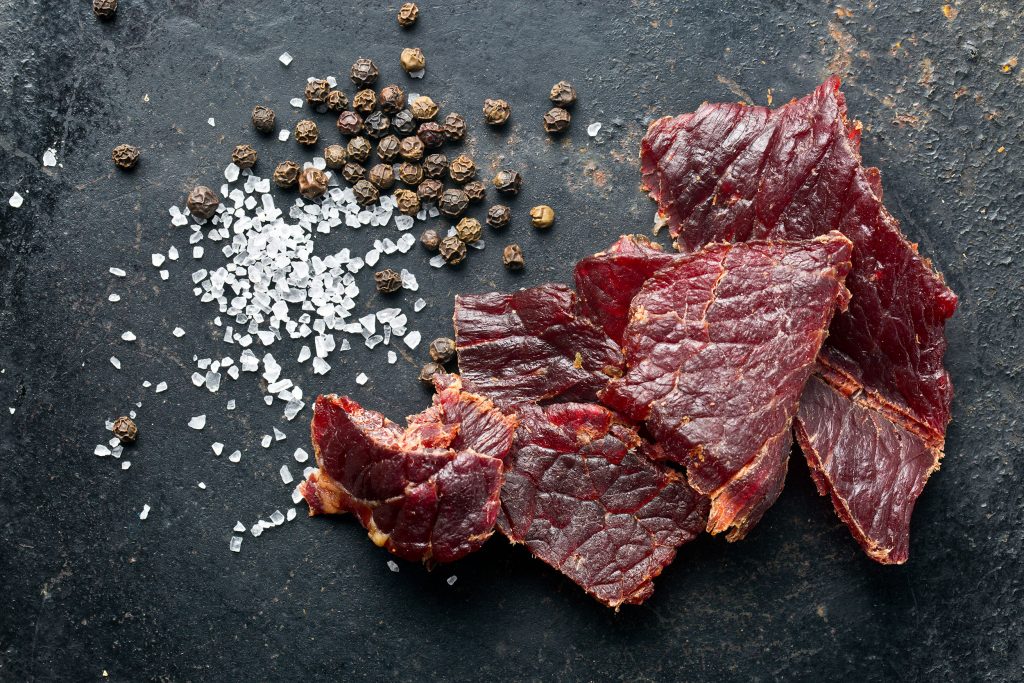 Jerky Day is celebrated on June 11.

You might be a redneck if you think that beef jerky and Moon Pies are two of the major food groups.

For millennia mankind has gained the benefits of consuming a diet containing meat, with the added fat and nutrients giving us the fuel we need to grow our brains, heal our bodies, and survive the long cold winters.

The one problem we’ve always faced with meat is that it will inevitably, sometimes quickly, go bad. Jerky Day celebrates one of the processes by which we created a way for meat to last and be saved for the long months and be easier to carry, all without losing its flavor.

Jerky is essentially what happens when you take lean meat, soak its brine, and leave it to dry under specific circumstances. The origin of the word Jerky would be most surprising to many of us, it is from the Quechua word charqui, the Quechua being a family of people who live in the Andes mountains of South America.

The process of creating jerky ensures that bacteria will have insufficient time to form before the meat is properly dried.

Jerky can come in a surprising number of flavors, including some delicious and spicy orange and pepper varieties. In recent days the flavors have even expanded to include that almost impossible to hate of meats, bacon.

Now there are other ways to produce jerky than just using thinly sliced meat, in fact, you can smoke it, or you can grind it into a paste and press it into easily dried shapes.

The end result is just as delicious and amazing. Jerky Day is your opportunity to try out a new flavor of jerky, or perhaps a lump of new meat, seeing as it can be made from Turkey, Chicken, Pork, Beef, or any other form of meat you care to dry.