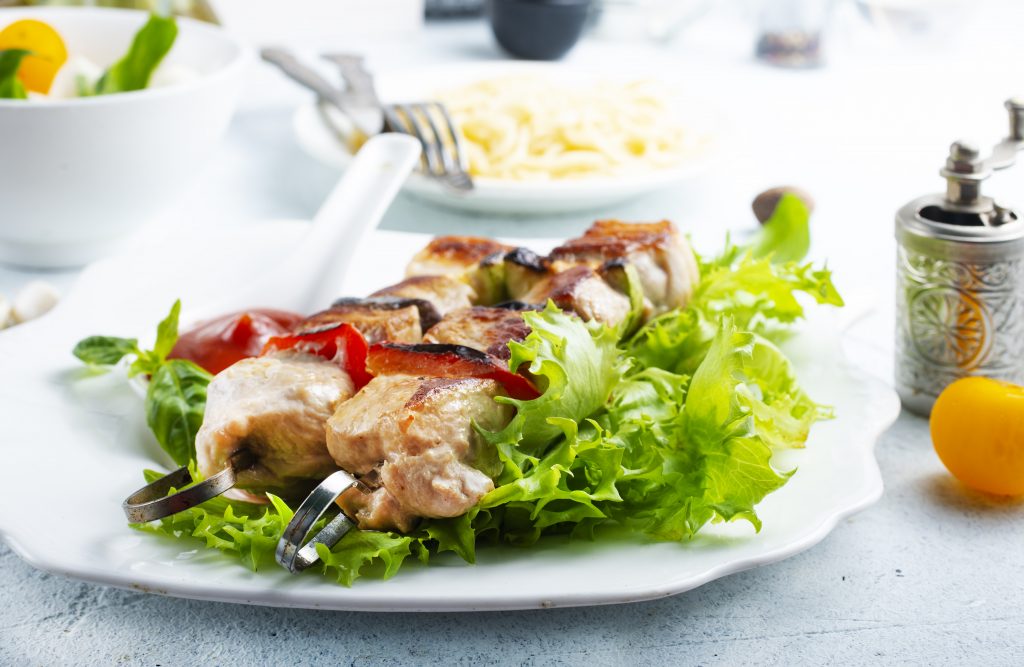 If you ask me, Kebab Day is the best day. I mean, who doesn’t love a good kebab? Officially, World Kebab Day is celebrated each year on the 2nd Friday in July.

The practice of cooking meat on a stick or skewer originates in prehistorical times, possibly as long as a million years ago, when early humans began cooking with fire.

“Kebap” – the Turkish word for kebab – is from kabāb, and can be traced back to a Mesopotamian word meaning cut-up pieces of pan-fried or flame-grilled meat.

There is something special about a kebab, that combination of meat and vegetables skewered on a bamboo spear roasted over coals. The smoky flavor, the fantastic array of seasonings, or just the combination of the carnivore’s favorite treat and the herbivore’s secret vice makes it a place where we all can meet.

Kebab Day celebrates this delicious barbecue favorite and its origins and gives us an excuse to eat all the kebab we want! 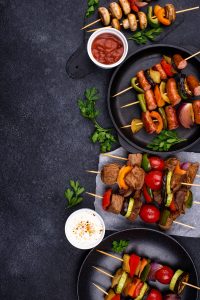 Kebab Day has been created so that we can celebrate this incredible meal! No matter whether you like to have a doner (donair) kebab after you have been clubbing with your friends or you are a fan of the shish kebab and often make them yourself, this is a day to celebrate.

There is only one thing that can be on the menu this evening! If you’re a vegetarian, fear not! You can easily make a vegetarian kebab. A lot of people have substituted traditional meat with different ingredients, such as tofu, cheese, and vegetables, over the years.

Kebabs have a long and august history, starting in the Middle East, where initially they were simply grilled meat heavily seasoned. There are two particular varieties with which those of us in the West are particularly familiar shish kebab and doner (donair) kebab.

The word “doner,” comes from the Turkish verb dönmek, or to turn, because it is grilled for hours on a rotating spit.

Shish kebab is far and away the more commonly known term and refers to a variety that is popular in Asia. Most commonly made of lamb or beef, it has also been known to contain swordfish or chicken. While we usually see these dishes prepared with the vegetables and meat on the same skewer, they were initially done separately.

On the other hand, the doner kebab is most commonly known as the source of meat for gyros. Essentially its layers of meat are stacked into an inverted cone and slowly roasted by turning next to a vertical cooking element. The outer layer is slowly sliced as it cooks and is served, most commonly in a pita-like the famous gyro. This isn’t the only thing a doner kebab is used for, but if the others top the gyro… we’d like to try them.

Other varieties you might find are Kebab Kenjeh, Kebab Halabi, Burrah, Karmi, and Galouti, just to name a few!