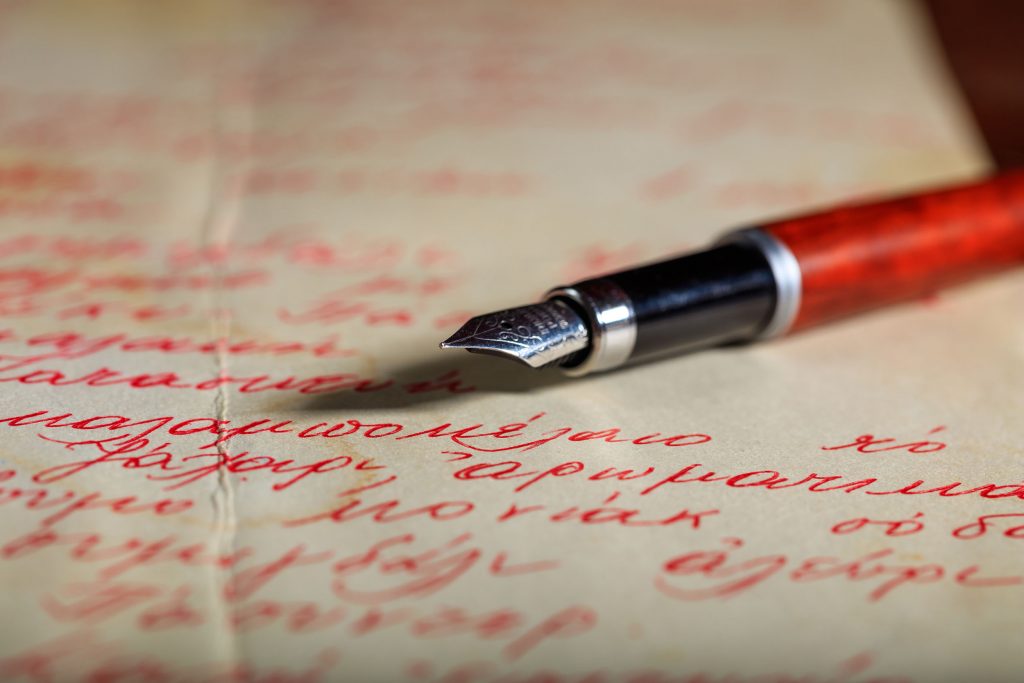 December 7th is Letter Writing Day. Celebrate the day by getting out some paper and writing a letter to a family member or friend. There are no rules as long as you put your soul into it.

Letter writing is as old as written language – people in ancient civilizations communicated with each other through letters written on a variety of different surfaces. Archaeologists have discovered letters written on wood, metal and ceramic plaques, leather, and fabric. Preserved letters are great historical resources – they are treated by historians as first-hand accounts of the social, economic, and political conditions prevailing at the time.

The mass production of paper and innovations in transportation made letter writing into an effective way to communicate with family and friends as well as elevated it into an art form. It also became a way for children and young adults to learn how to write and to present their thoughts and ideas cogently.

For hundreds of years communication took place through just a couple of ways, you either sat down and had a conversation with someone or you wrote your thoughts and feelings down on a letter and had it delivered to them by courier. The nature of letters made them incredibly intimate, as each carried the indelible mark of its creator.

Everything from the subtle scents of your home and perfume, to snippings from your garden, could be included in a mailed letter. Digital media just doesn’t quite carry the same personal level as this old method, and Letter Writing Day is your opportunity to remember the wonders of the hand-written word.

Letter Writing Day is all about paying tribute to the age-old form of communication; letter writing. Letter Writing Day presents you with a great opportunity to reconnect with people that you may not have spoken to for quite some time now. It also helps you to think before you write. With modern connection forms, we don’t tend to reflect and think before we communicate with someone. However, a letter gives you the perfect opportunity to do this.

World Letter Writing Day was established by Richard Simpkin as a tribute to the joy and excitement he felt when a hand-written letter would arrive in his mailbox. His appreciation of the hand-written word came about as a result of a project he was working on called “Australian Legends”, he would send out letters to everyone he considered to be an Australian Legend with the interest of arranging a personal interview and photography session. There was just something amazing about receiving a letter with the legend’s own personal touch to it, and it certainly doesn’t hurt that while hand-written letters are collectible, digital communication certainly is not.