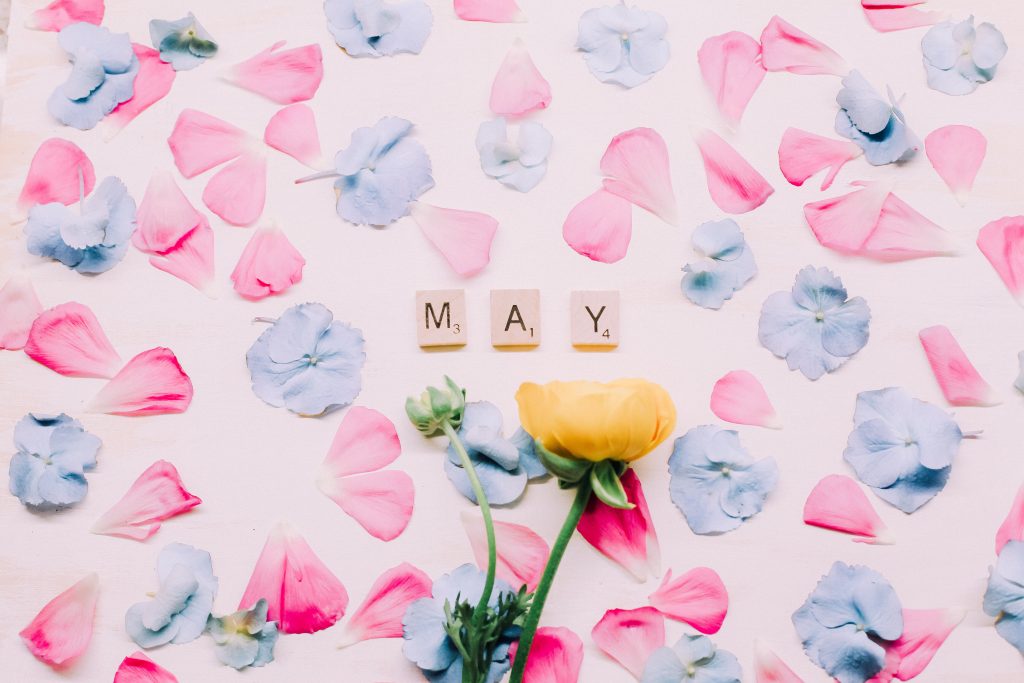 On May 1st, May Day ushers in a traditional celebration of flowers and spring. In many ancient calendars, May 1st welcomed the first day of summer. This was truly a cause for celebration.

One of the more popular rituals was harvesting flowers and giving them to neighbors and strangers in cone-shaped baskets. These May Baskets become more commonly known as May Day Baskets. The current tradition is observed by hanging a cone-shaped basket full of flowers or other gifts on the outside doorknob, then knocking or ringing the doorbell and running away.

May Day has been a traditional day of celebration for centuries, with some of the earliest appearings in pre-Christian times. In English tradition, the observance is celebrated by crowning a May Queen and dancing around a maypole. The Finnish recognize a carnival-type celebration in the streets that includes a special type of lemonade made with lemons, brown sugar, and yeast.  In France, it is correct to give people either dogwood or lily of the valley while Italians celebrate with a seasonal feast in honor of the arrival of spring.

HISTORY OF MAY DAY

Throughout the years and decades, there have been different meanings, festivities, and representations of May Day. The meaning of seasonal change has been the most significant one amongst different countries.

May Day is one of the four ancient Celtic cross-quarter days, making it an astronomical holiday as it falls between the March equinox and June solstice. Originating from its Celtic name, “Belthane,” Beltane was a spring celebration that included dancing, singing, special bonfires, and house doors and animals would be decorated with yellow May flowers and ribbons. During this time, in various communities in Ireland, people would visit special wells and the Bethane dew was believed to bring beauty and youthfulness to those around it.

In the Middle Ages, English villages had homes with maypoles from rejoice and celebrations of May Day. Villagers would go into the woods to find maypoles set up from towns and cities. Because maypoles came in different sizes, villages would compete with each other to see who had the tallest one. People would dance around them because the pole symbolized male fertility as baskets and wreaths symbolized female fertility.

In the 19th century, a new meaning of May Day came about. May Day also became known as International Workers’ Day for labor rights and an eight hour work- day in the United States.

As time went on, different cultures created their own traditions in alignment with their beliefs. Europeans and Americans celebrate May Day with flower crowns, maypole dancing, and by making flower baskets to share with loved ones. In Hawaii, May Day is known as “Lei Day”, a celebration of the aloha spirit and the giving of the flower. What a better way to celebrate than with the people you love!

12 – the number of working hours originally set in the United States before labor protests.

1886 – the year when workers first took to the streets to reduce working hours.

60 – the number of countries around the world that celebrate the holiday.

3 billion – the number of the population of the world employed in 2015.

240 million – the number of the population of the world unemployed in 2015.

30 million – the number of people who work in slavery conditions today.

$32 billion – the number of dollars generated in profit through cheap labor.

10 – the average age of children working in hazardous conditions around the world.

2030 – the year when the total workforce of the world is predicted to increase to 4 billion.

5 FACTS ABOUT MAY DAY