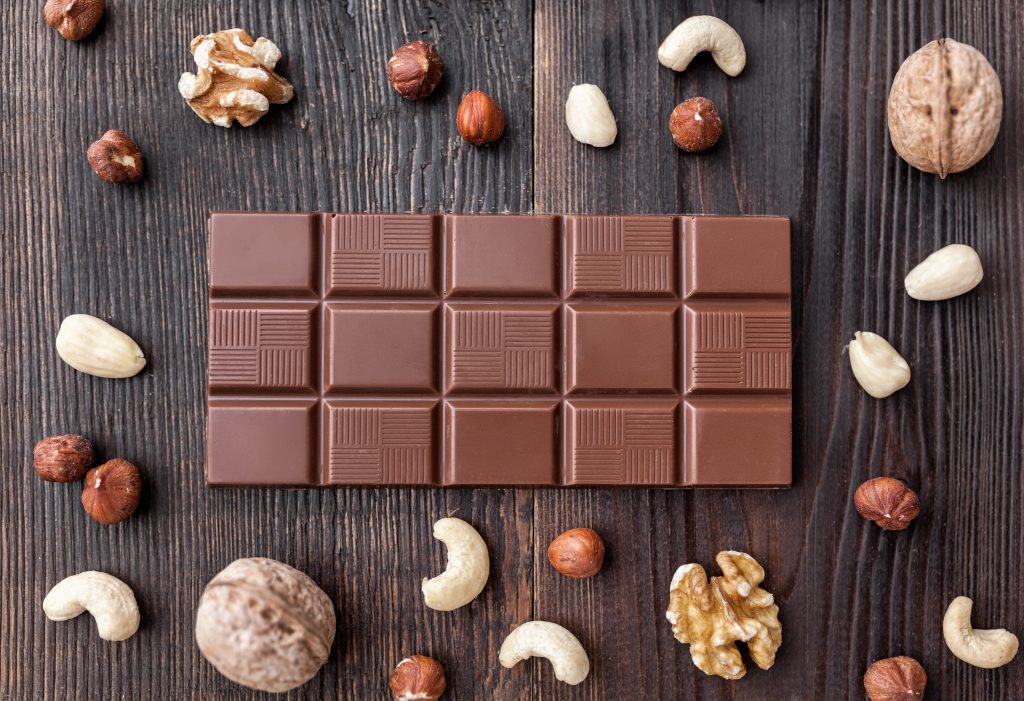 How is milk chocolate different from other chocolates? It’s a mix of cocoa solids and either dry or condensed milk. While dark chocolate is traditionally used as a baking ingredient, this lighter version is used to make chocolate candy bars, hot chocolate, and many other delicious desserts.

Did you know that chocolate actually has mood-enhancing benefits? That’s right—chocolate can make you happy! This is due to the fact that it contains a stimulant called theobromine and a compound called anandamide. Now that’s a reason to celebrate!

Daniel Peter, the inventor of milk chocolate, was born in the village of Moudon, located in the Canton of Vaud, in beautiful, mountainous Switzerland in 1836. Peter attended school and graduated there.

Later on in life, Daniel Peter had formed a strong friendship with his neighbor, Henry Nestle, who had settled in Vevey, Switzerland, about 1843. Nestle had developed a process to make baby food in which he used what was then called a “milky flour.” It was at this point in his life that Daniel Peter asked himself the question, “Why not try to make a chocolate containing milk?”

This idea stayed with the young Daniel Peter to the point of becoming an obsession with him. He further realized that in order to stay in the chocolate market, already principally controlled by Caliller, Suchard, Kohler, and others, he must produce a new product that would become

pleasing and desired by the consumer.It should be noted by all that since the early 20th century, the countries of Europe have been producing milk chocolate of varying qualities.

It should also be understood that the development of the process by Daniel Peter was created in the community of Vevey, with the Canton of Vaud, in Switzerland, and further pointed out that the first chocolate process, although not milk chocolate, was also created in Vevey, Switzerland, by Francois Louis Cailler, at the age of twenty-three, upon his return to that community from France and Italy in 1819.

Our research has found that Milk Chocolate Day was started by the Confectioner’s Association.