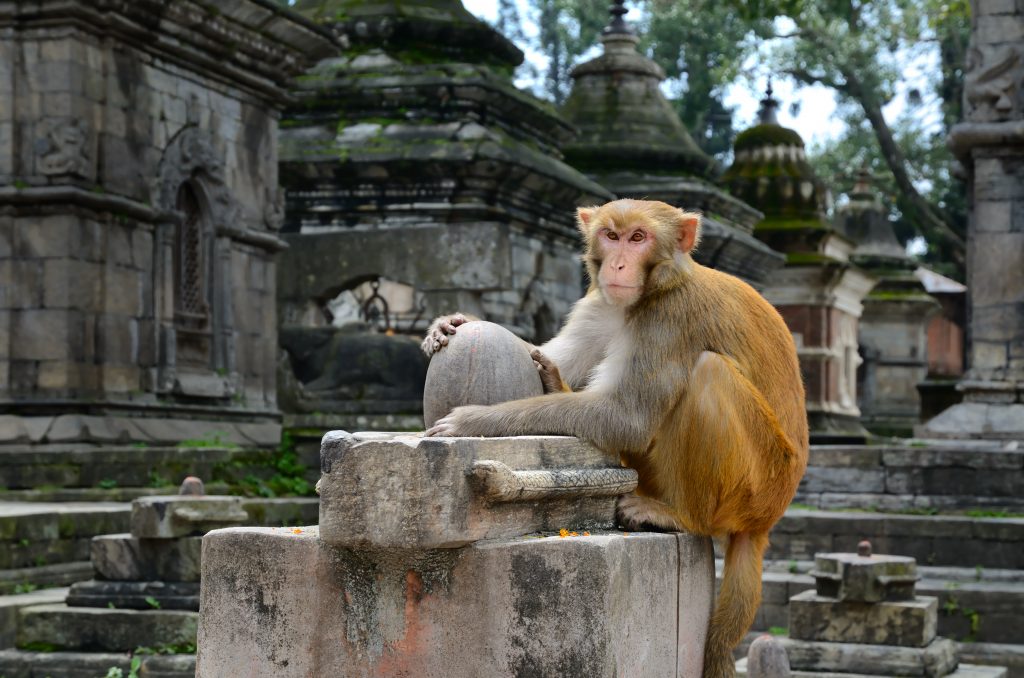 Monkeys are interesting creatures – cute, mischievous, and sometimes downright obnoxious (anyone who disagrees has obviously never had their laundry torn down by a family of primates when it’s hanging to dry). Many species of primates are also endangered, and then there are questions of animal rights and the usage of primates in medical research. That’s why there’s Monkey Day, a day that’s been dedicated to raising awareness about non-human primates.

Monkey Day has been created to celebrate monkeys, as well as “all things simian,” which includes lemurs, tarsiers, apes, and other non-human primates. It is a great day when it comes to raising awareness about different types of monkeys and primates around the world, as well as the issues they face and how we can help them.

However, many species of monkeys are endangered. Some endangered species from around the world include:

Environmental activists and animal rights activities are especially vocal and passionate about this date. The same goes for art institutions and visual artists. Supporters and celebrates of this date include the Smithsonian Institution, the Metropolitan Museum of Art, the Louvre Museum, London’s National Portrait Gallery, National Geographic, Greenpeace, and Jane Goodall.

Back in 2000, Casey Sorrow was an art student at Michigan State University, and he ended up writing “Monkey Day” on his friend’s calendar as a prank. But then they actually celebrated the occasion with other art students at MSU, and Sorrow later started collaborating with fellow MSU student on the Fetus-X comic strip, where the holiday was mentioned and popularized. Since then, Monkey Day has been observed internationally as a day to celebrate primates (including monkeys, but also apes, lemurs, and tarsiers).

Sorrow himself still does much to promote the holiday and the cause of primate welfare, and in addition to the Monkey Day website, he also maintains a “Monkeys in the News” blog which discusses primate-related news around the world and comes out with a list of the top ten primate-related news stories from the past year every Monkey Day.

Since Monkey Day was created, it really has gone from strength-to-strength. It is now celebrated in many different corners of the world. This includes Scotland, Turkey, Thailand, Colombia, the United Kingdom, Estonia, Pakistan, India, Germany, and Canada. It has been described by the Washington Post as a day to do the following:

“Learn something about these adorable and highly intelligent primates. Or you could use this day to act like a monkey.”

How to celebrate Monkey Day

You could simply dress up in a monkey costume and play the part, because there are some people who do just that for Monkey Day and even hold competitions for it. Or you could spend the day at the zoo, because many zoos around the world do hold special celebrations for Monkey Day. Some of these events focus on educational events about monkeys, while others do things like auction off artwork created by chimps and performing intelligence tests on primates.

Even if a local zoo in your area is not hosting an event on this date, we would definitely recommend taking a trip to your nearby zoo and spending some time with the animals. Make sure you do take a look at their calendar beforehand, as zoos all around the world have special activities and talks going on. For example, at Australia’s National Zoo & Aquarium, they hold a number of educational talks and activities that are designed to raise money for endangered species, such as Cotton-top Tamarins in Columbia, as well as increasing awareness.

In Scotland, at the famous Edinburgh Zoo, they raise awareness about the different dangers that primates face by using monkey storytelling. Monkey Day events are also held at The Faruk Yalçın Zoo and Botanical Park in Darıca, Turkey to raise awareness. In India, the Indira Gandhi Zoological Park holds a number of different programs so that children can become educated about issues facing wildlife and so that people are encouraged to adopt monkeys. The list doesn’t end there either. In Pakistan, the Lahore Zoo really goes the extra mile. They hold educational events and art competitions about monkeys, including performances to highlight the threats they face, poetry readings about monkeys, and much more.

Even if you don’t have a monkey at your house, you might consider throwing a monkey day party, inviting all of your friends over (keep in mind that humans are in fact primates too, even without gorilla costumes), and common activities at such celebrations involve films such as King Kong, Planet of the Apes, and Lady Iron Monkey, as well as monkey-themed music (The Monkees, anyone?).

Often, celebrations involve fundraising for primate-related causes and charities, and many organizations around the world dedicated to primates hold Monkey Day events of various sorts. So when Monkey Day comes around, get out there and do it proper, by monkeying around!

Finally, another way that you can celebrate Monkey Day is by watching a film based on this primate! There are so many different types of monkey films. Of course, the Planet of the Apes series of films is the most well-known, but there are many others. Disney’s Monkey Kingdom comes highly recommended. Other famous monkeys on our screens include the Chain-Smoking Capuchin in The Hangover Part II, Clyde in Every Which Way But Loose, Cheeta in Tarzan the Ape Man, George in Curious George, Joe in Mighty Joe Young, and King Louie in The Jungle Book.