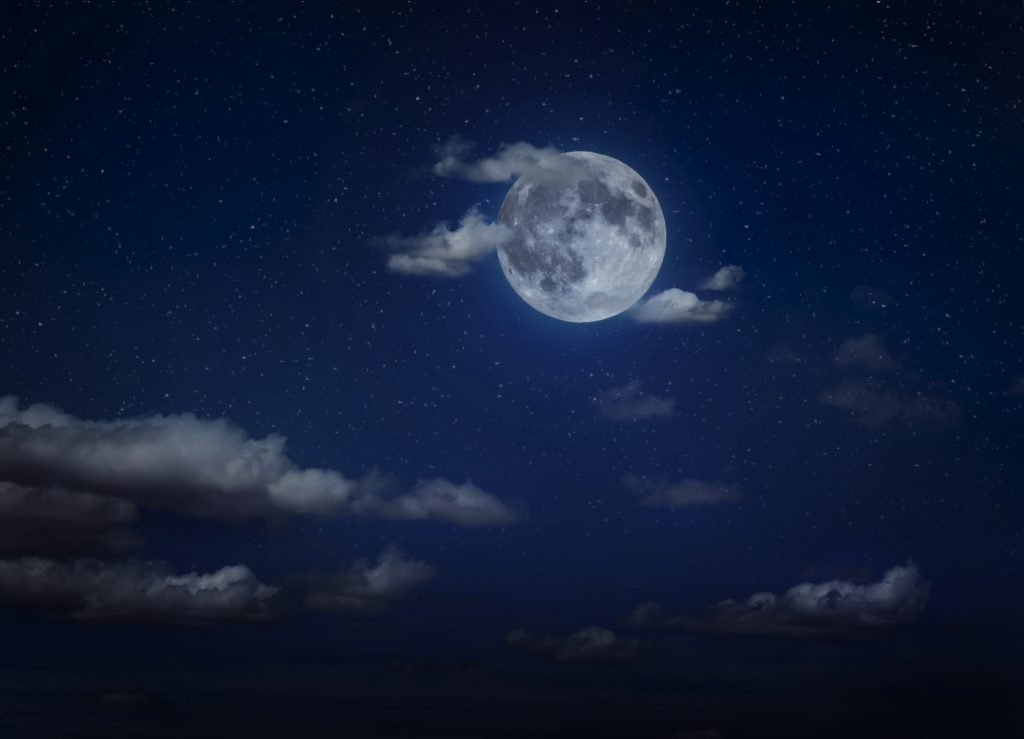 Every once in a while, the human race achieves something truly remarkable, and Moon Day celebrates the occasion when we first left footsteps upon our nearest neighbor.

It’s probably best to gloss quietly over how long it is since the last visitors landed there, but that’s no reason to skimp on the celebrations. After all, there’ll never be a better excuse to launch firework rockets over your neighborhood and dress up in a tinfoil suit with a fishbowl on your head. Alternatively, you might prefer to drag a telescope out into the garden, or maybe sit in a circle howling like wolves as the moon rises.

Be careful who you invite to your Moon Day party, though, as there’s bound to be one guest who insists the party is not really happening and that you are faking the hot dogs and beer in a film studio somewhere in Nevada.

Neil Armstrong became the first man to step down onto the cratered surface of the moon and he said the following words: “That’s one small step for man, one giant leap for mankind.”

These are words that pretty much everyone around the world is familiar with!

When this happened, it was one of the most monumental occasions in our history. On Moon Day, we celebrate the historic landing on the moon that occurred on the 20th of July in 1969. We also take the time to consider the monumental effort that it takes in order to get a space program off the ground. You may have thought that we would have made millions of space expeditions since then, but it simply is not that easy!

On Moon Day, we take the time to remember the profound and quirky moments in space that resulted in the United States being the first country to have its flag planted on the moon. This is definitely something to be proud of!

In order to understand the history of Moon Day, we first need to understand the history of such space expeditions. On the 25th of May in 1969, it was announced by John F. Kennedy, who was president at the time, that the Apollo space program would start. This initiated NASA’s work on a manned lunar landing. He stated that it was his plant to make sure that there was an American on the Moon by the end of the decade.

The historic first took place when Apollo 11 landed on the moon for the first time. The world held its breath when three men became the first humans to step onto the surface of the moon.

Apollo 11 (July 16–24, 1969) was the spaceflight that first landed humans on the Moon. … Armstrong became the first person to step onto the lunar surface six hours and 39 minutes later on July 21 at 02:56 UTC; Aldrin joined him 19 minutes later.

However, it was not all systems go, as NASA ended their Apollo program with Apollo 17. This was the final Moon landing mission, which happened in 1972.

However, in recent times, we have started to see more space programs initiated, so we could start to see more space activity from now on. This has been made possible because NASA has partnered with commercial companies in order to ensure that there is the funding needed to keep these projects going.

SpaceX is a prime example. Owned by Elon Musk, this company designs manufactures, and launches advanced spacecraft and rockets. Their aim is to colonize Mars, and we have seen a lot of incredible innovations that they have brought to the fore. If you do not know a lot about this, we recommend using some of your time on Moon Day to find out more.

5th – the ranking of our Moon’s size compared to others in our solar system.

14.6 million – the number of square miles of the surface area of the Moon.

30 – the number of Earth-sized planets that could fit between the distance of the Earth and the Moon.

2300 mph – the traveling speed of the Moon orbiting the Earth.

1 inch – the distance the Moon drifts farther from Earth every year.

16.5% – the percentage decrease in a human’s weight on the Moon.

12 – the number of men who have walked on the Moon.

1950s – the period when the U.S. proposed detonating a nuclear bomb on the Moon.

30 seconds – the amount of time in terms of fuel that was left when Neil Armstrong landed on the Moon.

How long is a day on the moon? Well … a mean solar day on the Moon, a lunar day for short, is 29.5306 Earth days. Local lunar days can vary even more than solar days on Earth, over 6 hours shorter or 7 hours longer than the mean.