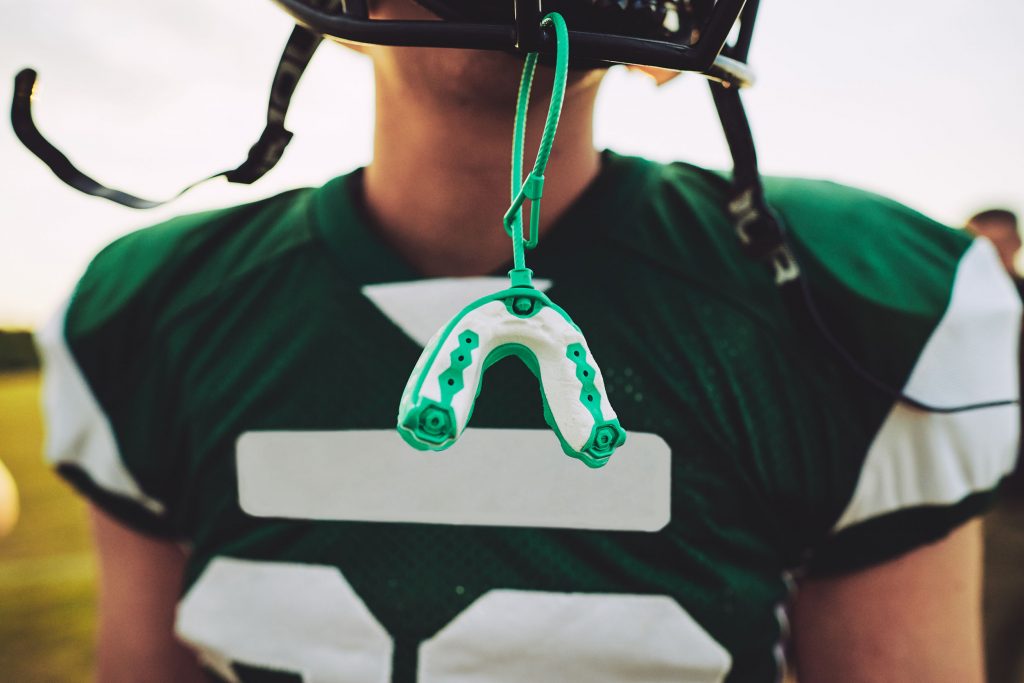 Mouthguard Day was founded by OPRO in 2018 and falls on the first Monday in September to coincide with the start of the academic year and the start of the new season. Mouthguards (also known as gumshields) are a kit requirement for a wide variety of ball, stick, and combat sports.

There are two types of Hockey Players, those who wear their mouthguard, and those who eat through a straw. – Anonymous

If you’re a sports-minded individual, the odds are good that you at least know what a mouth guard is, or have even worn one yourself. While the primary purpose of mouthguards in the mind of the populace is to protect those involved in active sports from having their teeth smashed out of their mouths, there are other reasons that Mouth Guards are worn as well. On Mouth Guard Day we celebrate these wonderful inventions and the beautiful smiles they’ve served and protected throughout the years.

The origin of the mouthguard may very well be lost to history, but what is known is that boxing is likely the home of this creation. It’s worth noting that doesn’t narrow things down very much, as pugilism has been a popular sport for hundreds or even thousands of years.

Throughout the year’s everything from resin and tape to wood and leather has been used to help protect these fighters’ teeth. It was in 1892 that one Woolf Krause, a dentist from Britain, invented a mouth guard made from gutta-percha, a natural resin. The only issue with this mouthguard is that it had to be reapplied every fight and was not reusable.

Krause’s son, Phillip, took his father’s invention a step further and created a reusable version that would become the standard in designs for decades. Mouthguards have been a standard piece of sports equipment ever since those days, and remain one of the most critical parts of any sportsperson’s kit.

As the technology advanced, they found more and more uses for this technology, including their serving to help those with a tendency to grind their teeth from damaging their teeth in their sleep.