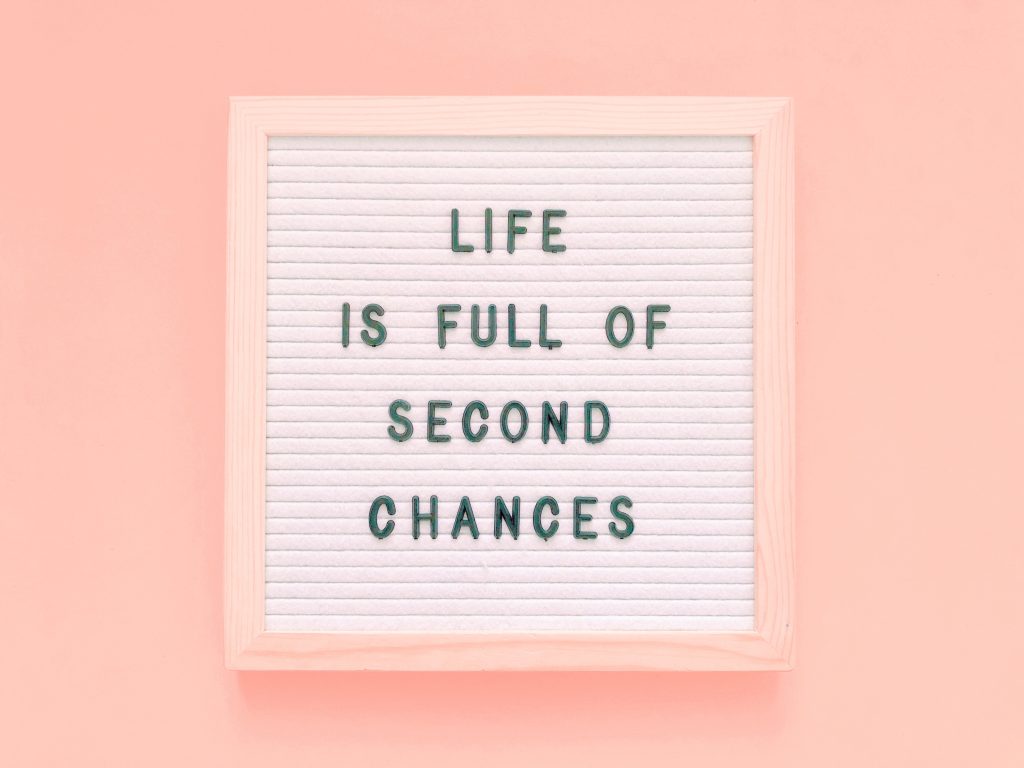 Give yourself a second chance on Mulligan Day. Whether it is a former relationship with a friend or loved one, an old hobby that you abandoned or a past mistake that needs rectifying, you can give it another go on Mulligan Day.

Commonly used in games such as golf, the term ‘mulligan’ derives from the 1920s when Canadian golfer David Mulligan made a mistake during a game and retook his shot. Since then, to ‘call a mulligan’ means the chance to try again.

Everyone deserves to have a second chance in life, right? And this is what Mulligan Day is all about. If you don’t succeed at first, try and try again! After all, we aren’t all perfect. We are going to make mistakes. We should not feel bad about doing something wrong. We should see it as an opportunity to learn and to do it better the following time.

There are a number of different reasons why Mulligan Day is such a good day to celebrate! After all, aren’t second chances good for everyone? Although we always want to do things correctly right away, immediate success is not always possible. In fact, it is very rare. We should embrace our human faults. Don’t simply admit failure and give up. Instead, take a deep breath, think about where you went wrong, learn from it, and try it again.

Overall, Mulligan Day is a positive day because it helps us to be more confident and accepting of ourselves, and we can also use the day to encourage other people too. When you see someone failing at something or struggling to get it right, you shouldn’t laugh at them or discourage them. You should give them encouragement, and offer them advice if they would like some. Imagine how much of a better place the world would be if we all had this sort of attitude and helped one and other to achieve their goals!

In order to understand Mulligan Day, we need to take a look at the different uses of this theory. While we use this to refer to the golfer, there have been a number of different takes on Mulligan theory throughout history. For example, we can date this back as far as 1793, when the term “mulligan” was used in reference to Thomas Mulligan. He was a passionate golfer and a minor Anglo-Irish aristocrat.

It was then in the 1920s that the Canadian golfer, David Bernard Mulligan, would ask for a second shot off the first tee. This was when the term “mulligan” was coined and became more widespread. It was in the 1940s that the term was approved by the United States Golf Association for widespread use. It was not until later, in 1985, that David Mulligan actually confirmed the story about his additional shots in an interview.