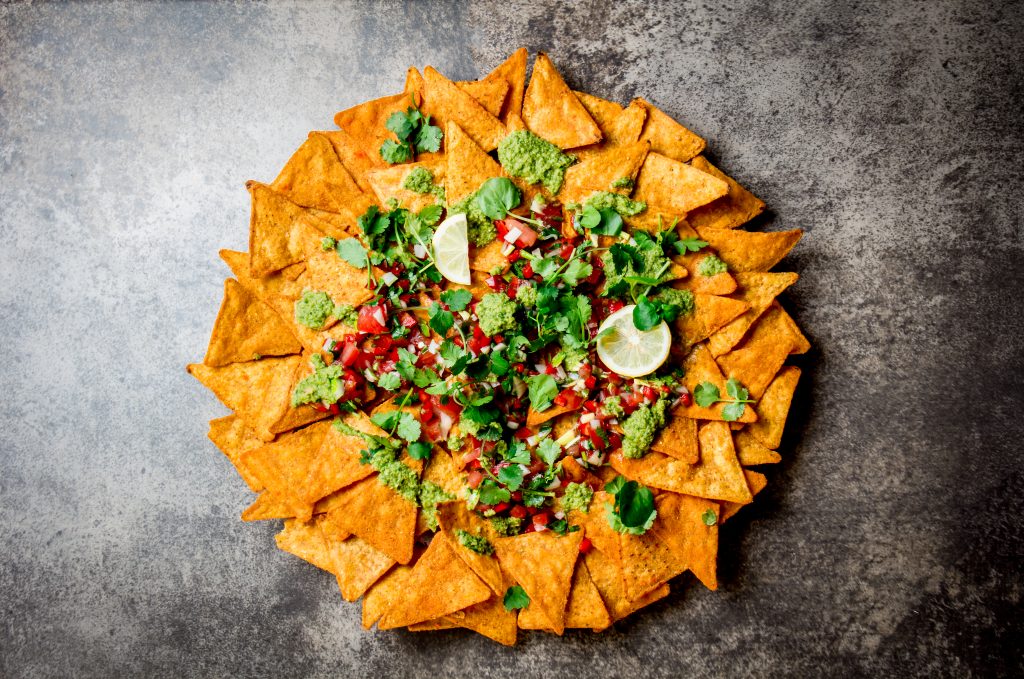 Sometimes they’re hot and spicy. Sometimes they’re cheesy. Sometimes they make a mess everywhere. But one thing is certain: they’re delicious, and a favorite in many parts of the world. Yes, we’re talking about nachos. What food deserves its own holiday more than nachos? From the kitchens of Texas to the Rose Bowl Stadium, nachos have more then earned their fame. And their own day. Nachos Day.

Nachos originated in Piedras Negras, Mexico, just across the border from Texas. One day in 1943, when the wives of some American soldiers stationed nearby came into his restaurant, the maitre d’hotel, whose name was Ignacio “Nacho” Anaya, had to make them something to eat. The problem was that is was evening, and already a few minutes past closing time, so Ignacio really didn’t have enough ingredients left over to make any real, full dish—all he had were a few tortillas, some shredded cheese and some pickled jalapeno peppers.

So he cut up the tortillas into pieces, sprinkled what else he had over them, and baked them for a few minutes before serving them to melt the cheese. The women greatly enjoyed the snack, and when they asked Ignacio what it was called, he answered “Nacho’s especiales”. The word of this new hot snack traveled fast through Texas and the Southwest. Ignacio Anaya himself went on to work at the Moderno Restaurant in Piedras Negras, which still uses the original recipe till this day.

He also opened his own restaurant later on, called, “Nacho’s Restaurant”, in Piedras Negras as well. Anaya’s original Nachos recipe was printed in the 1954 St. Anne’s Cookbook. A few years later, a modified version of the original dish, with cheese sauce and prepared tortilla chips was marketed in 1976 by businessman Frank Liberto during various sporting events taking place in Arlington, Texas. This version became known as “ball park nachos”.

How to celebrate Nachos Day

Obviously, there is not better way to celebrate Nachos Day, which falls on November 6th, than to cook up some good old-fashioned nachos on your own.  Granted, there are many varieties and toppings, but here is a simple yet delicious recipe for homemade nachos:

Preheat your oven to 200 degrees Fahrenheit. You could use a microwave, but the chips get much crispier from being in a real oven. Arrange the chips in an oven-safe dish. Spread the chips out–the more you spread them out, the more room there’ll be for cheese and the less “disappointing” nachos there will be with next to nothing on them.

Next, grate the cheese, and mix both kinds well. Spread the grated cheese evenly over the chips. Spoon the salsa over the cheese-covered ships, and then sprinkle the jalapeno slices overtop of everything. Bake until the cheese has melted and starts bubbling, about 10-12 minutes, taking care to make sure the nachose don’t start burning.

After you remove them from the oven, WAIT about 1 minute before you dig it. It may seem torturously difficult to wait, but waiting is still much better than burning your mouth, tongue and throat with nearly boiling cheese. Serve while still very warm, and enjoy!

Famed sportscaster Howard Cosell, turns an entire nation onto a new snack during a game between the then-Baltimore Colts and Dallas Cowboys.

Nachos are a home run