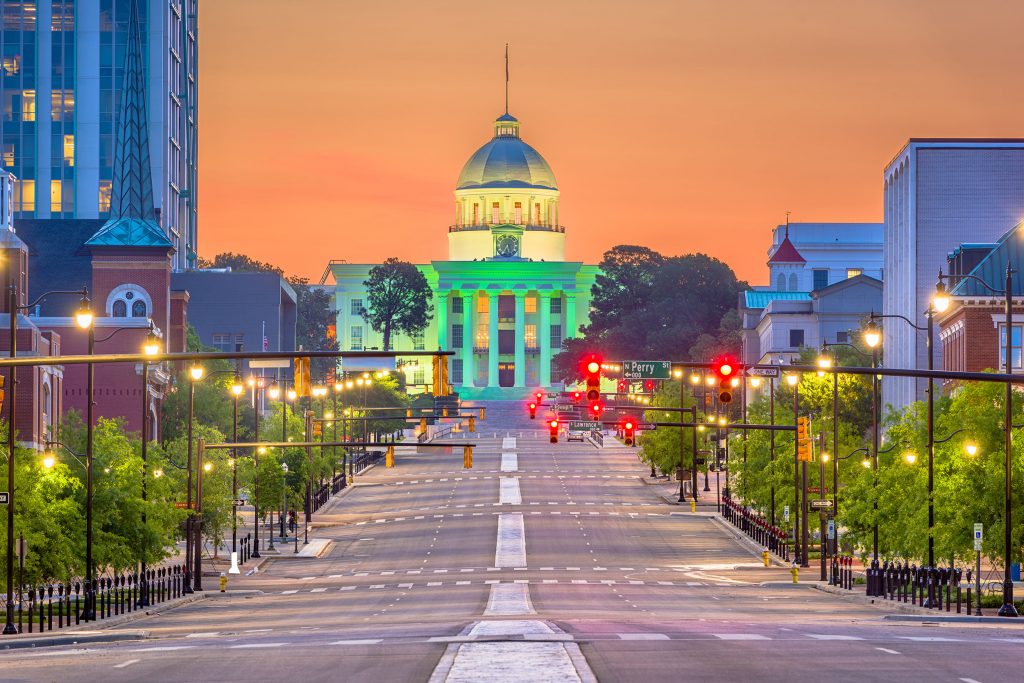 On December 14th of each year, we recognize The Yellowhammer State, with National Alabama Day, in honor of the day in which it achieved statehood.

Alabama became a state of the United States of America on December 14, 1819. After Indian Removal forcibly displaced most Southeast tribes to the west of the Mississippi River to what was then called Indian Territory (now Oklahoma), European-Americans arrived in large numbers, bringing or buying African Americans in the domestic slave trade.

Alabama is the only state in the U.S. to have an alcoholic beverage as its official drink. The Conecuh Ridge Whiskey (officially called “Clyde May’s Alabama Style Whiskey”) is a high-quality aged moonshine whiskey from Conecuh Ridge Distillery Inc. It was designated the official “State Spirit” of Alabama by legislative resolution in 2004.

Windshield wipers were invented in Alabama. In the winter of 1903, Alabaman Mary Anderson visited New York and while in a streetcar she watched how the motorman had to leave the vehicle and wipe the snow and sleet from the windshield. As a solution, Anderson came up with the idea for a swinging arm device with a rubber blade that the driver could use inside the vehicle. Anderson received a patent for her car-window cleaning device but never sold her idea. However, by 1913 mechanical wipers became standard features on American cars.

Alabama was actually the first place to celebrate Mardi Gras. New Orleans has a well publicized history with Mardi Gras, but the first celebration actually took place in Mobile, Alabama. According to the Mobile Area Chamber of Commerce, the city’s first Mardi Gras celebration was in 1703, just a year after the city was founded (fifteen years before New Orleans was founded).

Dotham Alabama is the “Peanut Capital of the World”. About 50% of the peanuts grown in the United States are grown within a 100-mile radius of Dothan, Alabama. Alabama has about 900 peanut farmers and is the 3rd largest producer of peanuts in the U.S.