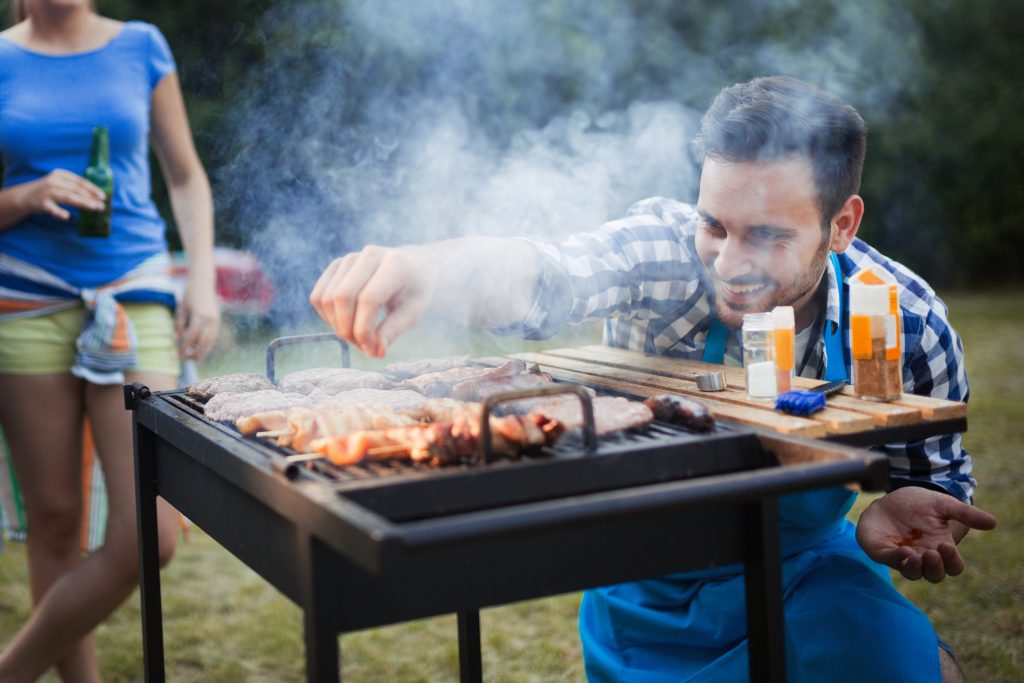 If the mouthwatering aromas wafting down the street haven’t told you, we will; May 16th is National Barbecue Day!

The purist in the world of barbecue either uses charcoal, wood, or gas and slow cooks the protein over indirect heat. While the type of protein and seasonings vary, each part of the country specializes in its own flavors and sauces.

For example, more tangy BBQ with a vinegar base can be found in North Carolina. South Carolina leans toward a sweeter sauce. The sauce can be applied thick or thin, giving it more of a glaze. Turn up the heat by adding spices and peppers. Smoking meat is another way to add flavor and tenderness, too.

Unique ingredients come from ketchup, mustard and Worcestershire, brown sugar, soy, and molasses. But you never know what combination of spices a barbecue master has in his or her repertoire. They’ve spent years perfecting their trade.

Pork is the original barbecue meat, but beef, chicken, lamb, and other proteins find their way into barbecue. If you think it’s just about the meat, you’d be wrong. The sides are just as important when it comes to a good barbecue. An ideal coleslaw will pair well with a shredded bbq pork and make the perfect sandwich.  The macaroni and cheese, potatoes, and bbq baked beans – these are all staples of barbecue flavors.

First let us begin with a simple definition, what is barbecue? Barbecue is a process by which food is prepared over an indirect heat, and is flavored by the smoke produced by the source of that heat. In that one simple sentence, you begin to get an idea of just how complex the process of proper barbecuing can be. Everything you do when preparing a barbecued meal changes the flavor of the end product. That’s where you get the term “apple smoked” or “mesquite grilled”, these meals have all been touched by the flavor of the wood-smoke they were cooked over.

The origins of barbecue seem to lay with the indigenous Haitians encountered by the Spanish when Columbus first arrived. They discovered them cooking meat on sticks suspended above the fire, flavored by the smoke and heat, and brought the process back home. So it was that term barbacoa entered the Spanish lexicon, and it didn’t take long from there for it to become barbecue. The process has spread all over the world and is now used to prepare all sorts of things, from every type of meat imaginable to fruits and vegetables. Anything is possible with Barbecue Day!