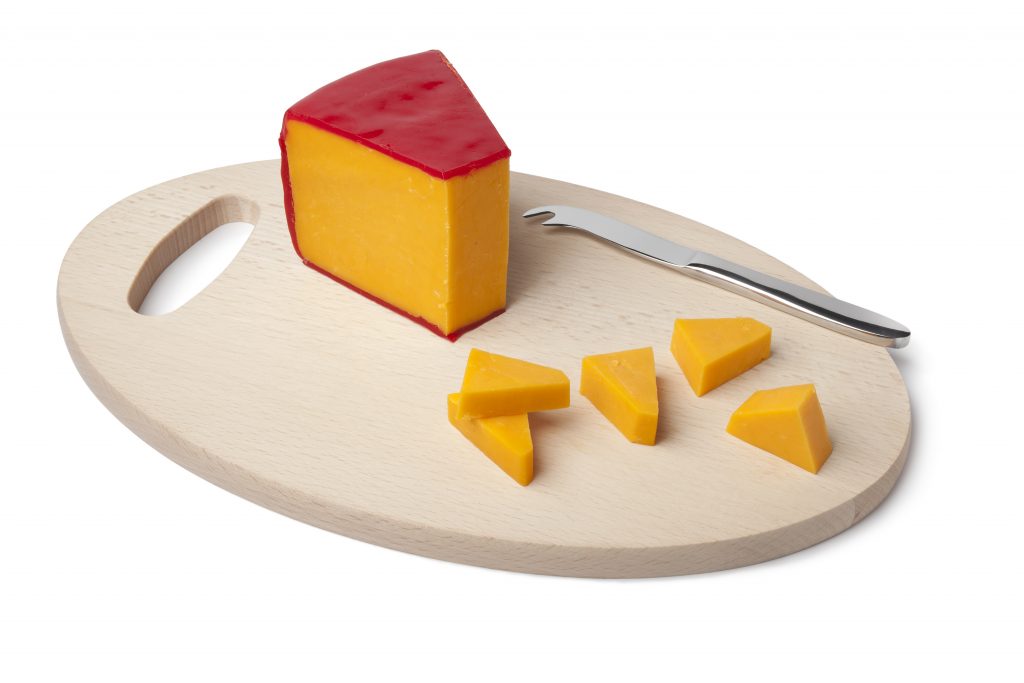 Grilled cheese would be buttered bread without melt-able slices piled high; burgers would be lackluster without a perfect ooze; mac & cheese would just be…mac, to be frank. So many of our iconic American dishes simply wouldn’t be the same without a slice of cheddar’s deliciousness.

There’s some history to this love of cheddar as well. How exactly did cheddar become a staple in so many of our favorite foods? Let us tell you!

Cheddar first rolled into being in the village of Cheddar in Somerset, England in the 12th century. While cheddar accounts for more than a third of all the cheese sold in the United States, it is a royal hit in the United Kingdom where it was created. In fact, more than half of the cheese sales in the UK go to cheddar.

In 1894, renowned cheesemaker Peter McIntosh brought his cheese-making skills to Tillamook County, Oregon where it rains a lot and the grass was always green. He taught the locals all he knew, and in due time he earned himself the nickname “Cheese King of the Coast.” Today, there are more cows than people in Tillamook, and those local farmers have since formed the farmer-owned cooperative we know today as the Tillamook County Creamery Association.

No wonder cheddar finds its way into so many recipes or a simple snack. That rich, creamy and sometimes crumbly flavor is what keeps us coming back for more, bite after delicious bite.

After over a century spent perfecting its award-winning cheddar recipe, Tillamook founded National Cheddar Day on February 13, 2019, to celebrate its 110th birthday and share a passion for cheddar with cheese-lovers nationwide, giving cheddar a day to shine on its own.

Founded on the coast of Oregon this farmer-owned cooperative continues to produce the most consistent, best tasting, high-quality dairy products made the most natural way possible. Guided by its values and the belief that everyone deserves real food that makes them feel good every day, Tillamook has earned top awards for their cheese, ice cream, sour cream, butter, and yogurt products made the Tillamook Way. Committed to unwavering values that never sacrifice quality for profit, Tillamook is excited to share National Cheddar Day with cheddar lovers everywhere for years to come.

In 2019, the Registrar at National Day Calendar® proclaimed National Cheddar Day to be observed every February 13th.