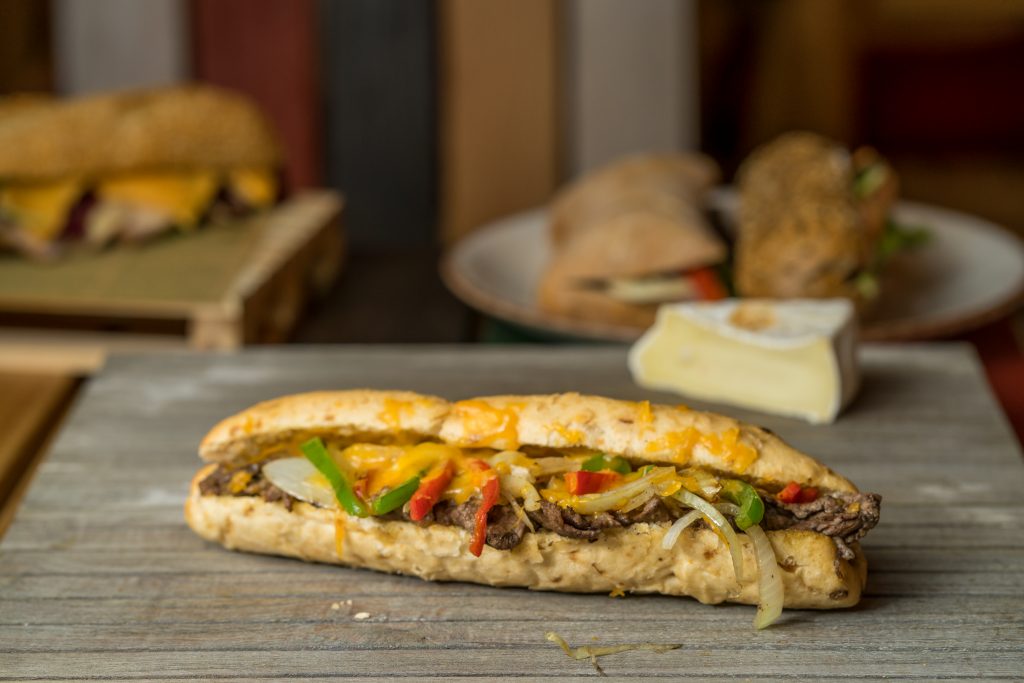 National Cheesesteak Day on March 24th not only celebrates a fantastic sandwich but it recognizes one of this nation’s greater debates; Who created this deliciousness?

It’s like March Madness for a cheesesteak. Pat’s and Geno’s square off at 10 AM followed by Chubby’s and Dalessandro’s at 11 AM. Then Jim’s and Tony Luke’s at Noon. Basketball fans know how brackets go. Someone is gonna get a by.

However, the credit is given to a hot dog vendor from the 1930s, Pat Olivieri. According to Philadelphia’s tourism site, Pat’s King of Steaks sits on its original location and is still going strong. This writer has had a cheesesteak from there and would in a heartbeat go back.

The important thing is this fabulous, juicy sandwich on a hoagie roll. If you’ve never had one, you can really only get an authentic one in Philly. Other places try, so go where you can, but someday, Philadephia is the real deal.

The roll is filled with chipped steak, and you can order it with or without cheese and onions.

Unfortunately, as it happens with many food holidays, the origins and founder of National Cheesesteak Day are unknown. It could have been created by a cheesesteak fanatic, or by a restaurant wanting to promote their cheesesteak offers, perhaps we will never know.

And similarly to its celebratory day, the origins of the cheesesteak sandwich are not unknown, but they are very much debated. It seems no one can agree just how this American classic was invented.

The most popular theory, supported by Philadelphia’s tourism website, is that two hot dog vendors from Philly, Pat, and Harry Olivieri, created the cheesesteak in the 1930s. One day, Pat and Harry decided to make a sandwich using grilled sliced beef and onions (the original version did not have cheese), when a taxi driver stopped by their hot dog stand and asked to try it. The man suggested that Pat and Harry should stop selling hot dogs and start selling this steak sandwich. And they did! The steak sandwiches became so popular that Pat eventually opened Pat’s King of Steaks, a restaurant that is still open today.

You can now eat cheesesteak in family-owned businesses, street food trucks, fast food chains, and even high-end restaurants. It has really become a Philadelphian institution, so divisive that you can even rival cheesesteak restaurants in Philly, and most people in Philly have a very strong opinion of where you can find the best cheesesteak.

WHY WE LOVE NATIONAL CHEESESTEAK DAY