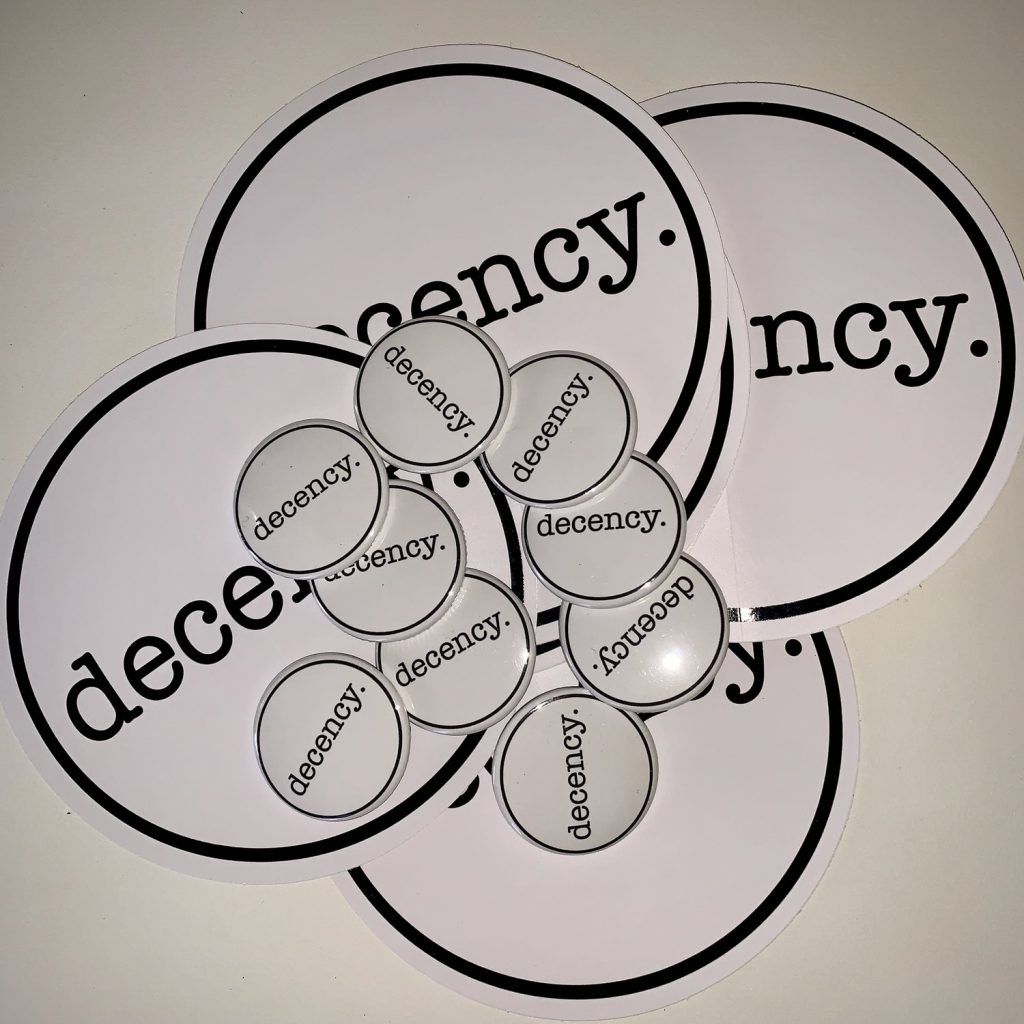 National Decency Day on May 14th celebrates the basic standard of civility that every American deserves. DECENCY is a non-partisan grassroots movement launched to inspire decency in everyday life – in both conversations and actions. By raising awareness, the movement aims to encourage schools and local community groups to embrace DECENCY and integrate it into both curriculum plans and service projects.

DECENCY is all about:
Active listening
Better understanding
Compassion

Decency offers an opportunity to be better role models for our children. If we can all be civil with one another, we are setting the right example.

In July 2017, DECENCY went national when 535 DECENCY buttons were mailed to each member of U.S. Congress. By September 2017, DECENCY had been recognized on the floor of the U.S. House of Representatives, with a speech encouraging both sides to reach across the aisle with civility. Since then, Shelter Island Union Free School District (New York) and Suncoast Elementary School (Florida) have incorporated DECENCY into their curricula and engaged their local communities.  “The DECENCY movement represents a moment in the midst of the polarized atmosphere in which we find ourselves for all people to reclaim the tradition, practices and skills for civil discussion of our differences of opinion. Centering the focus on DECENCY marks a valuable opportunity for schools to reaffirm this standard of civil discussion for students of all ages and to talk through the practicalities of how to treat everyone with respect and master the art of listening,” said Lisa Cholnoky, founder of DECENCY.

Schools and community groups in over 25 States have enlisted their hometown governments and school boards to issue proclamations for their own local DAY OF DECENCY on May 14th – – part of a nationwide effort to put DECENCY back on the map and to engage students, educators, family and community members to promote civil discourse.

By raising awareness, the movement aims to encourage more participants to embrace DECENCY and integrate it into both curriculum plans and service projects.   “Our children need role models,” said Cholnoky. “If we can all be civil with one another, we are setting the right example.”

“As Americans, we cherish our freedom to dissent, but we must always bear in mind that these debates should be productive and substantive,” said Rep. Zeldin. “National Decency Day is a call to action to engage in civil discussion in the midst of bitter divisiveness, and I thank Ms. Cholnoky for championing this issue and empowering so many Americans to do the same. Thanks to her hard work, what first started on Shelter Island in New York’s First Congressional District is a movement spreading all across our great nation.”

“During my time on the campaign trail last year I was inspired by the number of doors I knocked and how many residents asked for one thing — decency,” Rep. Madeleine Dean, D-Pennsylvania, said. “and I carried that message with me through the campaign and into Congress. Americans deserve government officials who lead with decency, honesty, and heart.”

The Congressional Civility and Respect Caucus, led by Congresswoman Joyce Beatty (D-OH) and Congressman Steve Stivers (R-OH), emphasized the importance of civility, saying, “Whether you are in the halls of Congress or the halls of your school, acting with civility and decency is incredibly important; without it, we cannot hope to find common ground and solve the problems facing our communities.  Today, and every day, let’s remember that we can disagree without being disagreeable.”