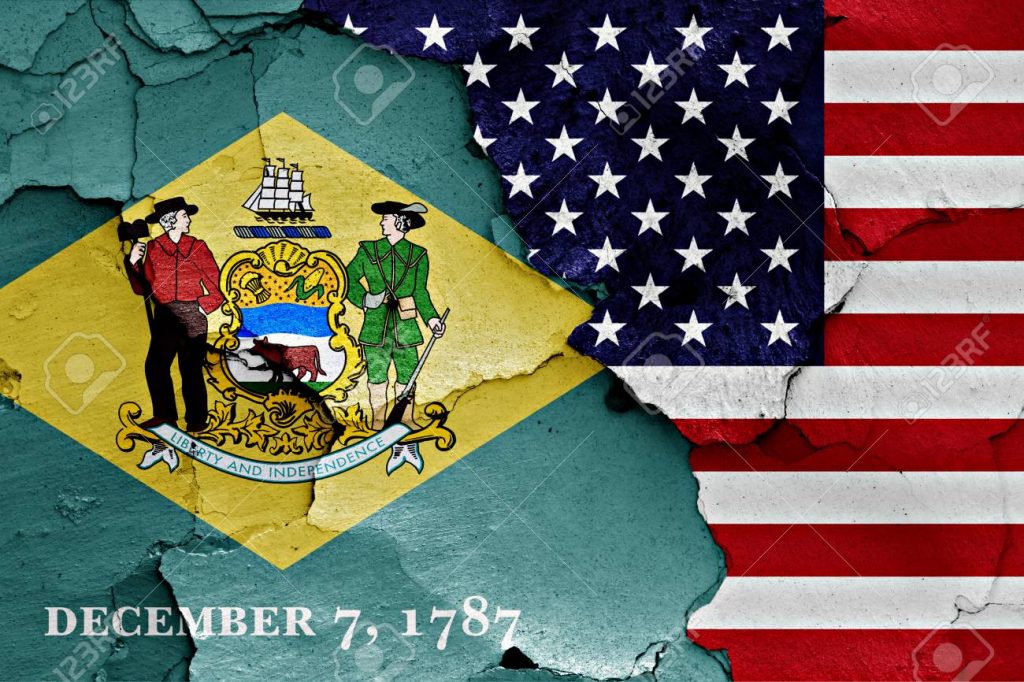 National Delaware Day is celebrated each year on December 7. It’s a day recognizing the First State’s declaration of independence from the British.

Since announcing its independence from Great Britain several weeks before the enactment of the Declaration of Independence in 1776, the General Assembly has functioned as the legislative body of “The Delaware State.” 11 years later, on December 7, 1787, the State of Delaware became the first state to ratify the newly enacted U.S. Constitution, thus earning the distinction by which it has been known ever since, that of “The First State.”

Delaware is known by this nickname due to the fact that on December 7, 1787, it became the first of the 13 original states to ratify the U.S. Constitution. “The First State” became the official State nickname on May 23, 2002 following a request by Mrs. Anabelle O’Malley’s First Grade Class at Mt. Pleasant Elementary School.

Rich in history, Delaware’s lands once belonged to New York and later Pennsylvania. But the independent spirit of this beautiful coastal countryside is more than just legendary.

The Delaware River and Bay derived their names from the 12th Baron del la Warr, Thomas West, a governor of Virginia. The name later carried over to the land as well.

During the Second Continental Congress, Delaware’s delegates created a bit of suspense for the history books! Read more under Caesar Rodney and George Read.

Delaware became official in 1776 when the 13 colonies declared their independence from the British government, and Delaware adopted its first territorial state constitution.

Delaware is proud of its First State status. With that comes many other firsts.  Delaware boasts the earliest Swedish settlers in 1638, who built the Old Swedes Church, which still stands. Now known as the Holy Trinity Church, it is one of the oldest churches in America. Swedish settlers built the first log cabins on American soil, too.

The Stars and Stripes flew for the first time during the Revolutionary War, the only battle on Delaware soil.

Shipbuilding became a big business first in Delaware in 1840. The first iron shipbuilding yard in the United States was founded in Delaware by Samuel Harlan of Betts, Pussey, and Harlan – machinery makers.

From ships to rails, Job H. Jackson and Jacob F. Sharp founded the Jackson and Sharp Company of Wilmington in 1863. By 1871 they built the first narrow-gauge railcar in the United States.

The coastal state also lays claim to the first bathing beauty contest in 1880. To attract business to a summer festival, the competition was held at Rehoboth Beach. Thomas Edison was one of the judges.

Delaware is a hub for manufacturing and munitions known as the Chemical State. In 1939, the world’s first nylon manufacturing plant opened in Seaford under the name of Dupont.

From land to sea, Delaware satisfies the appetite all season long. Once known as the best producer of peaches until a blight wiped out the orchards in the late 1800s, the state is making a comeback, and the peach blossom is their state flower.

Summer boardwalks and beaches fill with the salty sweetness of taffy and crab cakes made from the region’s blue crab.

The world’s largest maker of scrapple, RAPA Scrapple Company, calls Bridgeville, Delaware home. Also, the home of the World Champion Pumpkin Chunkin competition in the heartland of the state, an autumn drive will fill your basket with fresh produce, poultry, and the season’s best baked and canned goods the farmers’ markets can produce.

How big is Delaware? Two thousand forty-four square miles, which is 96 miles long and 39 miles wide.