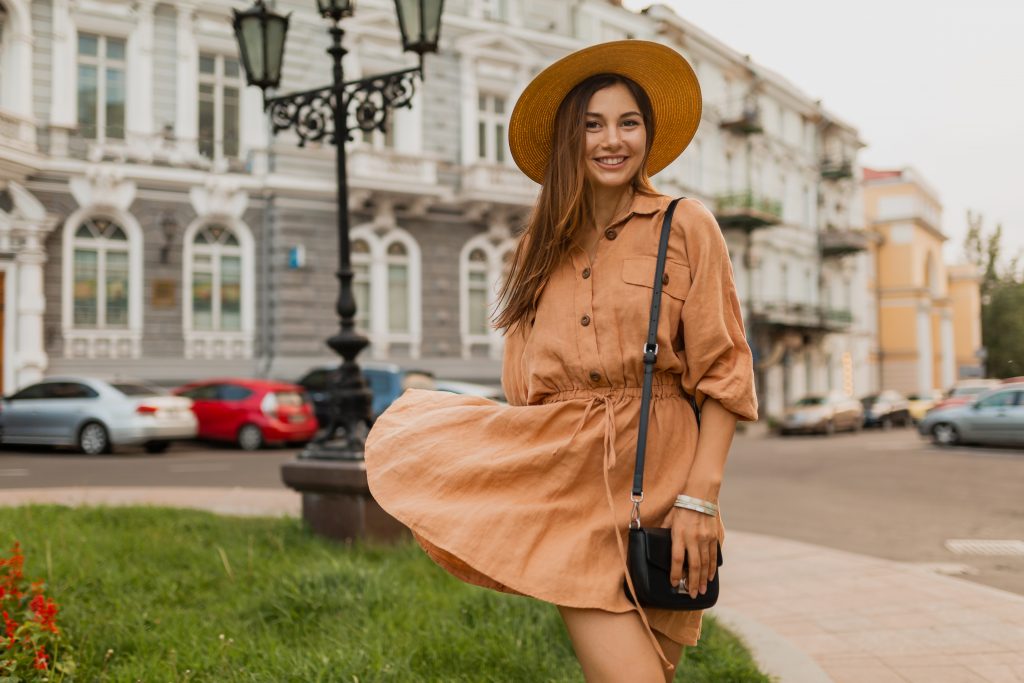 On March 6th, observe National Dress Day by reflecting on memorable events when we recall dearest memories of what we were wearing.

Dresses have been worn for hundreds of years. Today, they come in a variety of shapes and designs. From long, mini, fit, and flare to the ball gown and A-line, there are many ways to celebrate. Throughout the years, dress designs have changed drastically! However, they still provide a distinctive look and one-of-a-kind fit, adding a level of poise and confidence to any event.

On our most important days, we seek out the perfect dress made for the occasion.  Whether it is prom, an interview, a first date, or a big wedding day, National Dress Day will give us all a reason to relive some of our dearest memories.  We invite you to celebrate National Dress Day with us on March 6th.

Dresses now come in a variety of cuts, designs, fabrics, prints, hemlines, and styles, and you can easily find at least one style you like that flatters your figure. But did you know that dresses started out as menswear?

1. Dresses were not originally a trend amongst women.

In many cultures all over the world, dresses had been worn by men. For instance, the Scottish kilt and the toga worn by the ancient Greeks were all part of menswear. It was only later on that women appropriated dresses, and men ceased to wear them.

2. In the 19th century, dresses took on a dramatic shape: the hoop-skirt and crinoline-supported styles were typically worn during the early 1800s.

3. The dress went through a major reform during the Victorian age. Also known as the rational dress movement, the Victorian dress reform took place during the middle and late Victorian era, from the 1860s to 1890s. Reformers proposed, wore, and even designed clothing that was more sensible and comfortable than what they wore during that time.

The movement’s most notable reform was in women’s undergarments, but it also influenced women to adopt more simplified garments for athletic activities like swimming or bicycling. Dresses also took on a more streamlined silhouette, particularly undergarment slips.

4. Dresses were very much influenced by the social climate of the time. In the early 1920s, they took on more masculine styles. Menswear-inspired fashion was all the rage even back then, as women tried to appropriate menswear fashion to achieve equal social status. These dresses featured strong angles and were made from sturdy materials. It was only later in the 20s that shorter, flirtier hemlines came into vogue (as below), and dresses returned to a more feminine ideal.

5. The 30s and 40s saw a notable cultural shift in attitudes towards women, who were gradually becoming more liberated within society thanks to the women’s movement. This had a significant impact on the fashion of the times, in which garments veered towards more revealing and daring styles. Women’s dresses came with lower backs and tucked-in waists and basically strove to enhance and emphasize the female silhouette when they were previously concealed.

The Great Depression and World Wars saw dress hemlines shrinking to save money, textiles, and time. This later gave rise to the mini dress of the 1960s.

6. The 60s was sartorially characterized by the mini mod dress, where hemlines shrunk, and the mini shift dress was popularised by waif-thin model Twiggy and was typically paired with doll-like makeup and teased hair.

Dresses in the hippie seventies, however, went long, as loose, flowy maxi dresses came into fashion. These days, dresses are a throwback to these decades — maxi and mini dresses are popular styles given a contemporary revamp with architectural details and modern lines.