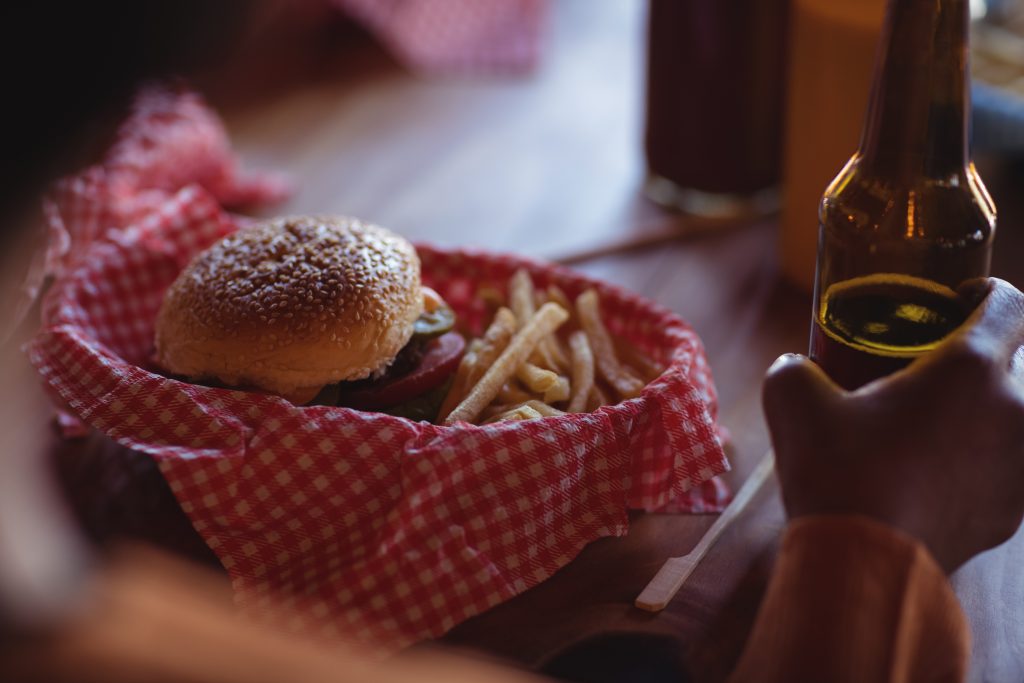 On November 16th food lovers get a dose of their favorite convenience food on National Fast Food Day. Whether they use the drive-thru, dine-in or get it to go, fast food will grill up, fry up and broil up menu staples.

First popularized in the United States in the 1950s, fast food is considered any meal with low preparation time and served to a customer in a packaged form. The meal makes for quick dine-in, take-out or take-away. Most fast-food restaurants offer drive-thru service.

Much like today’s food trucks, Walter Anderson first began selling hamburgers out of an old streetcar body at a Wichita intersection. While the menu was limited, the hamburgers were a crowd-pleaser. When the popularity of his hamburgers grew, he partnered with E.W. Ingram and opened the first White Castle in 1921 in Wichita, Kansas. The enterprising restauranteurs were the first in the fast-food business. They sold hamburgers for five cents each.

The United States has the largest fast food industry in the world.  American fast-food restaurants are located in over 100 countries.

Fun fact: The first Happy Meal was served in June of 1979.

While fast-food began as sandwiches and sides, the menus expanded over-time. Today fast-food includes fish, a variety of fried chicken, tacos, pizza and a wide selection of sides. Sodas quench the thirst and desserts sweeten the menu. From ice cream and shakes to pies and cakes, fast food delivers.

As times changed, restaurants added breakfast items to the menu, too. Expanding their hours increased their workforce and their menu options, as well. However, not all fast-food chains offer breakfast.

How to Celebrate Fast Food Day

The start with you can celebrate Fast Food Day by dedicating every meal to a different variety of fast food. Stop in a McDonald’s for a breakfast burrito, fried tater discs, and an orange juice, and then stop in at Burger King for a Whopper with Onion Rings and a Strawberry Shake! Then to round it all off find the nearest KFC and round it all up with a big ol’ basket of chicken, because that’s how Fast Food Day rolls!

To add a little bit of variety to your experience, ask about the ‘secret menu’ most Fast Food restaurants have. These aren’t really secret, so much as a list of discontinued items that are still able to be made with the ingredients from the normal menu. Jack in the Box, for instance, has a Bacon Bacon Cheeseburger made with Bacon Bits, Bacon Strips, Two Patties, and cheese that is just to die for (or from?).

Don’t let Fast Food Day go by without drowning yourself in the indulgence that is the rich and delicious foods from your favorite take-out place!