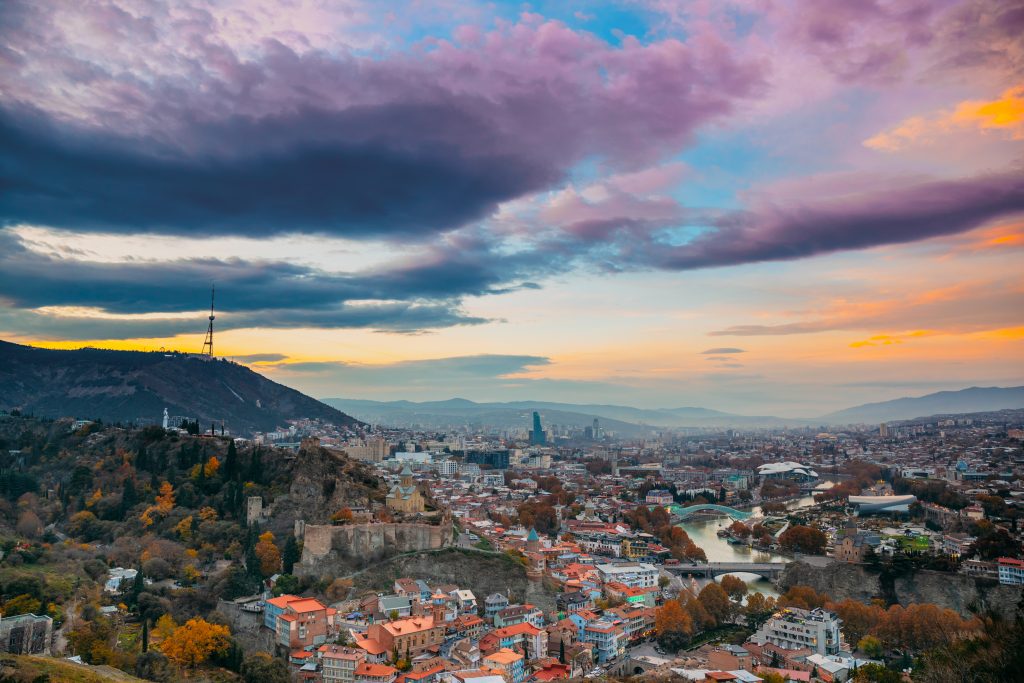 National Georgia Day is celebrated each year on January 2nd in honor of the day it officially became a state, which was January 2, 1788.

The 13th colony and the 4th state to enter the Union, National Georgia Day recognizes the natural wonders and immense complexities of this bastion of Southern culture.

Georgia is home to the invention of the Cherokee written alphabet. Amicalola Falls in Dawsonville is the tallest cascading waterfall east of the Mississippi River. The Okefenokee in south Georgia is the largest swamp in North America. Georgia has actually had three governors – simultaneously – twice!!

Politically and socially, a divide has always seemed to exist. Considering Georgia was initially established as a barrier of fortification between South Carolina’s southern border and the Spanish settled in Florida, perhaps Georgia lived up to destiny.

Georgia initially prohibited slavery in 1735. She was the only one of the 13 original colonies to do so. The prohibition lasted 15 years. Leading up to the Revolution, Georgia leaned toward supporting the crown and was the single colony not in attendance at the First Continental Congress.

During the Second Continental Congress, Georgia first sent one delegate, Lyman Hall. However, Hall didn’t vote because he only represented a single parish in Georgia. The colony later sent Button Gwinnett and George Walton as official delegates. All three signed the Declaration of Independence.

Wars were destructive for Georgia. Her people and the economy suffered, and the resistance to social change persisted.

During the 20th century, industrial and technological advancements found a niche in Georgia’s economy. Georgia rebounded once more as a hub for airlines, military bases, and international corporations.

When it comes to Georgia, words that come to mind include home cooking and comfort food. Don’t be surprised by the serving size and the number of fried foods or desserts. Two things are certain: they’re made from the heart and delicious!

Just about anything can be fried, including okra, green tomatoes, chicken, seafood, and Vidalia onions. Since 1986, those sweet onions have grown in Vidalia and 20 Georgia counties and nowhere else by Georgia law.

Peaches are to Georgia like sunshine is summer. Take a bite out a ripe one and let the juice run down your chin. Or, enjoy all the wonderful peach pastries or canned peaches Georgia has to offer.  From pies to jellies, there are so many ways to bring the flavor of Georgia home with you.

Grab a Coca-Cola and some boiled peanuts to enjoy the summer weather. Georgia is home to Coca-Cola, and enjoying salty peanuts goes back to the Civil War era.

Real BBQ finds a home in the South, and in Georgia, you better show up early, or you won’t get served. When it’s done right, there’s bound to be a limited supply, so it sells out early, too!

When the air is cool, a Brunswick stew is in order. With tomatoes, lima beans, corn, okra, potatoes, chicken, beef, or any game to be had, this one-dish meal will warm the whole family up on cold, Southern evening.

Did you know that Georgia was the birthplace of wine?

It’s hard to imagine a world without wine (especially at the moment!), and we have Georgia to thank for its creation! They have been making and perfecting this wonderful beverage for at least 8,000 years. The technique they use for their winemaking which involves a clay jar called a Qvevri, has even been listed on the UNESCO Intangible Cultural Heritage of Humanity list.