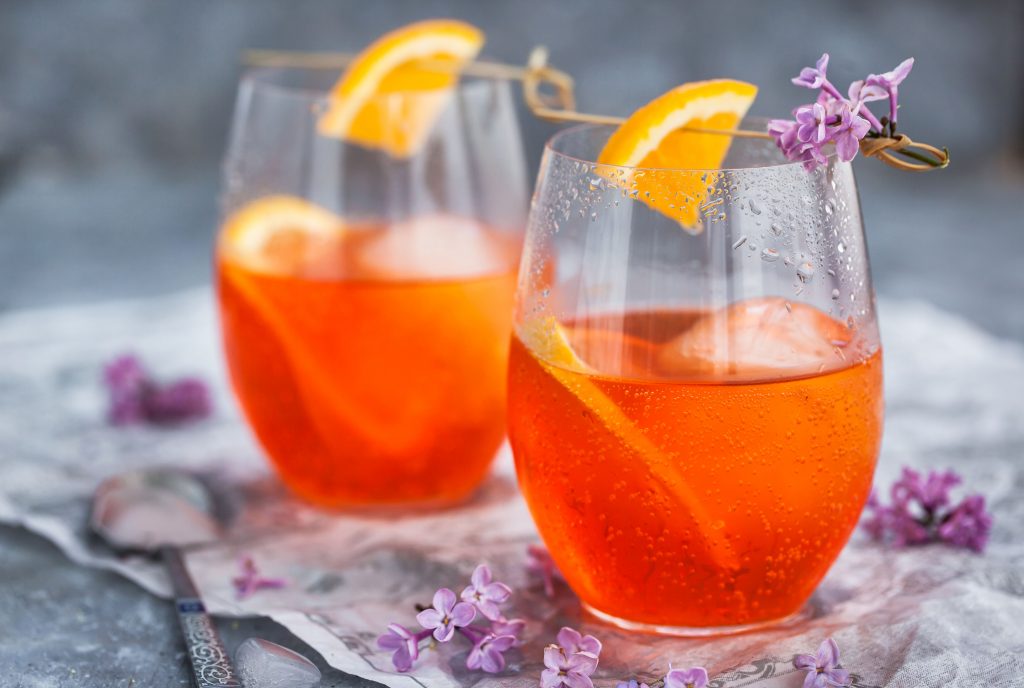 National Harvey Wallbanger Day on November 8th recognizes a fruity and spirited cocktail made with 3 parts vodka, 1 part Galliano and 6 parts orange juice. Pour it into a highball glass and garnish it with an orange slice and a maraschino cherry.

In 1968 at a chili tasting in San Diego, Harvey Wallbangers were being served along with a story explaining the cocktail’s origin. According to the story, the remains of a Laguna Beach party included vodka, Galliano, and orange juice. When the party-goers left, Harvey remained, banging his head against the wall.

However, accepted lore credits the invention of the cocktail to the three-time-world-champion bartender, Donato ‘Duke’ Antone. He operated Duke’s Blackwatch Bar on Sunset Boulevard in Hollywood. Over the years, Antone collected quite a few credits for famous beverages. As a bartender, his resume was impressive – inventor of the Rusty Nail, White Russian, and Flaming Russian. According to the bartending wizard, in 1952, a surfer named Tony Wallbanger inspired the cocktail. Perhaps, the party in Laguna Beach is a version of Antone’s. However, no one has been able to identify the inspirational surfer.

Harvey Wallbanger remained a quiet little secret in the San Diego area until around 1968. Then, William Young and George Bednar launched him (or it) onto the international scene. Marketing director for McKesson Imports Company (maker of Galliano), Bednar alongside graphic artist Bill Young, developed a successful marketing campaign. They created the Harvey Wallbanger character that exploded in late 1969 and the early 1970s.

Harvey Wallbanger is the name and I can be made! ~ 1969 Galliano marketing slogan

The drink’s name become a metaphor to describe someone who goofs off or makes mistakes. Often attributed to politicians or sports figures, it’s interesting to note, Harvey Wallbanger was frequently a write-in vote at election time.

How to celebrate Harvey Wallbanger Day

The best way to celebrate Harvey Wallbanger Day is simple, at some point during your day enjoy a nice refreshing Harvey Wallbanger. Of course, an even better way is to get a group of friends together and have a night of mixed drinks, starting with a Harvey Wallbanger! Want to add a masquerade feel to it? Have people dress up in their best rendition of the Harvey Wallbanger character, which is a great way to honor the ad campaign that made it famous, and the life of the man who drew the character, graphic artist Bill Young.

How To Make A Harvey Wallbanger

To make this drink, you simply take the vodka and pour it into a highball glass with ice, and add orange juice until it’s almost full. Pour a measure of Galliano over the back of a spoon to float it on top of the drink and garnish it with an orange slice.